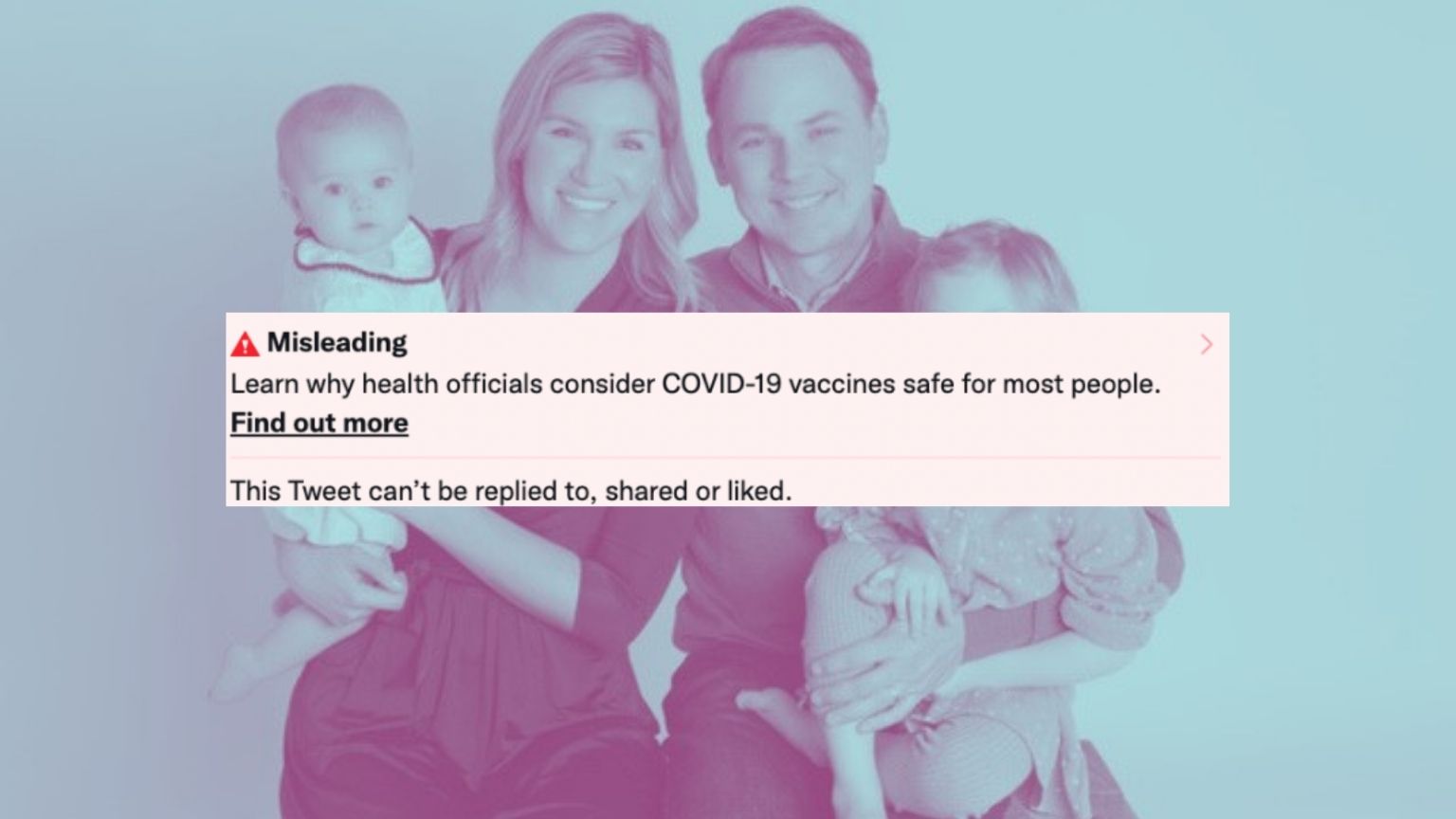 Twitter’s fact-checkers appended a “misleading” alert to an obituary about a young woman who allegedly died after contracting a rare blood-clotting condition provoked by the COVID-19 vaccine.

After being accused of going so far with its censorship that it would resort to censoring an obituary, Twitter relented to the backlash and reversed the censorship.

The woman in question, Jessica Berg Wilson, a 37-year-old mother of two, died in the first week of September from Vaccine-Induced Thrombotic Thrombocytopenia, a rare blood disorder in which small clots grow throughout the body, damaging platelets and preventing blood from reaching key organs. According to her obituary, Wilson’s greatest life ambition was to “be the best mother possible” to her daughters Bridget and Clara.

“She had been vehemently opposed to taking the vaccine, knowing she was in good health and of a young age and thus not at risk for serious illness. In her mind, the known and unknown risks of the unproven vaccine were more of a threat,” it read.

Kelly Bee, a Twitter user, posted Jessica Berg Wilson’s obituary with the statement, “an ‘exceptionally healthy and vibrant 37-year-old young mother with no underlying health conditions,’ passed away from COVID Vaccine-Induced Thrombotic Thrombocytopenia. She did not want to get vaccinated.” 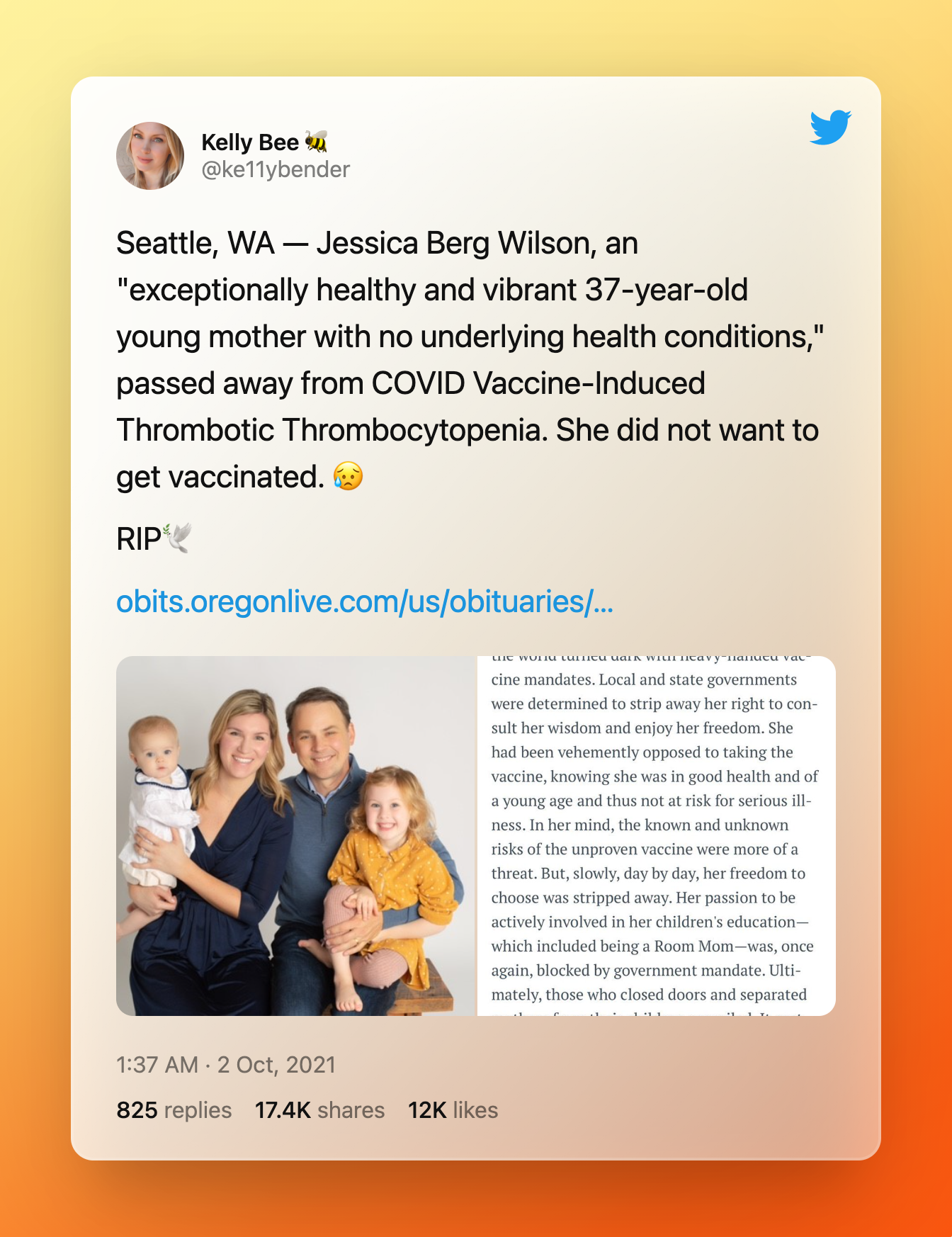 However, Twitter flagged the post as “misleading” and blocked it from being replied to, shared, or liked.

The majority of critics were outraged that Twitter was censoring an obituary and they responded by urging their followers to help the tweet go viral in violation of the company’s warning. Twitter has since removed the “misleading” designation and revoked the shadowban. 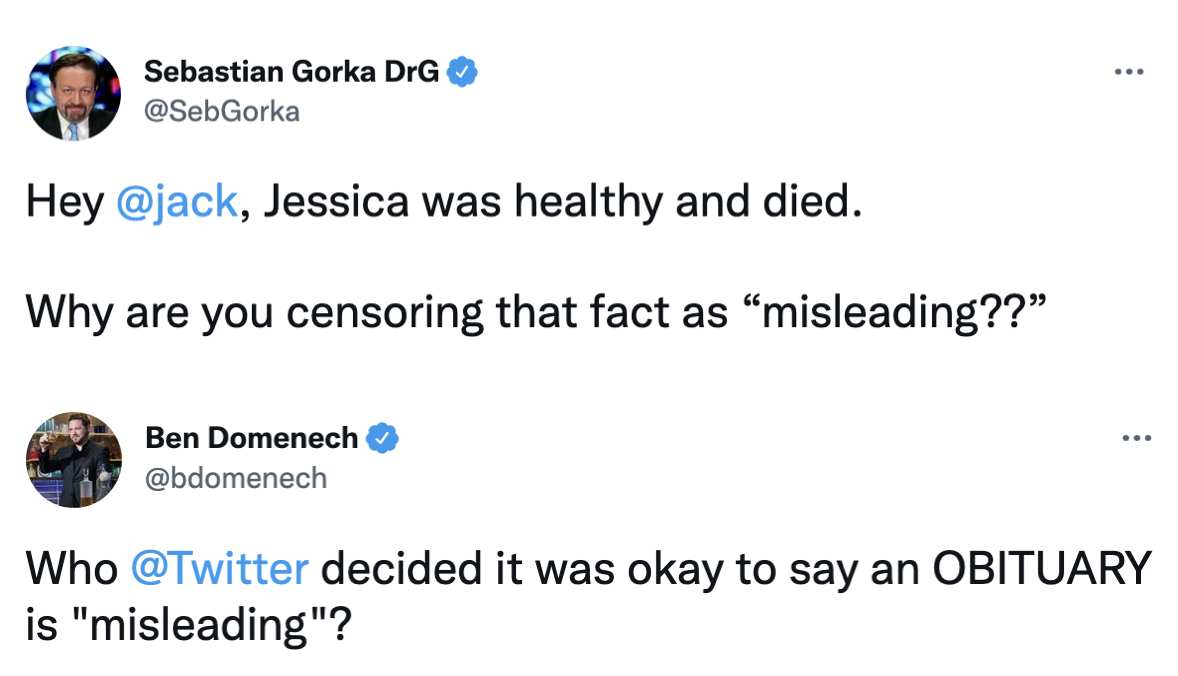 Additionally, several bloggers, including Ben Domenech of The Federalist, retweeted the obituary. Ben’s tweet reads: Who @Twitter decided it was okay to say an OBITUARY is ‘misleading’ ?”

Furthermore, Sebastian Gorka, who worked in the Trump administration’s Department of Defense, tagged Twitter CEO Jack Dorsey in a tweet asking what aspect of the obituary was incorrect or “misleading.”

“Hey @jack, Jessica was healthy and died. Why are you censoring that fact as ‘misleading??” he said.