Twitter was now blocking all links, shared in tweets, to the BitChute domain.

BitChute is an independent video hosting platform that has gained in popularity as an alternative to the centralized giant YouTube, which has been plagued by waves of censorship and demonetization.

Now, instead of allowing users to see the BitChute page they intended to post, Twitter served them with the message, “Something went wrong…”

As the BitChute account noted, this is very vague – to say the least. However, some light is shed on what might be behind Twitter’s decision to block these links in other messages some users have reported.

One of them said that Twitter was preventing completion of requests because BitChute links have been identified “by Twitter or our partners” as “potentially harmful.”

These messages don’t explain who Twitter’s partners mandating these blocks might be, though it’s not beyond the realm of possibility they might be the notorious fact-checkers that the social media company hires to police the platform.

These users were also instructed to visit Twitter’s Help Center to “learn more.” But BitChute explained that the block appeared to be blanket, regardless of the category of content the links lead to: gaming, makeup and DIY tutorials, even “cat videos” have all been affected.

One of the blocked links was to a video on BitChute that went into how a BBQ business owner struggles to keep open in the face of Canada’s strict Covid restrictions. 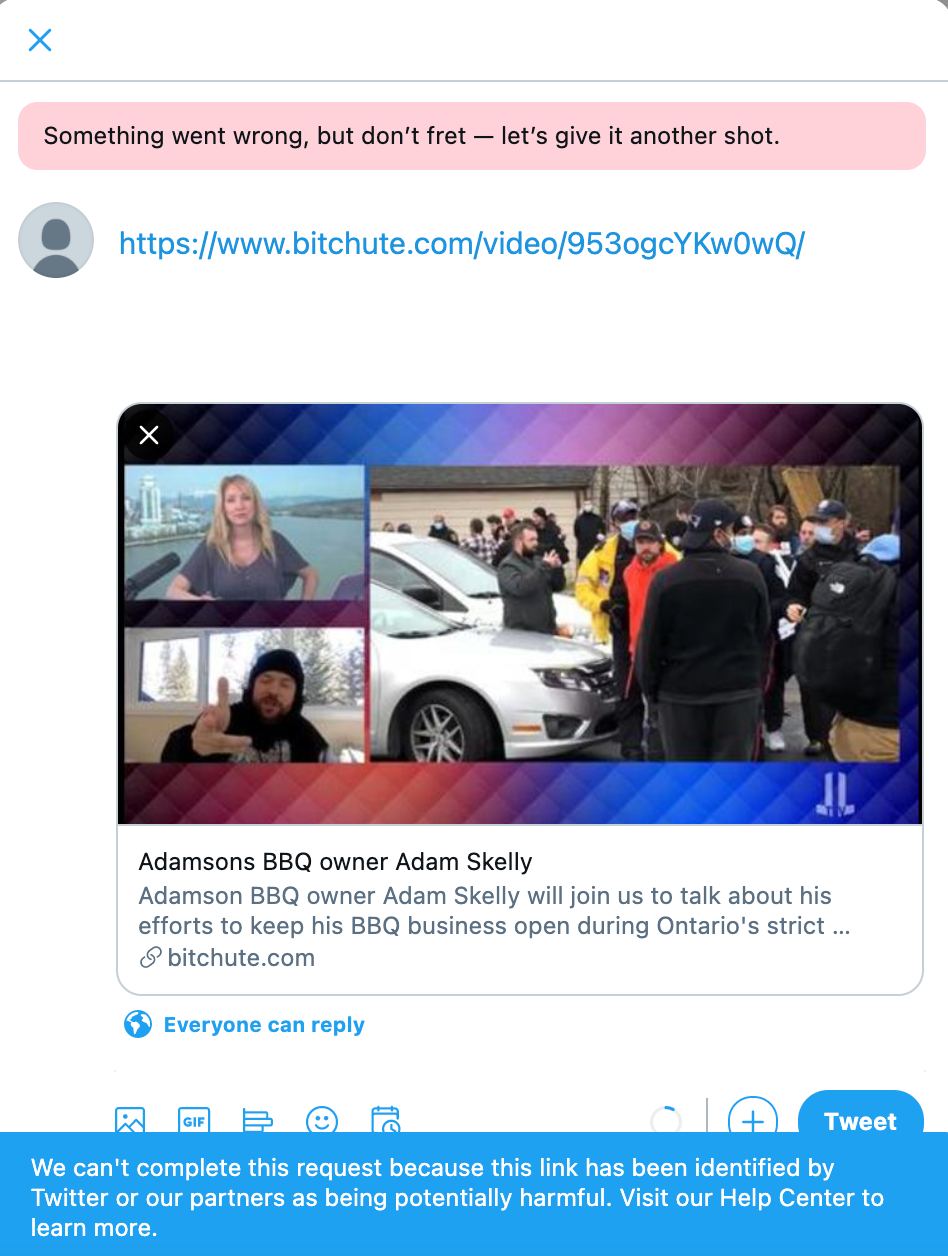 This is the one that received the “potentially harmful” label, in addition to the useless one on top of the page that said something had gone “wrong.”

Something has indeed gone wrong – only not with the independent platform, or its links, but with Twitter itself.

Meanwhile, BitChute called Twitter out for hypocrisy over the company’s recent criticism of those who limit interoperability as a way to entrench their market position and sabotage competition – saying that Twitter is now doing the very same thing.