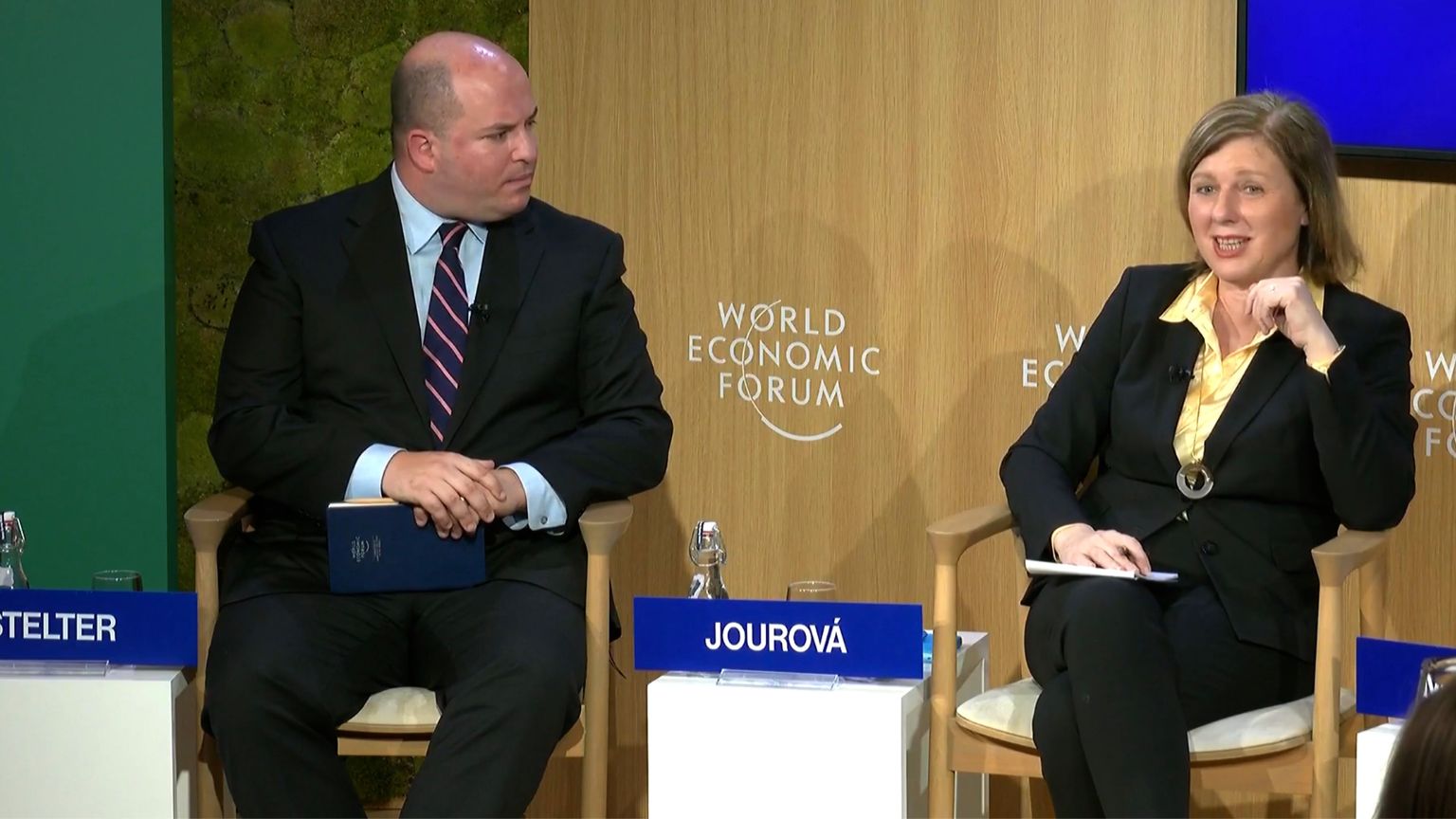 Famously, what’s considered “hate speech” in some countries is not actually criminalized in the United States – in stark contrast to the rules in force across Europe.

But that won’t be the case for long, if one is to believe EU Commissioner for Values and Transparency Věra Jourová’s bold prediction voiced during a World Economic Forum (WEF) event in Davos this week.

With a chuckle, and addressing a Democratic congressman also participating in a panel hosted by none other than Brian Stelter, formerly of CNN, Jourová spoke about “illegal hate speech,” adding, as a side note, that this is something “which you will have soon, also in the US.”

Not if the First Amendment has anything to say about it.

This Czech lawyer turned EU bureaucrat spoke in the context of online platforms policing speech, and how this must align – “work with” – the language that Brussels and many countries outside the bloc already have, “defining” their illegal hate speech policies.

Jourová’s point seems to be that the EU already has the necessary “language” along with case law, which now requires a “special” brand of people who understand it in order to determine what is and isn’t hate speech – and then the EU wants online platforms “to simply work with the language and to identify such cases.”

Jourová apparently isn’t a proponent of entrusting this work to the “AI” – i.e., machine learning algorithms, as massive social networks are often wont to do when it comes to third-party content.

The EU official may not be far off the mark with her comment regarding the looming criminalization of speech in the US, as some states, like New York, are already testing the waters with acts like the Social Media Hate Speech Accountability, which obligates social platforms to give users a public channel to report whatever they deem to be hate speech.

The same WEF panel, bombastically dubbed, “The Clear and Present Danger of Disinformation,” also delved into what Jourová herself qualified as “philosophical questions” such as, has “the society” done enough to make truth more attractive than lies.

“No… I think that we have sufficient data which shows that the lie sells much better than the truth,” said Jourová – and who better to attest to that than an EU bureaucrat?

But, she wasn’t talking about politics; this was still about online content.

“If we do not stop that then the algorithms will simply work in the direction of better business and better profit and that’s behind our rules in Europe that we wanted to stop this trend,” she said.

And she bragged that advertisers are made to demonetize “disinformation.”

“European advertising industry (…) confirmed that they will not monetize or help with their money those who spread disinformation,” Jourová revealed.