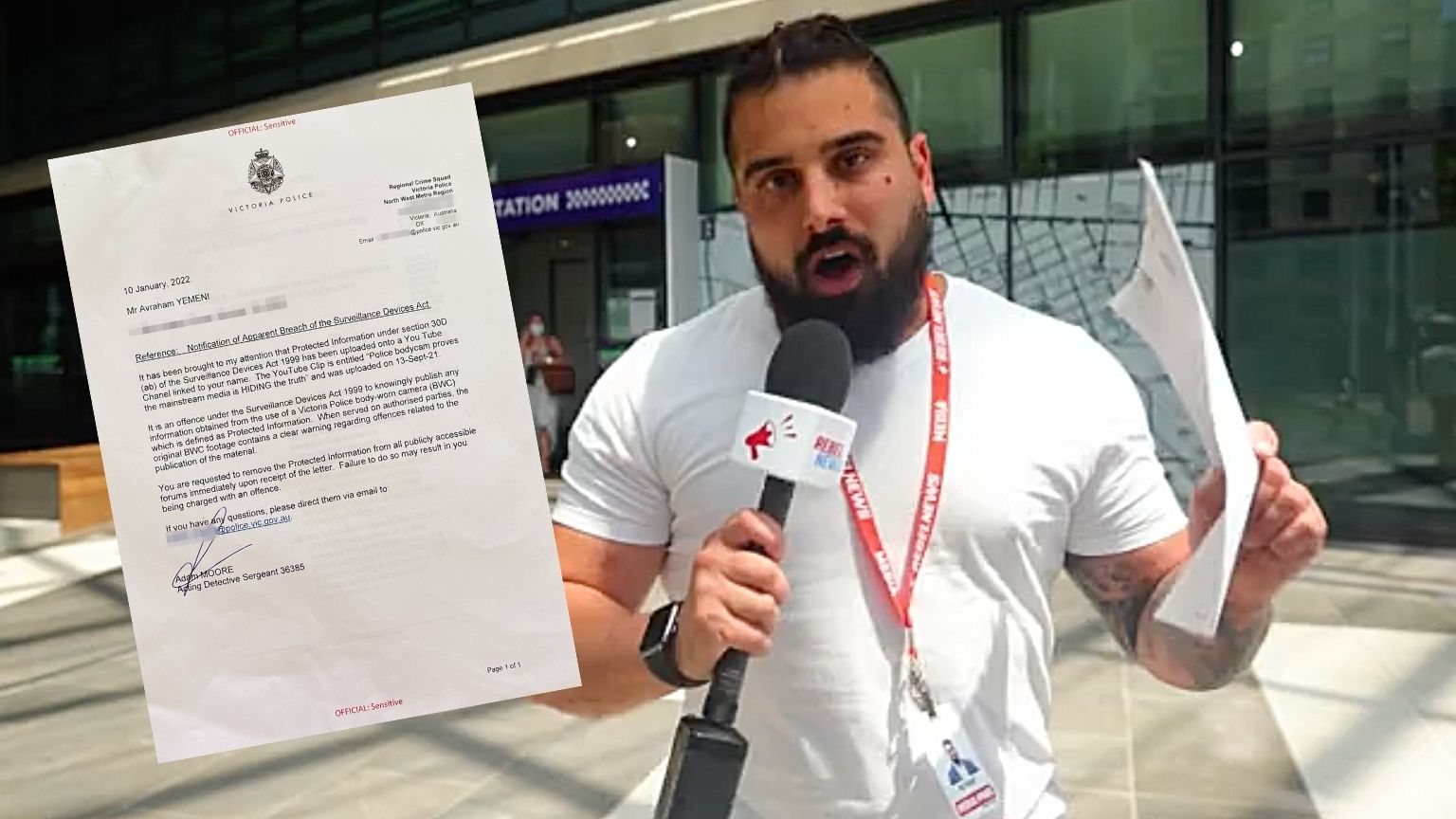 Rebel News journalist Avi Yemini is having to defend himself after deciding not to remove an online video the police in Australia&rsquor;s state of Victoria want taken down.

Yemini revealed that he had a letter, signed by a Victoria Police Crime Squad detective sergeant, sent to his home, threatening that unless he complied and deleted the video, he could end up serving two years in prison.

The journalist published photos of the letter, which notified him of committing an “apparent” breach of the Surveillance Devices Act.

The letter asserts that information protected under this act appeared in a video Yemini uploaded to his YouTube channel in September, under the title, “Police bodycam proves the mainstream media is HIDING the truth.” 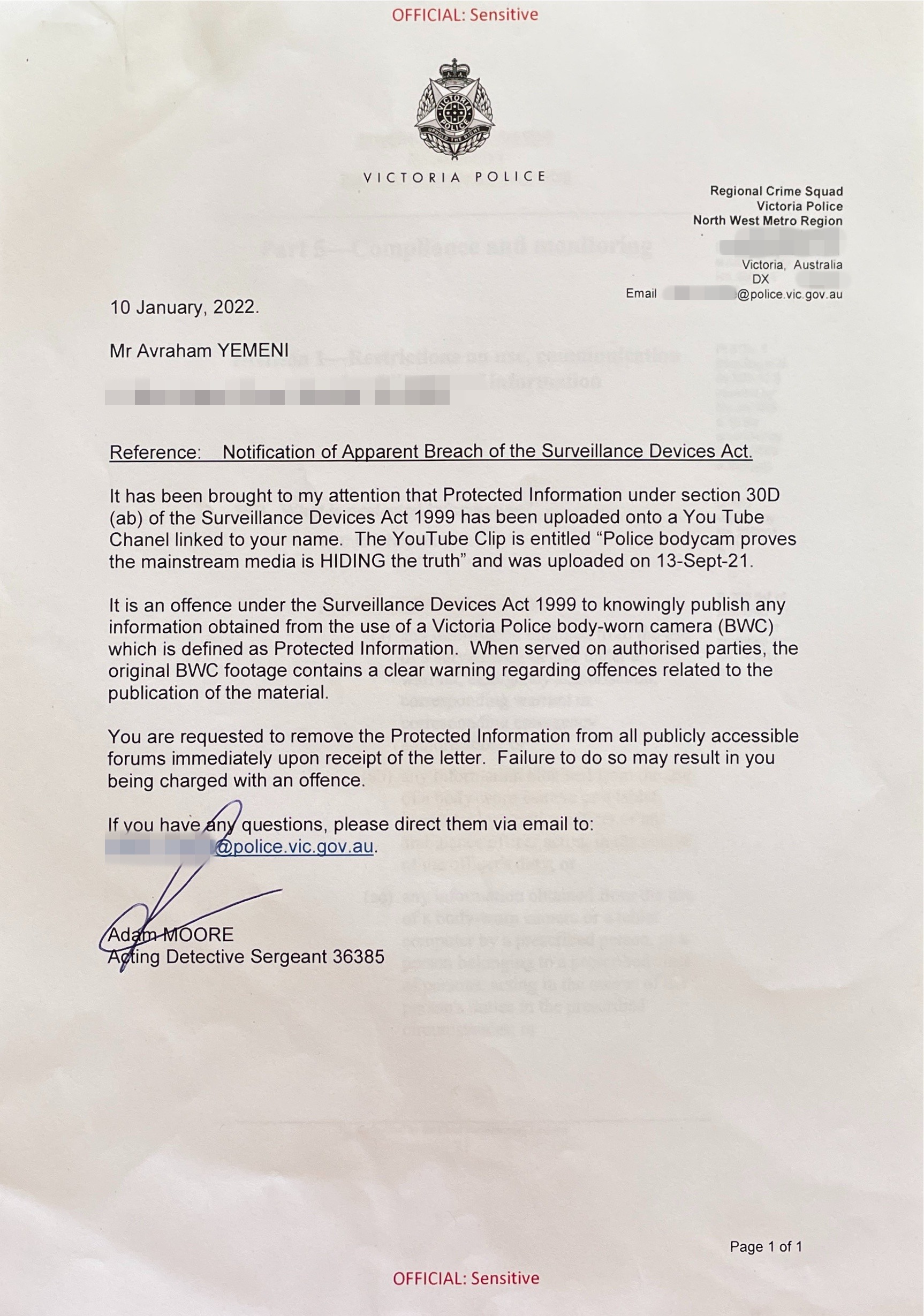 The police letter further states that knowingly publishing information obtained from police bodycams is an offense, and demands that he immediately remove the video from all public forums, or face charges.

If found guilty, Yemini could be sent to prison for two years maximum, be forced to pay a fine, defined as “240 penalty units maximum” – or both.

But Yemini, who says he has previously been arrested, assaulted, and intimidated by the police for his work, has decided to fight back, as another letter, this one penned by his legal representative, shows. It reads that under a subsection of the act the police refer to as being violated, the footage used in the report was already in the public domain.

“In a free country, that would be the end of it. In fact, in a genuinely free country, I never would have received that threat letter from the police in the first place,” Yemini writes.

But the journalist doesn&rsquor;t expect this outcome, and is instead ready to engage in a legal battle with the Victoria police, whom he says have “unlimited resources to bully anyone who doesn&rsquor;t submit to them.”

“We&rsquor;ve never lost a case yet, and I&rsquor;ve never removed a story, even when a gangland lawyer tried to sue me. With your help, I promise not to cower in 2022 either,” Yemini concludes.