A proposed idea is to use the invasive technology to track shoppers.
Share 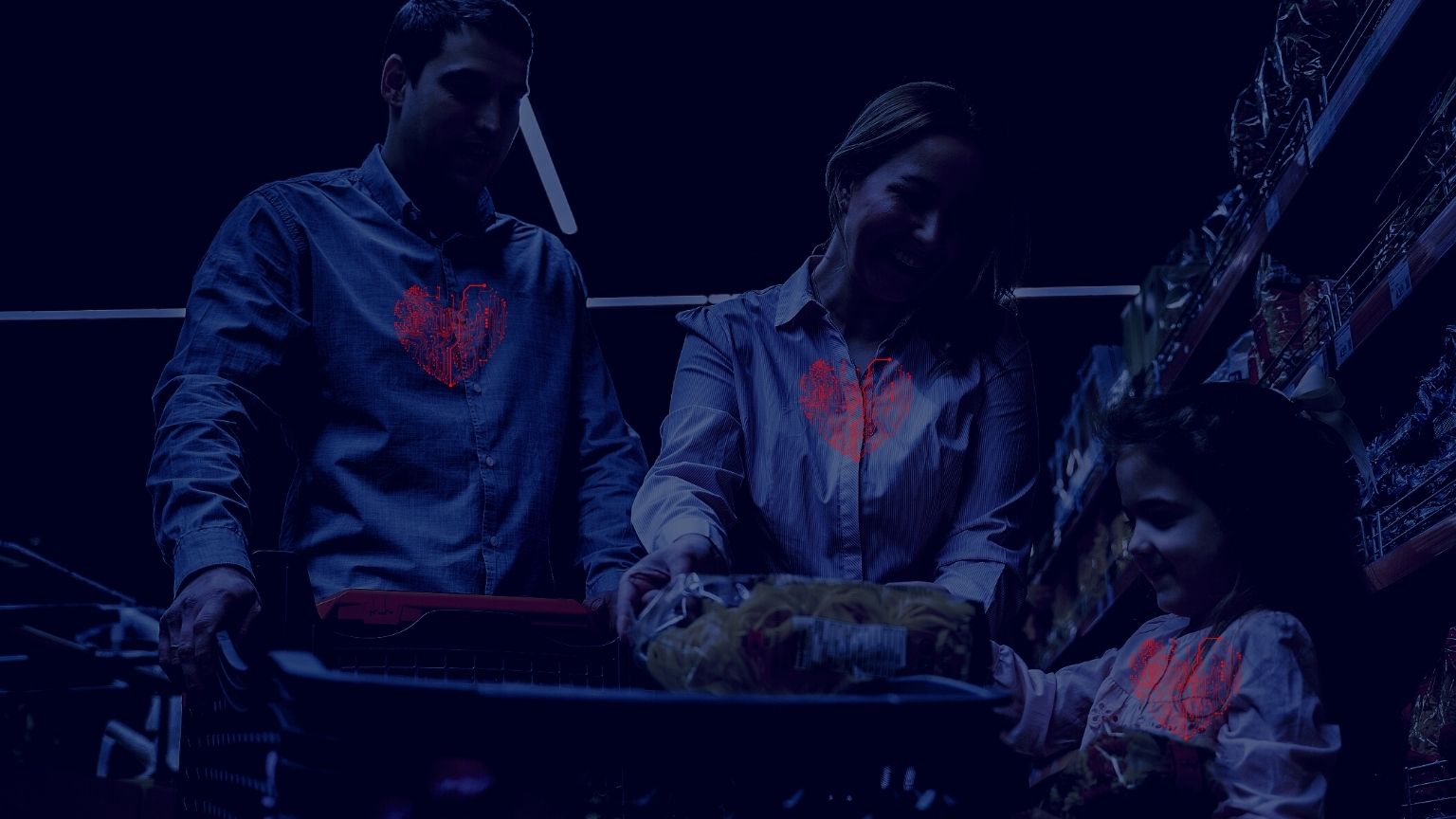 The World Economic Forum (WEF), that gave us the “Great Reset” concept, is at it again, “glimpsing” into the future, this time trying to predict the consequences of the response to the pandemic.

The WEF went to the trouble of creating a video to illustrate a write up on its site that talks about what the organization calls long-term effects of the COVID pandemic, divides these into five categories, and stresses the central role of “digital transformation” affecting economies, people, and governments.

A new, innovative form of invasive mass surveillance features in passing in one of the categories of these long-term effects.

The predictions touch on the way office workers forced to work remotely will live and work going forward, suggests that people will be increasingly boxed in and physically constrained in their everyday activities to what’s referred to as “15 minute (away from home) spaces” like restaurants and gyms we’ll be likely to go to in the future.

Other points concern the rise of food delivery and what the WEF, which teamed up with US consulting firm Cognizant to produce this, calls “ghost kitchens,” then the future of education, which is said to likely be a hybrid of homeschooling and students attending classes in schools.

But what’s particularly interesting is how the WEF envisages the future of security: putting to use a little-thought-of unique biometric marker: the human heartbeat. 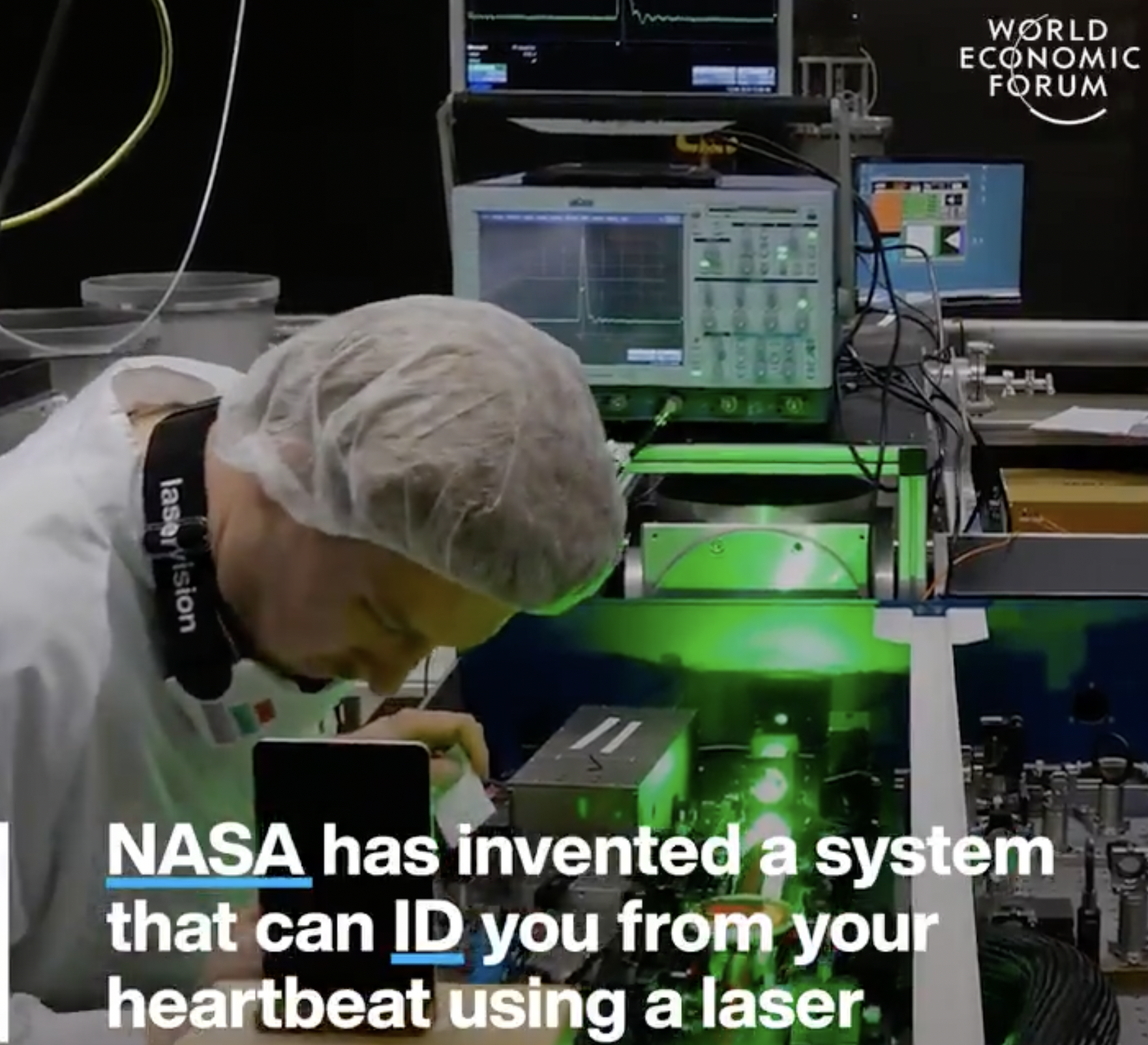 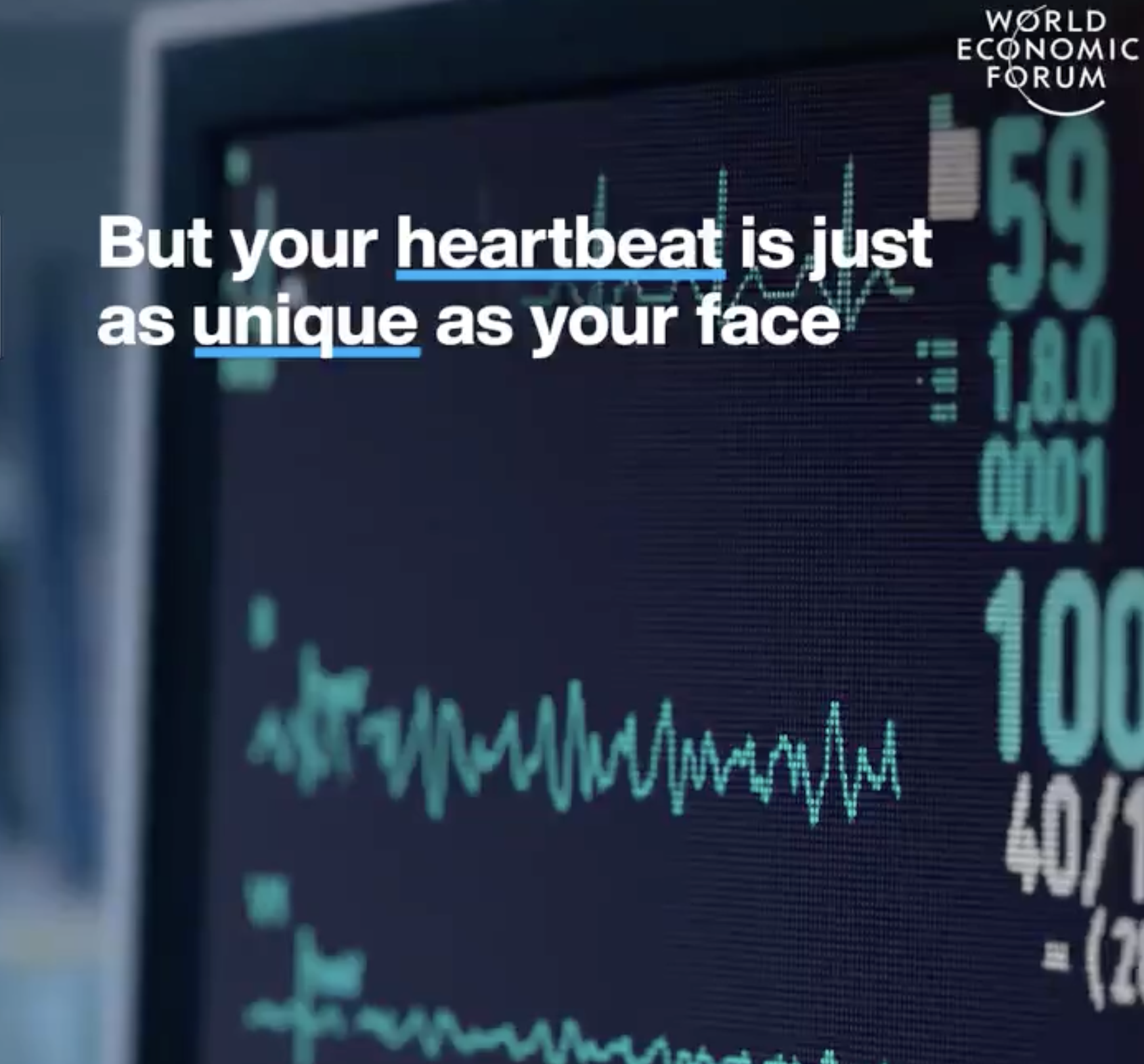 This tech has already been developed by the Pentagon, that has produced a device to identify what reports refer to as a person’s cardiac signature. This was done at the request of US Special Forces, who wanted to be able to pinpoint their enemies from as far as 650 feet away.

But in the future, as predicted by the WEF, the “enemy” will be everybody – not only security targets, but also, for instance, “opted-in shoppers as they enter a store, to personalize their visit.”

The device, an infrared laser, will also help with bypassing the problem of people being told to wear masks, but then many mass surveillance facial recognition systems ending up “stumped” by them.

Then there’s the “advantage” of these lasers’ long range use. Today it’s 650 feet way – but as Pentagon’s Combating Terrorism Technical Support Office’s Steward Remaly remarked in 2019, “I don’t want to say you could do it from space, but longer ranges should be possible.”