WikiLeaks journalist Julian Assange CAN be extradited to the US, UK court rules 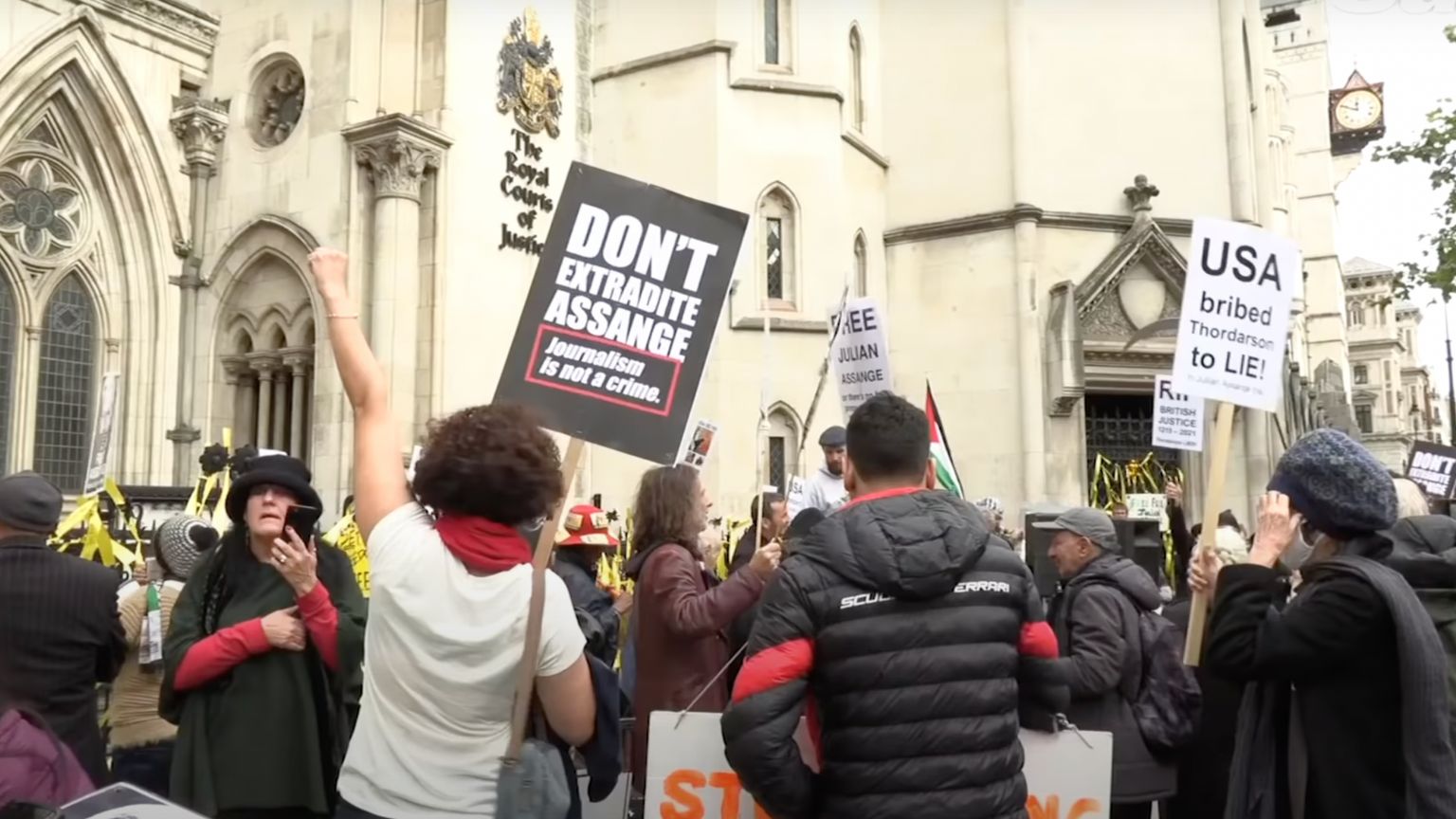 The UK’s High Court has reversed the blocking of extradition for WikiLeaks founder and journalist Julian Assange. Assange can now be extradited to the US, dealing a major blow to his bid for freedom.

Assange is likely to appeal.

The US wanted Assange extradited so that he could face charges for publishing sensitive information through WikiLeaks about the US’s alleged war crimes in the Iraq and Afghanistan wars. In January, the US filed an extradition request, which district Judge Vanessa Baraitser blocked because there was an “oppressive” suicide risk.

His lawyers argued that he would commit suicide if he was put in a supermax prison in the US and that his health was failing.

The US appealed the ruling in the High Court. In October, Lord Chief Justice Lord Burnett and Lord Justice Holroyde heard the arguments from both sides, and will give their ruling today.

The US argued that blocking Assange’s extradition to the US on the basis of his mental health translated to “rewarding fugitives for their flight.”

James Lewis QC, representing the US, alleged that the district judge used Assange’s “intellectual ability to circumvent suicide preventive measures” to make her decision. He said the ruling could become a “trump card” for people looking to avoid extradition.

Lewis also noted that the US had made several “binding” assurances that “fundamentally change the factual basis” of the lower court’s ruling. One of the assurances is Assange being transferred to Australia if he is sentenced.

Lewis also told the court that Assange’s mental health condition “does not even come close” to being serious enough to stop his removal to the US.

But according to Assange’s defense, the assurances from the US were “vague” and “meaningless.”

Assange’s attorney, Edward Fitzgerald, noted that the assurances were provided “too late to be properly tested” and they should not undermine the findings of the district court judge because she applied the law “strictly and entirely properly.”

Fitzgerald told the court: “It is perfectly reasonable to find it oppressive to extradite a mentally disordered person because his extradition is likely to result in his death.”

He added that a court should use its power to “protect people from extradition to a foreign state where we have no control over what will be done to them.”

The case will now be sent to the UK Home Secretary Priti Patel who will make the final decision on Assange’s extradition, though not before Assange is expected to appeal today’s ruling.

Patel is not known for her support of free speech and Assange’s father Richard has already expressed support for taking the case to the Supreme Court.

Assange’s fiancé Stella Morris made a statement following the ruling: “We will appeal this decision at the earliest possible moment. How can it be fair, how can it be right, how can it be possible, to extradite Julian to the very country which plotted to kill him?” she said.

She further added: “I want to emphasize that the High Court accepted all the medical evidence and the conclusions of the magistrate that if Julian is extradited and placed under extreme conditions of isolation it will drive him to take his own life, that extradition is oppressive.

“They incorporate the possibility of breaking those assurances in their very wording.

“Today, it’s been almost a year since I stood outside court with our victory of the blocking of the extradition.

“To have the foremost publisher, journalist, of the past 50 years in a UK prison, accused of publishing the truth about war crimes, about CIA kill teams.”

Addressing a crowd outside the court house, Morris added: “In fact every time we have hearings, we know more about the abusive nature, the criminal nature, of this case.

“This goes to the fundamentals of press freedom and democracy.

“Julian represents all our liberties and all our rights.”

Assange’s defense also referenced claims about the CIA planning to poison him when he was in the Ecuadorian embassy in London, where he had sought asylum from 2012 up to 2019, when he was arrested and handed over to British authorities.