The internet has had its ups and downs over the last 50 years, so it’s hard to claim that this is a better time than any other to try to pivot from a focus on objective knowledge, ideas and information – the internet’s original promise – onto “news” and declarative, yet subjective and unverifiable “facts.”

What’s certain is that it’s nowadays almost fashionable to talk about misinformation as the internet’s greatest ill, and fact-checking performed by unverifiable sources as the ultimate solution.

Now Jimmy Wales, whose massive claim to internet fame is derived from his status as Wikipedia’s co-founder, seems to be fully on board with the narrative with his latest endeavor. More than that – he is launching a new social network, called WikiTribune Social.

In his own words, WikiTribune is a platform that’s “news focused.” And in the short mission statement right next to the sign-up form, Wales effortlessly mixes the clashing notions of “unbiased and reliable facts” with personal backgrounds and each person’s “unique way of observing the world.” 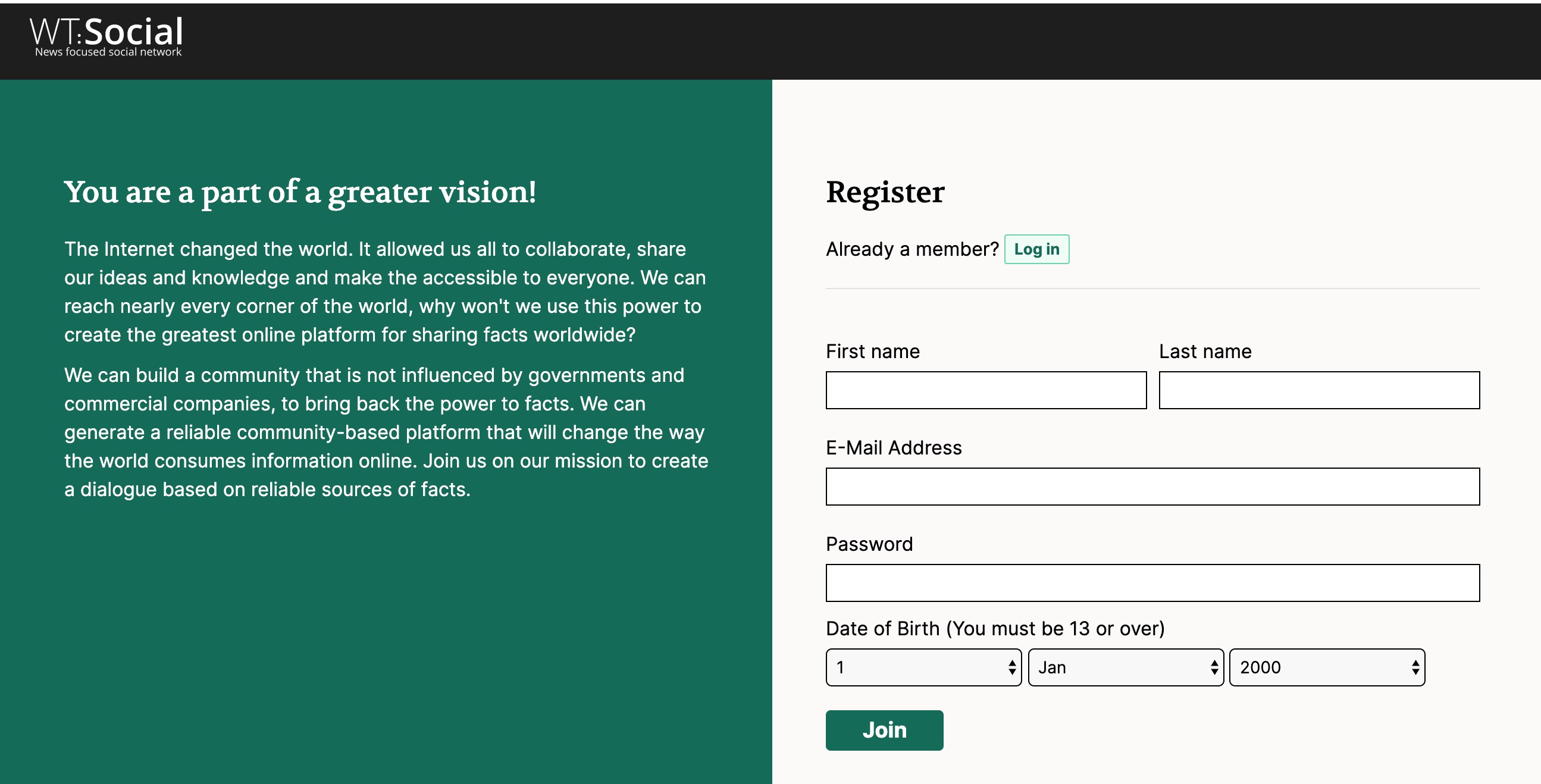 But how would that particular mix of content be any different from any other social media site in existence today?

In a blog post, Wales informs users that his new endeavor was originally a WordPress instance, but has now become a custom site and social platform – to follow up with this:

And how will Wales provide quality that’s independent of user engagement, and from ad dollars? He says it’s through “a collaboratively editable social networking new platform.”

What exactly does that mean?

“You can help us best by helping to recruit as many people as possible to the platform. If we grow from 400 users today (you’re in on the ground floor!) to 400 million, we will have revolutionized the internet and shown a better and more healthy way to share information and collaborate with each other,” the blog post said.

Wales is clearly excited about his new effort. And if ordinary people are still on the fence, he certainly has some powerful supporters: for example, Germany’s, and one of Europe’s leading telcom corporations, Deutsche Telekom.

Their corporate Twitter account was all out trying to bolster Wales’ latest effort complete with an emoji-rich post in German that refers to WikiTribune as “a fundamentally new social network.”

But as is the case with most things thrown against the web wall to see if something sticks – we’ll just have to wait and see if Wales’ latest brainchild pans out.