Public bodies have a habit of deleting criticism, a violation of the First Amendment.
Share 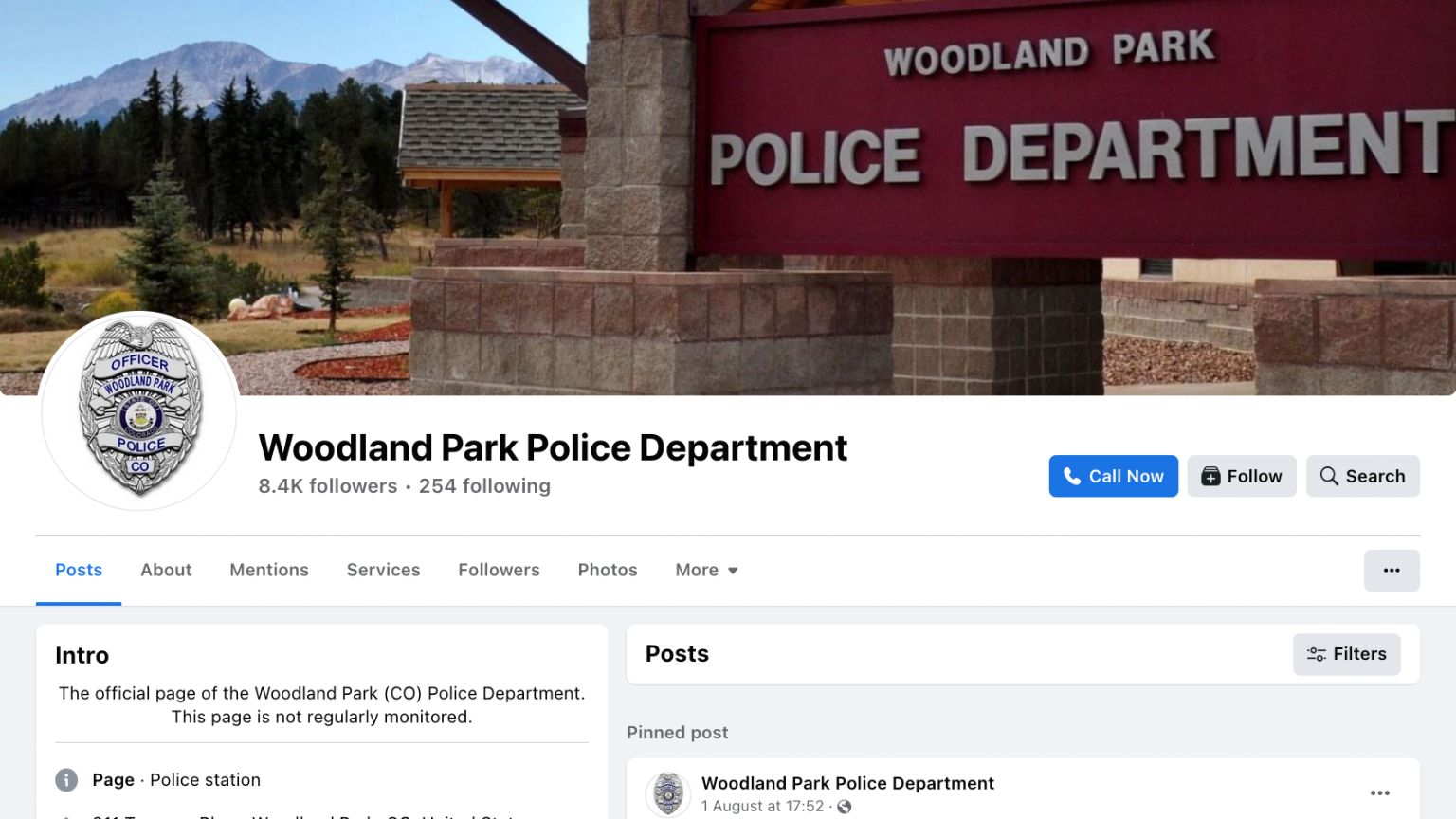 The city of Woodland Park, in Colorado, will pay $65,000 in settlement over comments that were deleted on both the city’s and police department’s Facebook pages.

In 2018, the plaintiff in the lawsuit, Colorado Springs resident Delbert Sgaggio, wrote on the Woodland Park Police Department’s Facebook page: “You target sick kids to get your overtime pay/ … That’s why you are a pig.”

Sgaggio, who describes himself as a journalist specializing in issues involving civil rights, police misconduct, prejudice and racism, and constitutional matters, was responding to a video about the police raiding a home where there were 13 marijuana plants. The law allows a maximum of 12 plants.

According to Sggagio, the marijuana was for medicinal purposes for a kid who had seizures.

The police removed his first post. He posted another one, saying: “Why did you punk ass pigs remove my post. I’m going to sue the chief of police, the city of Woodland Park, and whatever punk ass bitch remove (sic) my post…”

In another post, he said that the city of Woodland Park targets children with special needs for overtime pay and referred to them as “dirty ass cops.”

On Facebook, De Young said that the police department has the right to remove posts that, “do not provide civil discussion or do not adhere to our post/comment policy,” which included a ban on vulgar language.

However, Sgaggio’s lawyer, Andrew McNulty, said that vulgar language, including the “f” word, is free speech that’s protected by the First Amendment.

“If you have an open platform, that platform is open for everybody and all opinions,” Sgaggio said. “The government can&rsquor;t choose who they want to hear; the government is not allowed to censor.”

The city of Woodland Park was also ordered to change its social media policy to allow free speech including vulgarity and profanity.

According to McNulty, the settlement was the largest ever in a case involving public officials censoring free speech on Facebook.

“This case sends a message to every public official in the country: respect the free speech rights of your constituents online or pay the price,” he said.