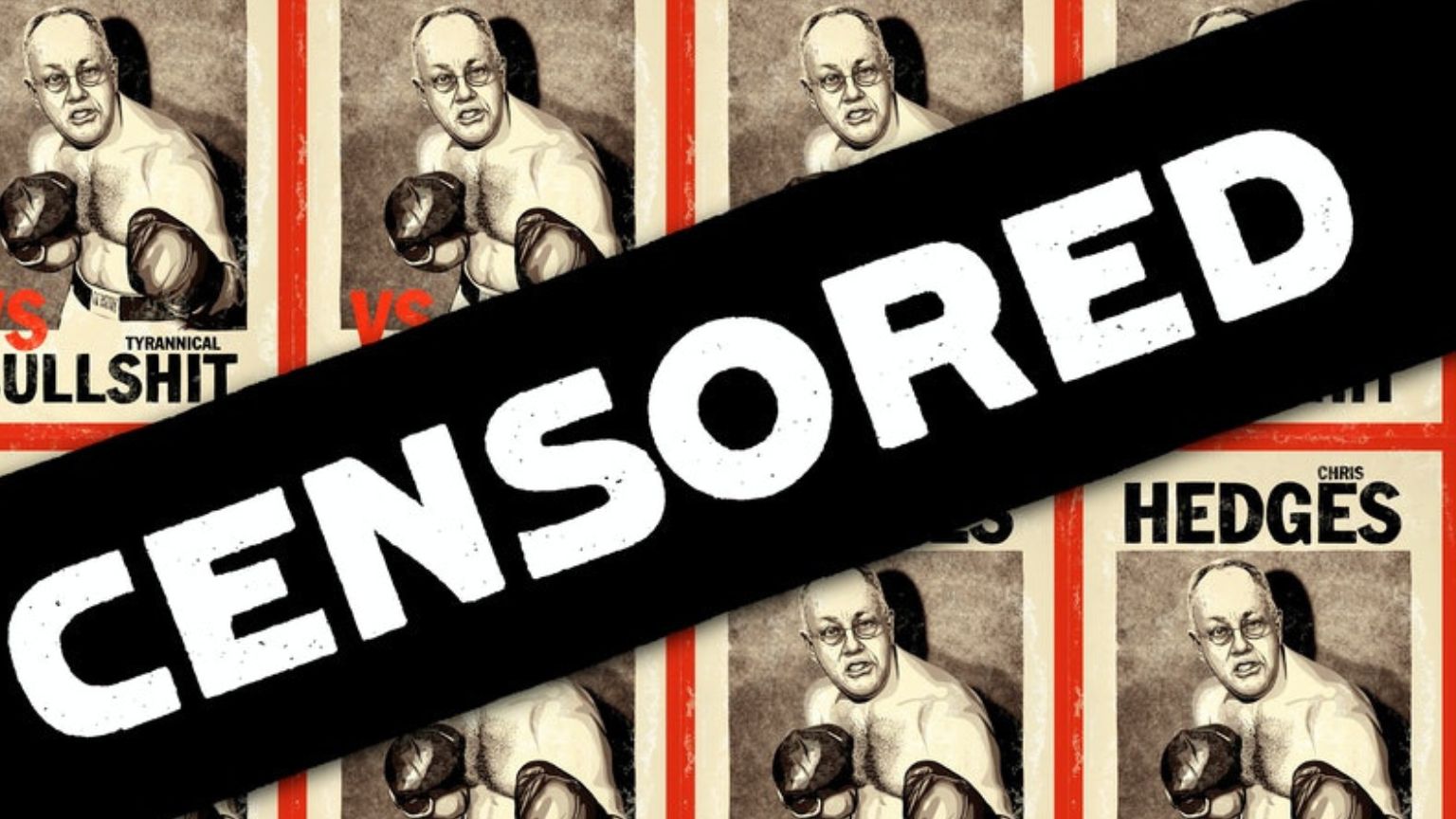 YouTube is at it again, this time setting its sights on Pulitzer-winning journalist Chris Hedges, whose entire video archive for the On Contact program published on Google’s platform has been deleted.

Hedges announced this in a blog post, saying that the show, which was broadcast for six years on RT America and RT International and even received Emmy nominations, is now gone from YouTube.

Hedges goes on to list some of the high profile people he spoke with over the years and explains that those interviews are now gone: Noam Chomsky, Naomi Wolf, Slavoj Zizek, Glenn Greenwald, Matt Taibbi, among dozens of others.

Hedges has been treated by YouTube like so many other creators over the years of stepped-up censorship that has little time, and sees little reason to explain itself: namely, there has been no explanation.

“I received no inquiry or notice from YouTube. I vanished. In totalitarian systems you exist, then you don’t,” writes Hedges.

Left to make an educated guess, he guesses that YouTube’s act of “disappearing” his work from the platform has to do with the fact the show was hosted on RT and the ongoing censoring of Russian media outlets.

However, Hedges notes that the content he created wasn’t about Russia at all, while his choice of network was the consequence of him trying to find a platform from which what he calls his criticism of US imperialism and militarism, and corporate control exercised on the media by the two ruling parties, could be heard.

Hedges blames the liberals for supporting what he says has now become wholesale censorship, which they see as protection from social and political trends that have arisen as a consequence of neoliberalism.

“What were my sins?,” he wonders. “I did not, like my former employer, The New York Times, sell you the lie of weapons of mass destruction in Iraq, peddle conspiracy theories about Donald Trump being a Russian asset, put out a 10-part podcast called the Caliphate that was a hoax, or tell you that the information on Hunter Biden’s laptop was ‘disinformation’.”

Hedges sees himself as somebody who “challenged the official lie” and is being punished for that, and at the same time expresses concern over the future of the free press, and the ability of people to be informed and form opinions based on that information.

Meanwhile, on Twitter, billionaire Elon Musk was playing the role of “Captain Obvious” when he reacted to all this – albeit, in the current climate, it is a sentiment that probably bears repeating: 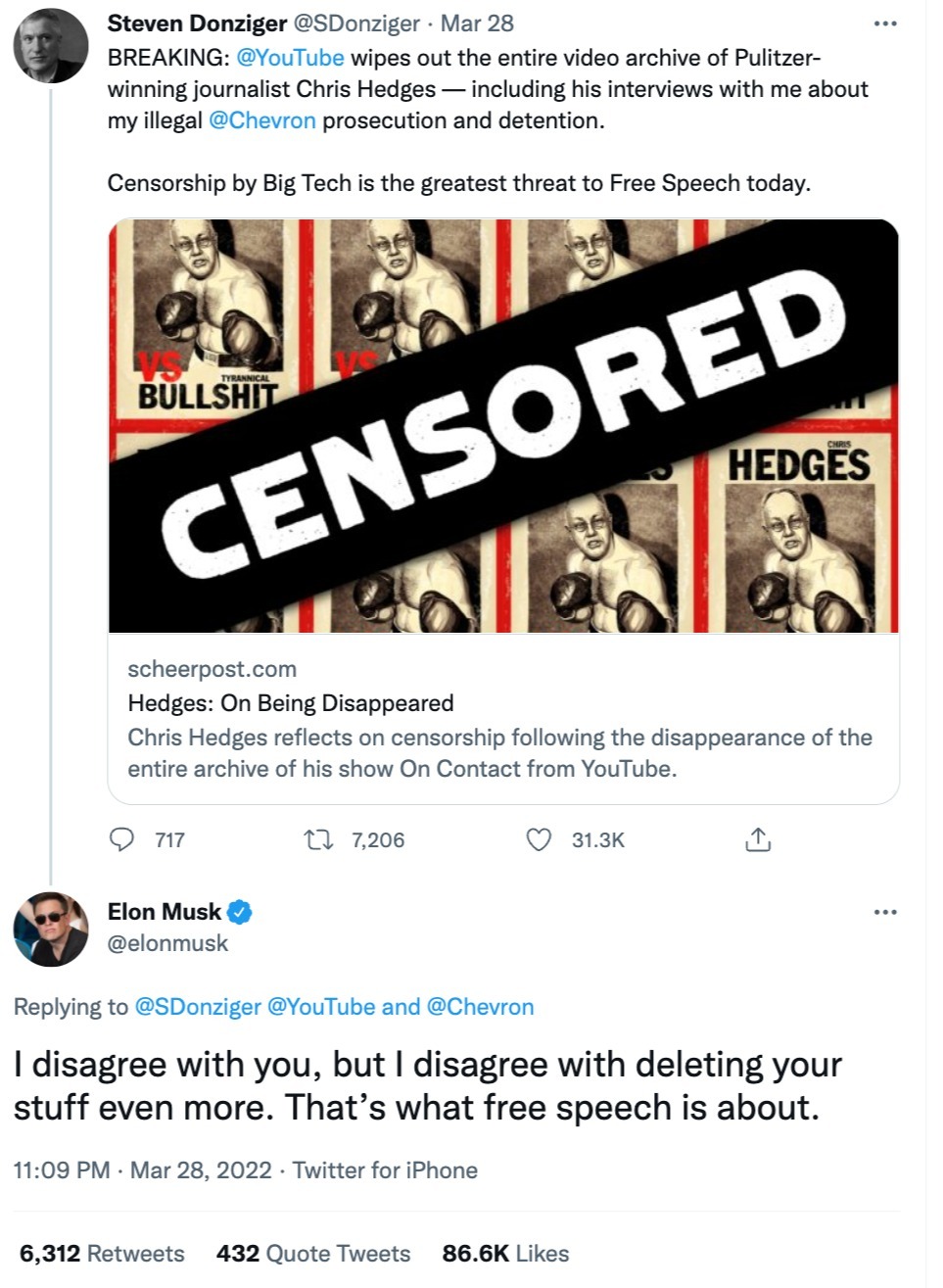