The genre of hip hop is traditionally replete with controversial topics and language but what YouTube appears to have decided to censor here is – coronavirus skepticism.

Finding misinformation in music and censoring artistic expression might in the long run prove to be a tricky task even for a platform so practiced at it.

What&rsquor;s obvious right now and has been for a while is that any messages or opinions that stray from YouTube&rsquor;s declared position on coronavirus are getting removed, regardless of what context they are expressed in and who they&rsquor;re coming from – musicians and scientists alike.

Rapper and internet personality NLE Choppa got a taste of this policy on Tuesday when a video for one of his tracks got taken down on the platform. The video is said to have been deleted for referring to coronavirus as fake.

In a tweet announcing this to his more than 900K followers on Twitter, NLE Choppa posted a screenshot of a YouTube message informing him that the video to his song “Paradise” was removed for a violation of Google&rsquor;s giant video platform&rsquor;s terms of service. 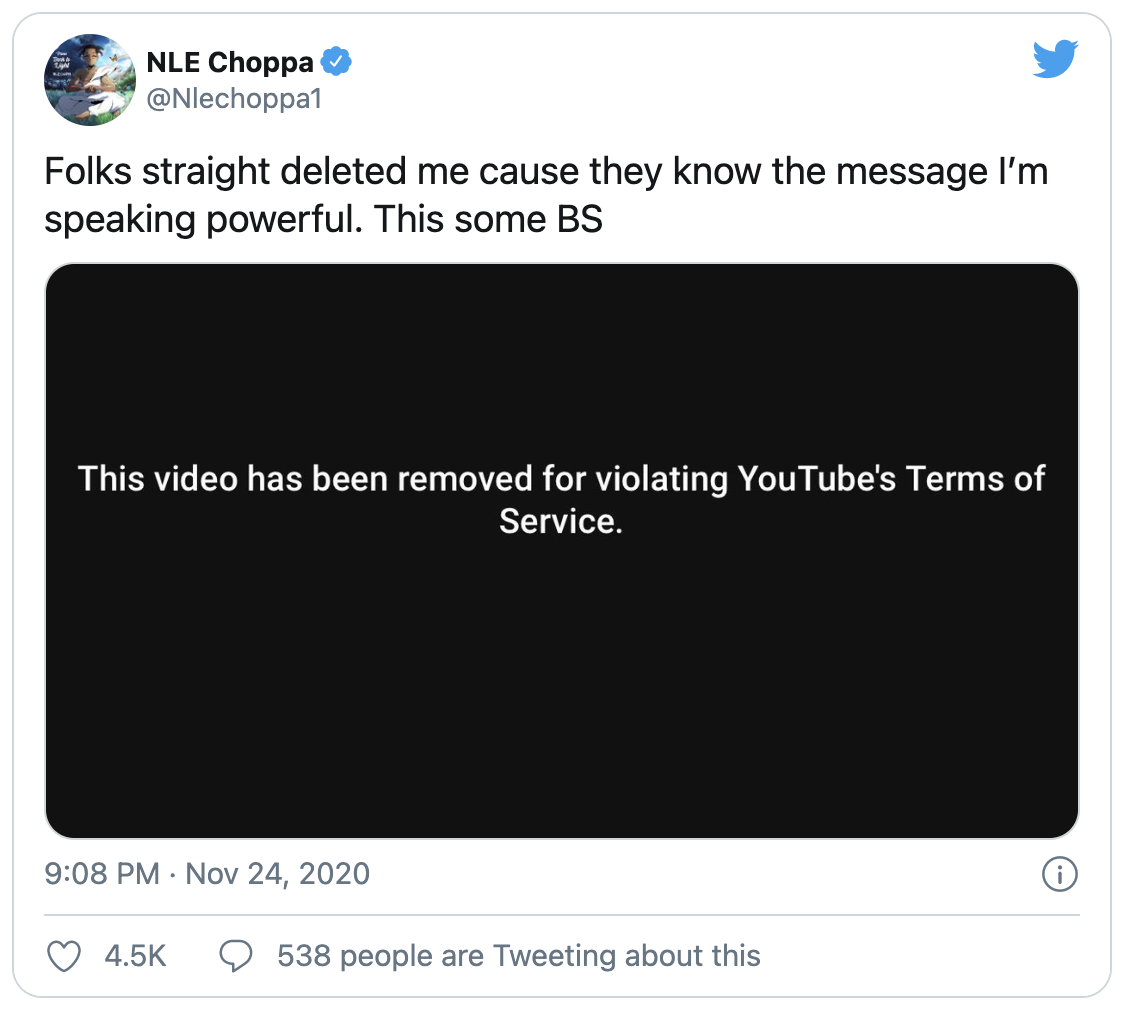 NLE Choppa said that censorship against him came because they wanted to suppress his “powerful message,” and in another tweet, he accused YouTube of “blackballing” him in general – possibly because of the topics he covers, such as spirituality, vaccines, etc. 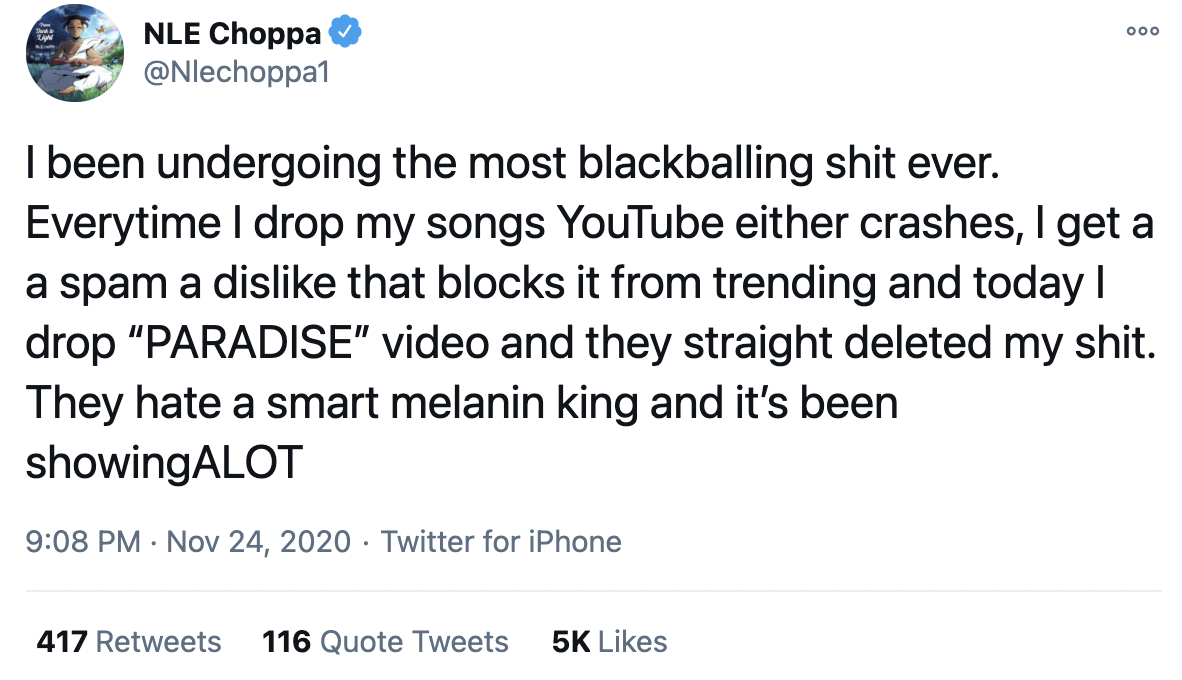 (It&rsquor;s unclear at this time from the rapper&rsquor;s tweets if YouTube informed him what terms of service the new video violated, or if he appealed the takedown.)

“Paradise,” off of his new album, “From Dark to Light,” declares that the narrator refuses to wear a mask, and continues, “F*ck the pilot/Fake-ass coronavirus, cops killin&rsquor;, startin&rsquor; riots.”

The line that follows might seem like foreshadowing, considering YouTube&rsquor;s decision to remove the video: “Perception is what you decide.”

If the reference to coronavirus was indeed the thing that got NLE Choppa&rsquor;s video removed from YouTube, it would be in line with the platform&rsquor;s “perception” on the health drama. And that is to ban any content that disputes the existence of the virus, or encourages people not to respect health authorities&rsquor; recommendations, such as mask-wearing.