YouTube: Creators could have to PAY to find out why they were demonetized

YouTube’s Creator Insider channel has a new video out explaining a new pilot program that is currently geared towards and including only a small number of creators who would be given an opportunity to actually learn why a video of theirs had been demonetized.

The lack of proper (human) communication between the giant platform and the creators – who, btw, built that platform – has been a recurring and constant topic over the years, and it’s never more painfully obvious than when videos are demonetized – sometimes out of the blue, with no transparency, and more often than not without proper explanation – therefore, leaving YouTubers with little recourse to correct the situation.

How do you react/correct for anything, if you’re not even sure what was wrong in the first place? That’s what much of the trouble faced by creators on YouTube boils down to these days.

Well – according to this video – if you’re willing to pay YouTube to tell you, you might be in luck.

In short, the video reveals that the giant is basically looking for a way to monetize the demonetization of your videos.

The Creator Insider hosts seem almost perversely excited as they discuss this rather glum topic: creator content getting unlisted (i.e., demonetized) and then actually properly reviewed.

Google/YouTube used to pride themselves as industry mavericks, setting the pace and innovating right, left, and center – but nowadays it’s come down to stuff like announcements of the Unlisted Video Program (UVR).

Why isn’t common human decency baked right into the very core of how YouTube works with creators, instead of popping up years later as “a small pilot program”?

And why should creators have to pay to learn why they’ve been penalized?

It’s like an employee having to pay their boss to find out why they were fired and stripped of their livelihood.

That’s not the kind of question addressed, or explained, here. 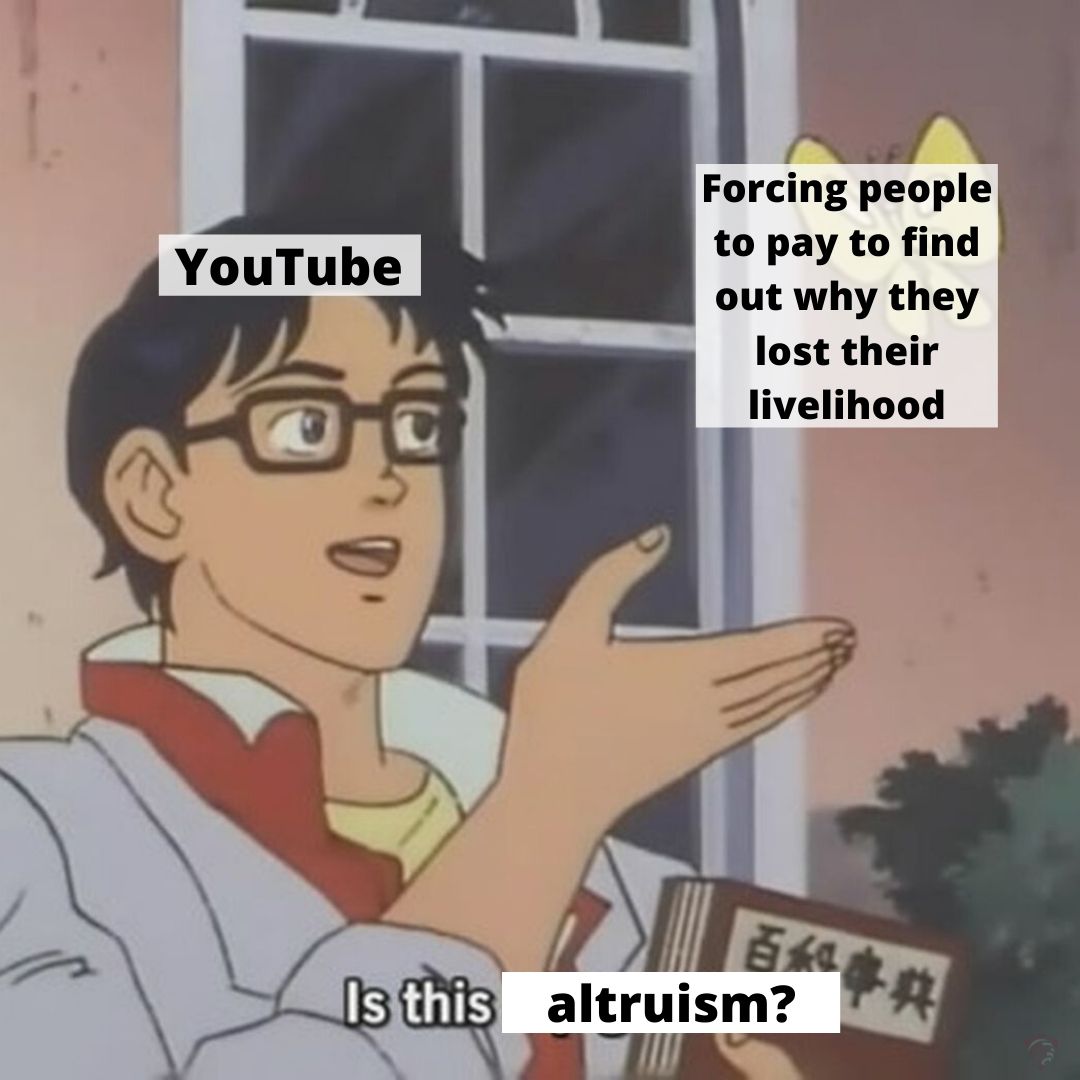 Instead, here’s what the pilot – if it ever makes it out of the testing phase – aims to do. Currently, creators are told to upload a video, mark it as unlisted, “see if the yellow (demonetization) icon comes on” – and then, if by the whims of algorithmic gods its does – “appeal.”

The proposed UVR pilot is a little different, we learn.

“It’s kind of an addition to that,” says one of the hosts.

“You have this workflow of uploading, being able to appeal, but you may not always get a full diagnosis of why your video may ran into a yellow icon,” the host says.

The difference with the new program is that the contentious videos will “actually” (their words, not ours) get human review.

But don’t get too excited, because this scheme does not cover copyright claims – be they real or false.