Censored as it started to top movie rental charts.
Share 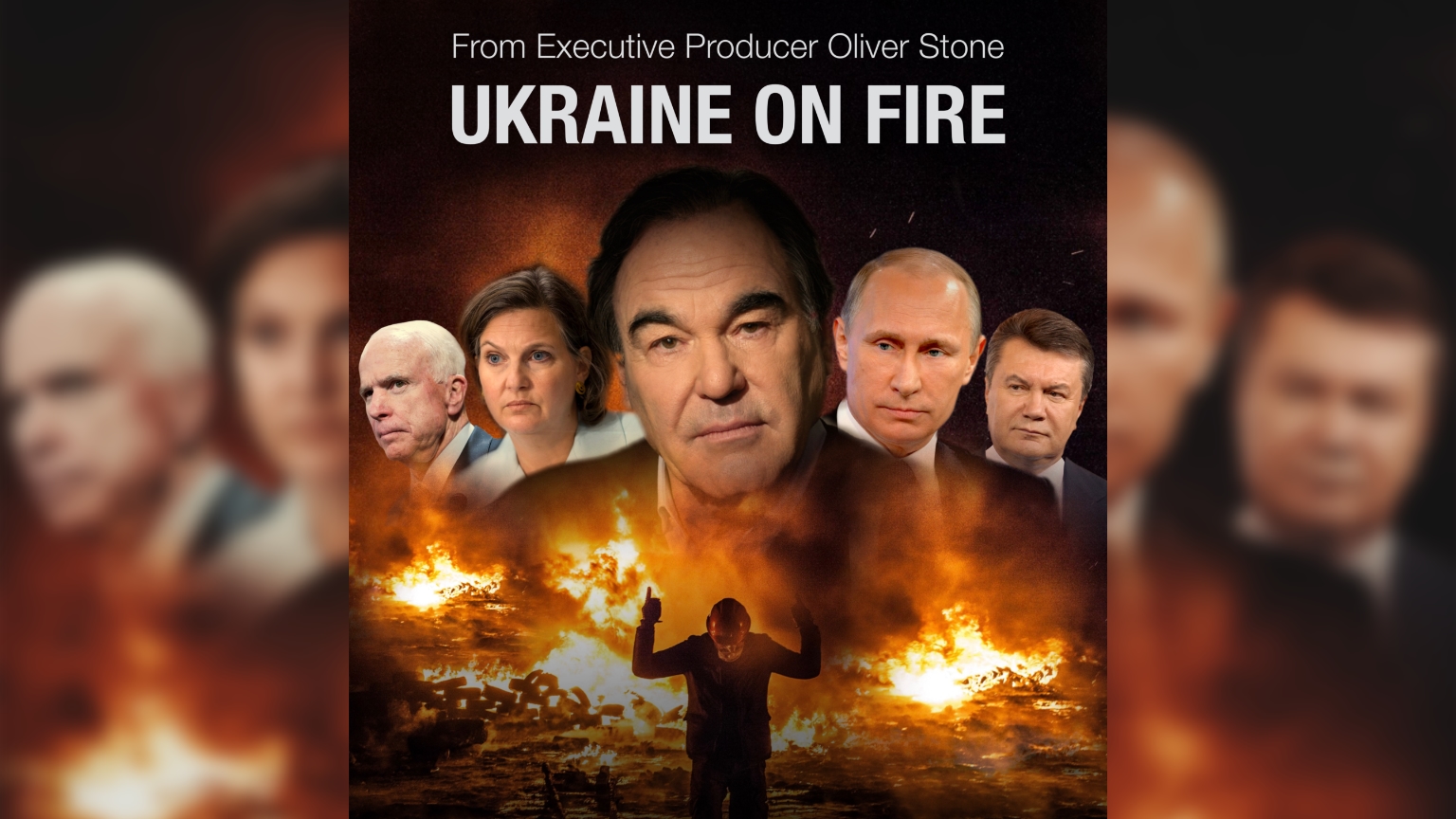 “Ukraine on Fire,” a 2016 documentary that details historical conflicts in the country, such as the 2004 Orange Revolution and the 2014 overthrow of the Ukrainian government, has been banned by YouTube for violating the tech giant’s “violent or graphic content policy.”

The documentary is directed by Igor Lopatonok, executive produced by acclaimed filmmaker Oliver Stone, and features Stone interviewing former Ukrainian Viktor Yanukovych (who was ousted during the 2014 revolution), Russian President Vladimir Putin, and others.

In one clip, Yanukovych tells Stone that then-US Vice President Joe Biden was his highest-level contact in the US government during the 2014 revolution and that: “The problem was that Mr. Biden said one thing, but they did something different in Ukraine.”

In another clip, investigative journalist Robert Parry comments on a phone call between then-Assistant Secretary of State Victoria Nuland and then-US Ambassador to Ukraine, Geoffrey Pyatt, that was leaked in February 2014, days before the revolution began.

“So you have this remarkable phone call where you have these two senior officials of the US government apparently talking about a coup or how they were planning to restructure the government of Ukraine,” Parry says.

Yanukovych also asserts that the revolution was a planned “coup d’état” that “was inevitable.”

After Russia invaded Ukraine, interest in Ukraine on Fire skyrocketed. It’s currently number two in the iTunes US documentary movie rental charts and featured as a “Popular” documentary on the iTunes website.

But just a few days after this boost in popularity, YouTube purged Ukraine on Fire from Lopatonok’s Global Tree Pictures YouTube channel.

The email adds: “This includes footage, audio, or imagery involving war, accidents, medical procedures, or other such scenarios with the intent to shock or disgust viewers.” 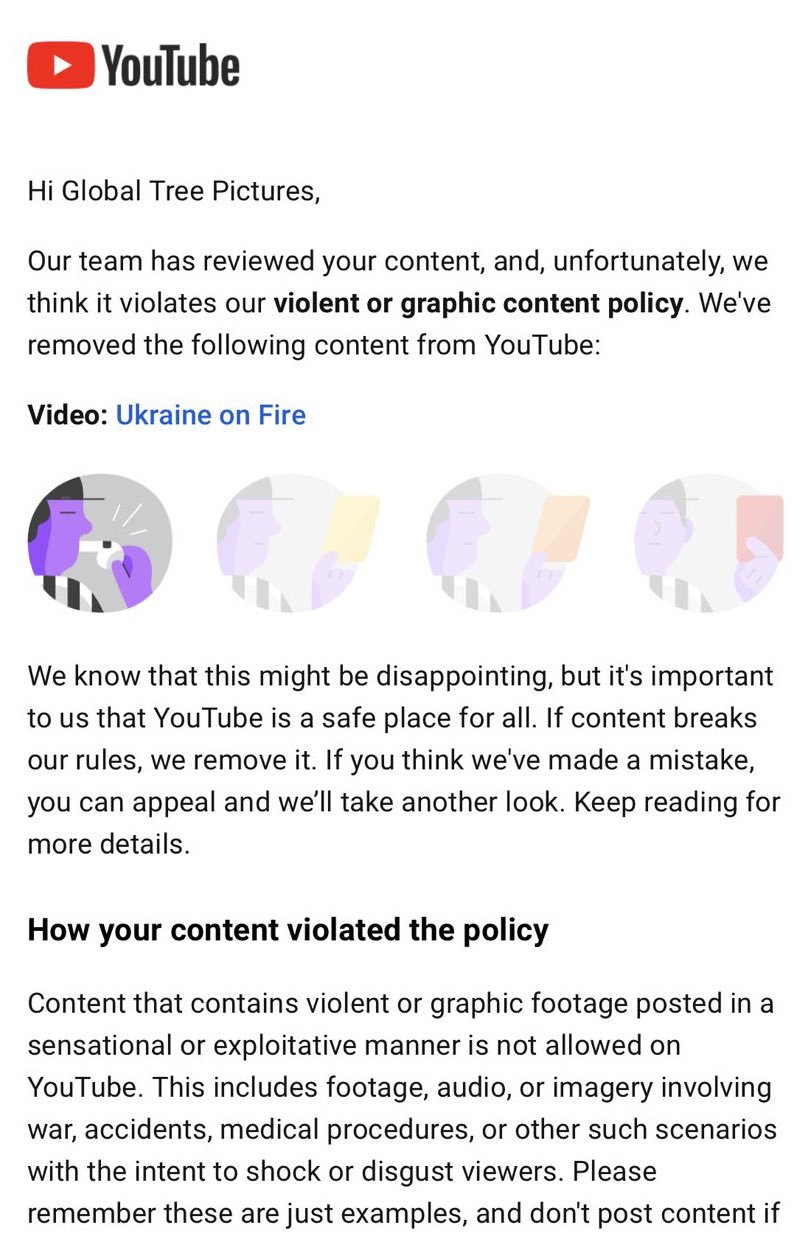 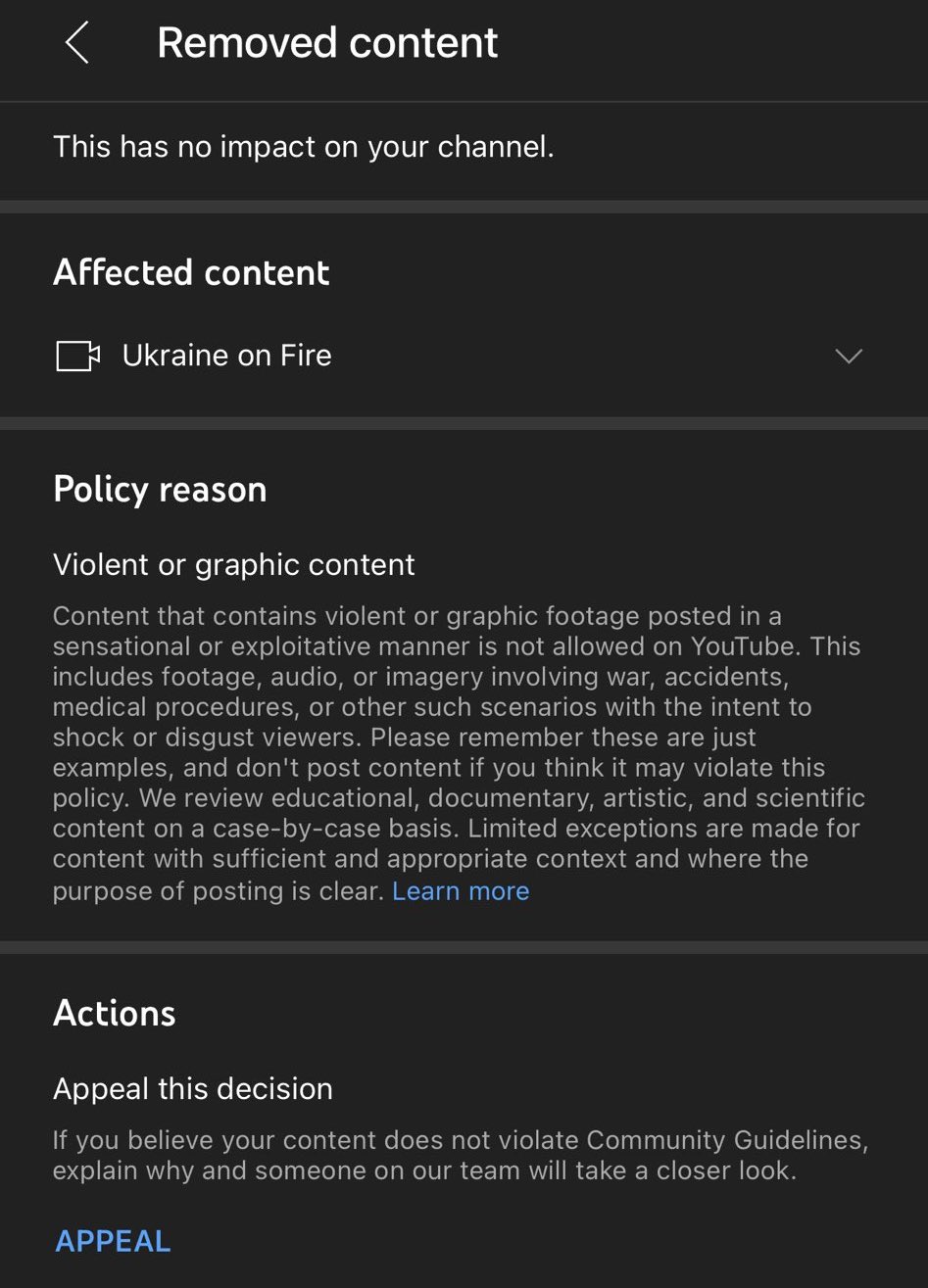 In addition to being removed from YouTube, Ukraine on Fire also appears to be shadowbanned in Amazon’s Prime Video search result. 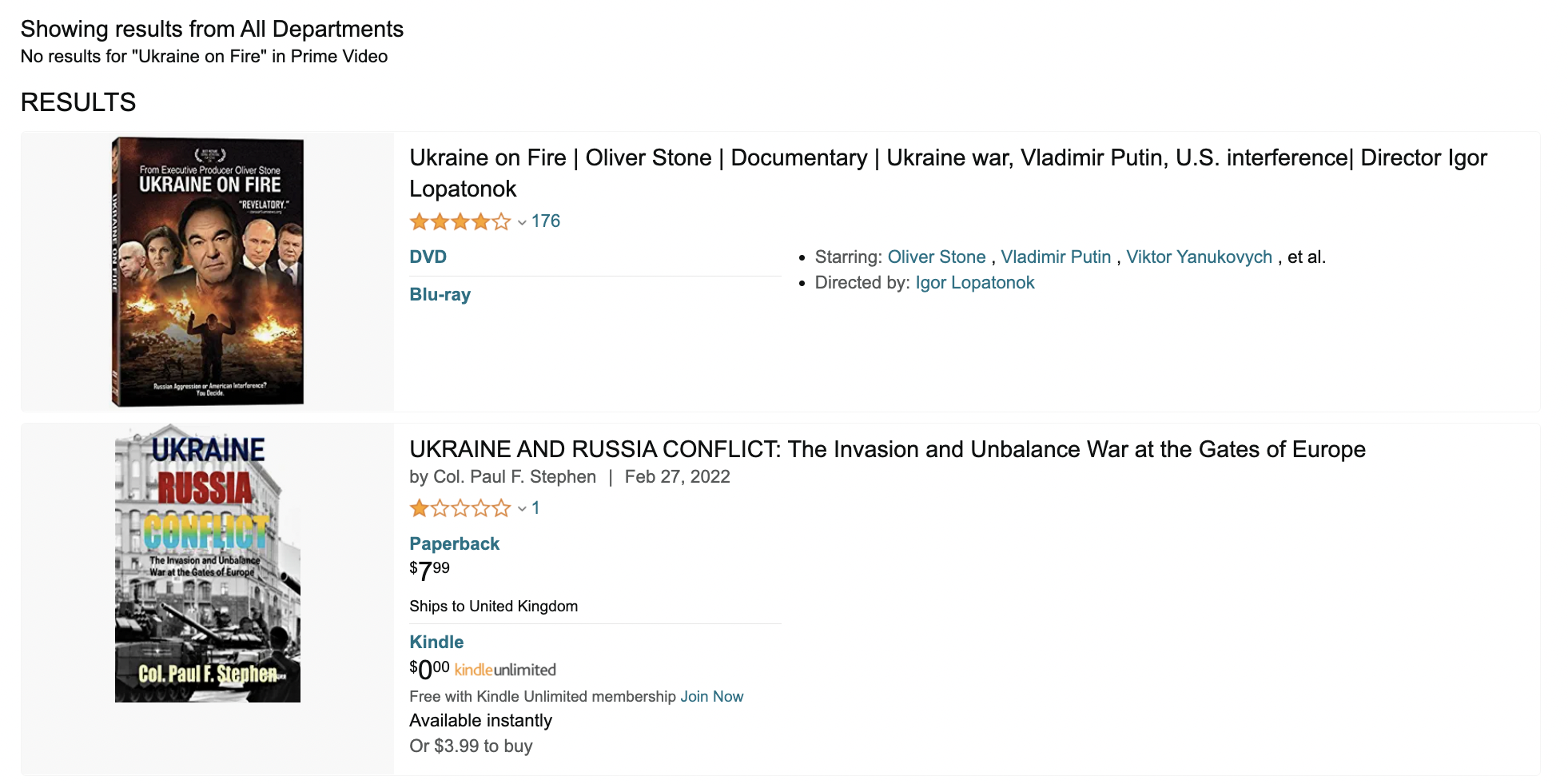 Despite Amazon Prime Video’s search claiming that there are no results for an exact search of the documentary’s title, it is still available on Prime Video via a direct link.

Lopatonok has responded to Big Tech’s censorship and suppression of his documentary by giving people the rights to download the documentary directly from Vimeo and urging them to “post it everywhere.”

“I would love to find Ukraine on Fire saturated YouTube, you know what to do!” Lopatonok tweeted.

Lopatonok added that he plans to open the rights to another of his documentaries, “Revealing Ukraine,” and make it available as a direct download on Vimeo.

Additionally, Lopatonok created a Rumble account and uploaded a copy of Ukraine on Fire.

“We are fighting back against #YouTube #censorship,” Lopatonok tweeted. “Just uploaded our with @TheOliverStone
documentary @UkraineOnFire on #rumble…Please share it!”

Numerous YouTube and Rumble users have posted copies of Ukraine on Fire to YouTube and Rumble since Lopatonok opened the rights to the public. Copies of the documentary have also been uploaded to the free speech video sharing platforms Odysee and BitChute. 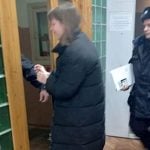 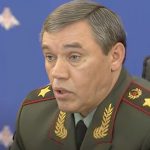