As part of a probation sentence, three citizens are ordered to share the views of medical experts when they talk about COVID.
Share 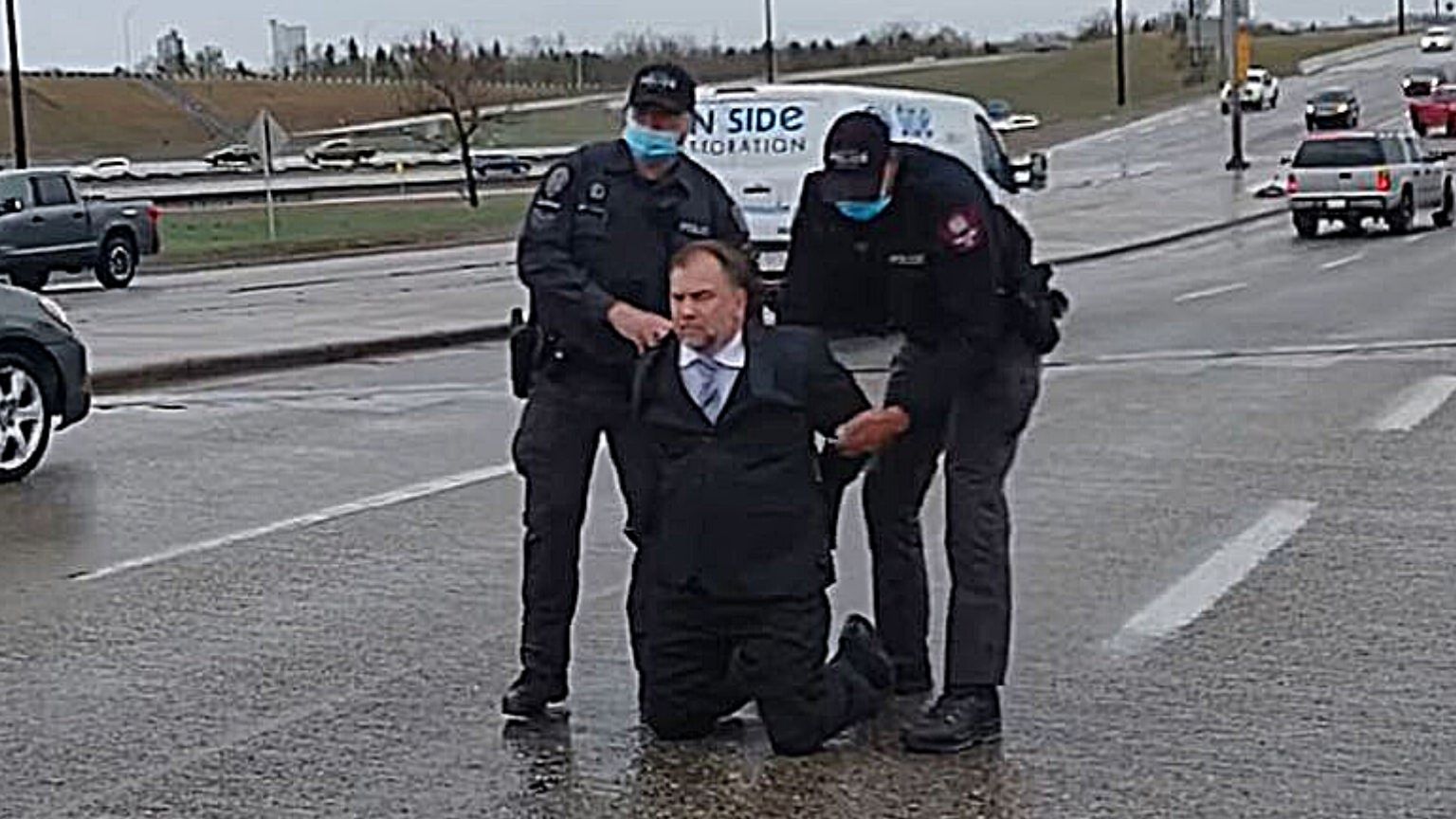 Pastor Artur Pawłowski, and his brother Dawid, were in court on Wednesday for disobeying COVID restrictions in the province of Alberta. The judge punished them with fines and community service for “attempting to be martyrs” by taunting the court in the hope of more prison time. But the details of their punishment is an odd one and one that has frightening censorship implications.

The Pawłowski brothers are part of the Street Church in Calgary and were sentenced alongside Whistle Stop Cafe owner Chris Scott.

The judge said their actions made the already-concerning COVID situation in Alberta worse. He also noted that the brothers had a “fervent desire” to be martyred by taunting the court, hoping for a longer sentence.

“They are on the wrong side of science,” said Court of Queen&rsquor;s Bench Justice Adam Germain.

“They are also on the wrong side of common sense.”

Instead of jail time, the judge punished them with fines, community service, and compelled speech.

Artur was ordered to pay a $23,000 fine and undergo 18 months of probation and Dawid was slapped with $10,000 and 12 months probation. Each of the brothers were also ordered to complete 120 hours of community service at charities, shelters, and food banks, as long as it is not for their own street ministries.

The court also gave a compelled speech order and told them to indicate that their opinion contradicts medical experts when they speak about COVID restrictions and vaccines, whether they talk about COVID in person or online.

The judge said that, if they’re going to go against the official narrative or COVID, they have to share a disclaimer that their beliefs may not be held by medical experts when posting online.

The judge ruled, according to CBC, “that if the three pandemic-denying, anti-mask leaders continued to preach to their followers, they must also present the perspective of medical experts.”