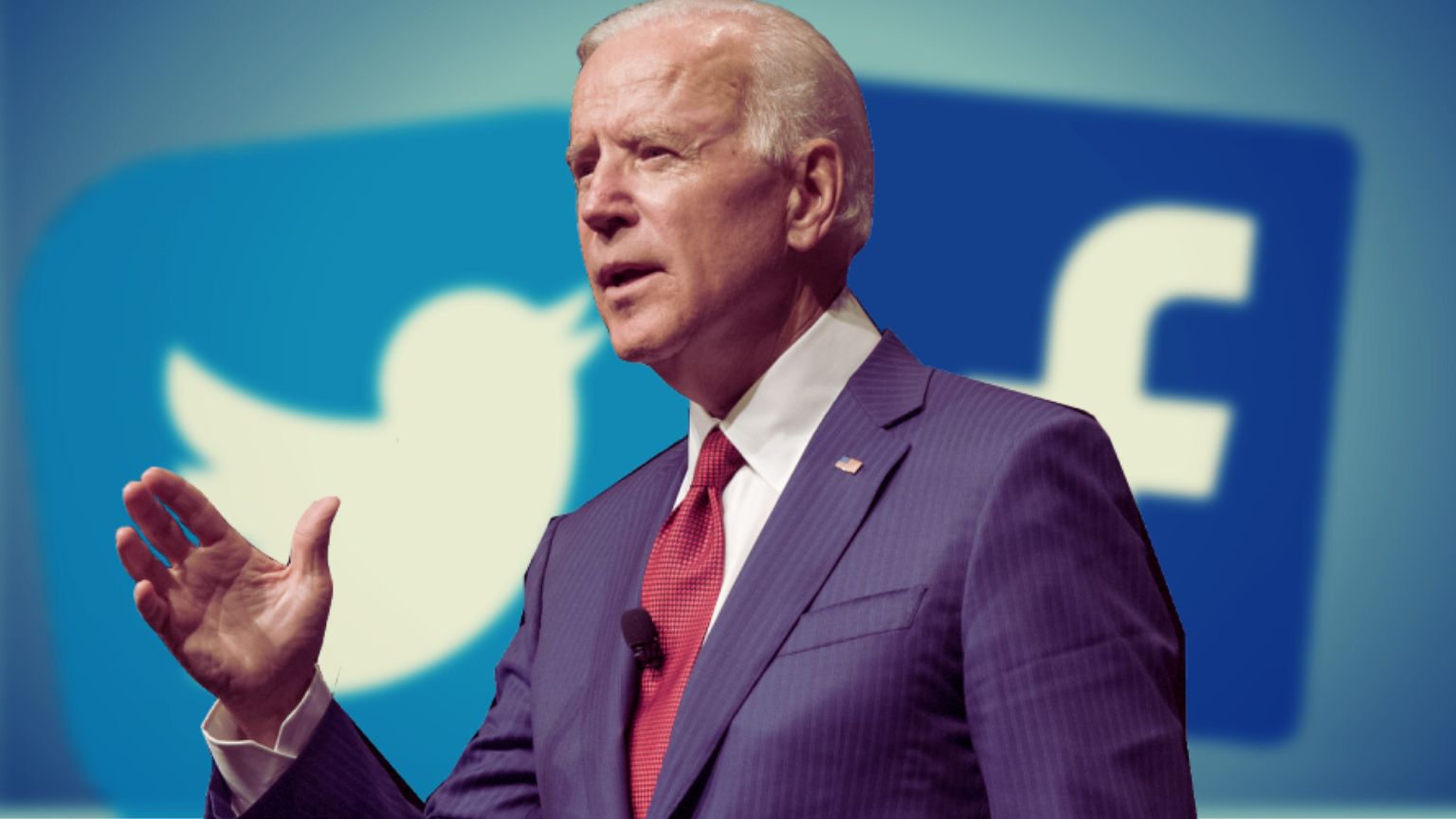 President Joe Biden and multiple top officials in his administration have been sued by two Republican-led states for pressuring and collusion with Big Tech to suppress free speech. The suit cites the Hunter Biden laptop story, the lab-leak theory, the security of mail-in voting, and the effectiveness of cloth masks.

“Having threatened and cajoled social-media platforms for years to censor viewpoints and speakers disfavored by the Left, senior government officials in the Executive Branch have moved into a phase of open collusion with social media companies to suppress disfavored speakers, viewpoints, and content on social-media platforms under the Orwellian guise of halting so-called ‘disinformation.’ ‘misinformation,’ and ‘malinformation,’” the filling claims.

“Labeling disfavored speech ‘misinformation’ or ‘disinformation’ does not strip it of First Amendment Protection … with the common understanding that some false statements are inevitable if there is to be an open and vigorous expression of views in public and private conversation … the First Amendment seeks to guarantee.”

The suit cites the censorship of the Hunter Biden laptop story published by the New York Post in October 2020, a few weeks to the presidential election.

“Perhaps most notoriously, social media platforms aggressively censored an October 14, 2020 New York Post expose about the contents of the laptop of Hunter Biden, which had been abandoned in a Delaware repair shop and contained compromising photos and email communications about corrupt foreign business deals,” the suit states.

The lawsuit also notes that Big Tech platforms “aggressively” censored “speech that raised concerns about the security of voting by mail, a major election-security issue.”

It also cites the censorship of content suggesting that COVID-19 leaked from a lab. Many studies have since supported the lab-leak theory. The attorneys general accuse Dr. Fauci of “orchestrating a campaign to falsely discredit the lab-leak theory.”

The suit also notes that YouTube censored videos questioning the effectiveness of cloth masks, which the CDC later confirmed were less effective than other types of masks.

“There is a common theme to all these examples of wrong-headed censorship: Each involved censoring truthful or reliable information that contradicted left-wing political narratives,” the lawsuit, filed in the Western District of Louisiana US District Court, states.