Despite a new report suggesting that COVID-19 may have emerged in a laboratory, CBC News is encouraging children not to believe this idea and to convince relatives not to share this information.

Conspiracy theories about the coronavirus

Since this virus became a worldwide problem, many people have begun to believe stories originally cataloged as conspiracy theories.

The way the mainstream media has tried to tackle these conspiracy theories has not actually reduced them. In fact, their endorsement for censoring them has only helped to fuel the conspiracies.

But now what was once labeled a conspiracy theory is now being thought of as a credible idea. Both Fox News and CNN have published a report suggesting that sources indicate that the virus could have come from a Wuhan lab.

Fox News and CNN sources revealed that COVID-19 was possibly a virus that was being studied at the Institute of Virology lab in Wuhan, not as a weapon, but to demonstrate the Chinese government’s efficiency in preventing diseases.

Reports also note that the story that the virus originated from a Wuhan black market was China’s way of concealing its involvement in the outbreak.

But Facebook’s notorious fact-checkers are already marking these allegations as false.

And now CBC is telling kids to ignore their parents who suggest it.

Is uncle Bob spreading COVID-19 misinformation in the family group chat? This doesn't have to be awkward. pic.twitter.com/SxX5HVqY9a

In the video, which almost looks like a North Korea-style public service announcement, a presenter laments that someone’s father is sharing information from a strange link that says China created the coronavirus.

Next, the video presents a woman from a fact-checking organization who speaks directly to the children, explaining how to confront these situations.

The presenter in the CBC video suggests that the best way to prevent the spread of false information is by sharing official media articles, oddly quoting an article of their own titled “No, the new coronavirus wasn’t created in a lab.”

“Maybe send an article from a legitimate source quoting credible scientists on why the virus wasn’t manufactured,” she says.

The video, however, has also not been well received by users, as can be seen in the ratioed tweet responses where they are accused of being fake news. 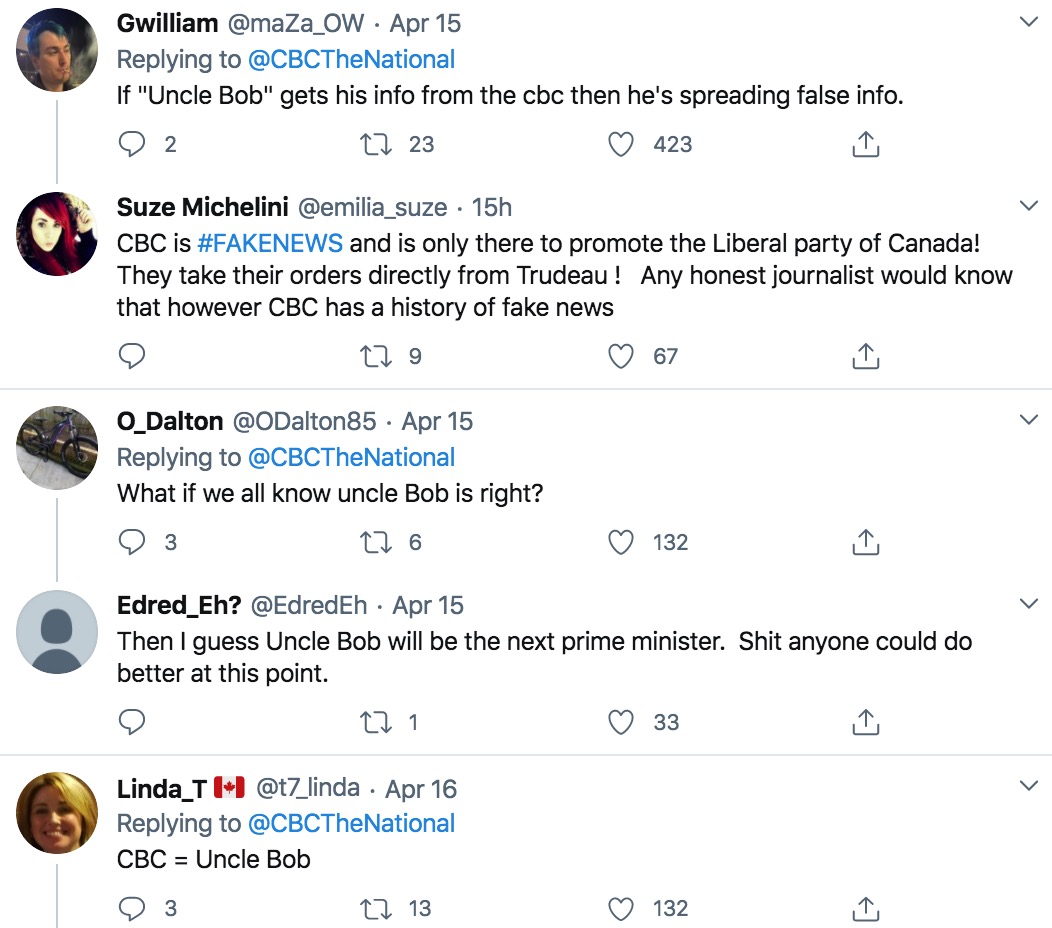 Everything seems to indicate that in general, people no longer fully trust any mainstream media after how the pandemic information has been handled, which is why the CBC could be trying to get them while they’re young.