One of many revelations in a trove of newly released emails.
Share 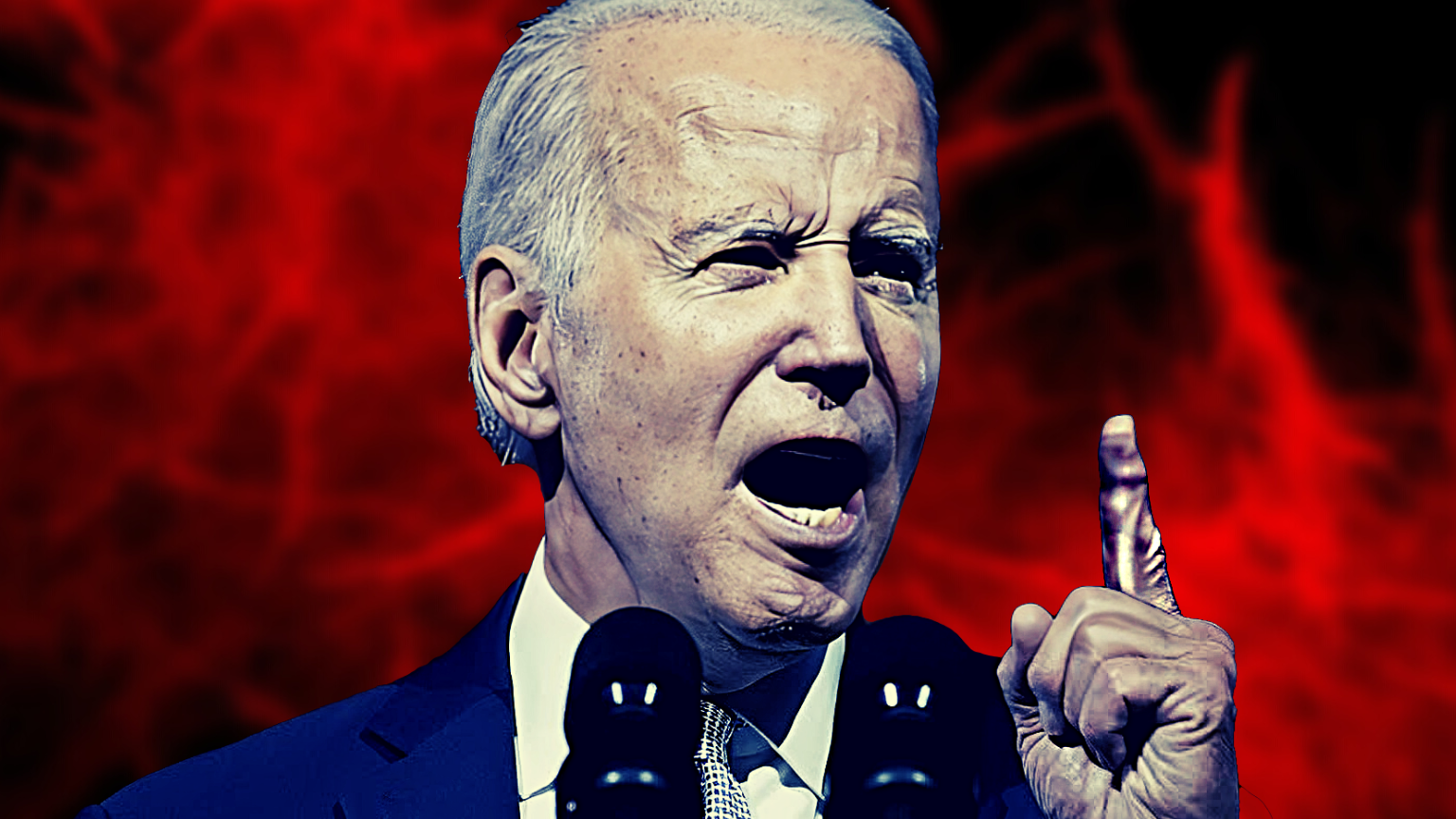 Hundreds of pages of newly released emails that were obtained during the discovery phase of a lawsuit alleging censorship collusion between the Biden administration and Big Tech platforms show Facebook updating its censorship policy based on feedback from the Centers for Disease Control and Prevention (CDC), White House officials flagging accounts for Facebook to censor, and more.

In one email, Facebook asked the CDC to confirm whether the claims it currently censors are false and updated its censorship policy after confirmation from the CDC.

You can see this email here.

Several emails show White House and National Institute of Health (NIH) officials flagging what they describe as “fake” Dr. Fauci accounts. However, according to Missouri Attorney General Eric Schmitt, the account flagged by the White House official was actually a parody account. 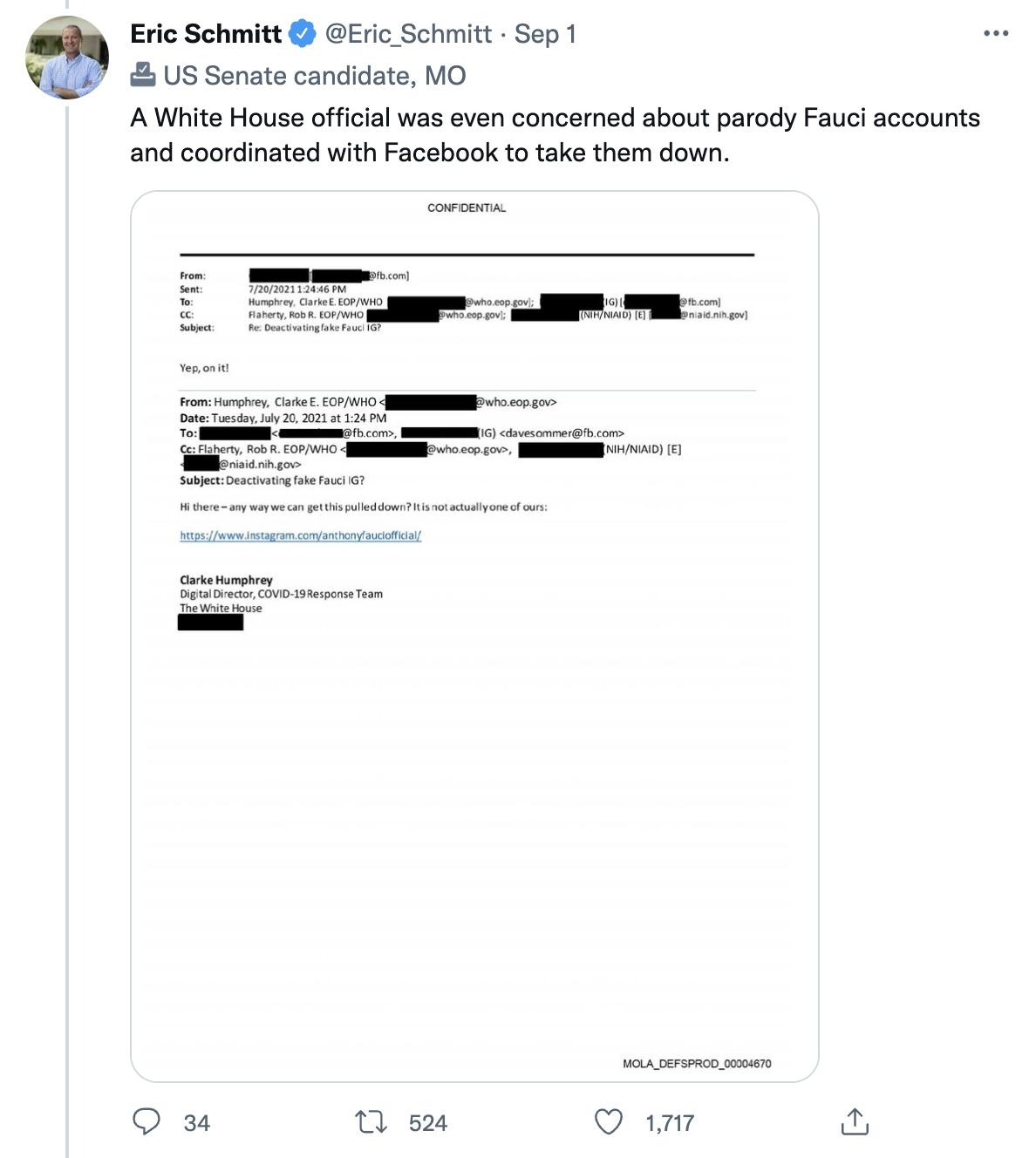 You can see these emails in the joint statement from the plaintiffs in the lawsuit here (pages 400-404).

On July 16, 2021, a senior Facebook official emailed US Surgeon General Dr. Vivek Murthy to tell him “our teams met today to better understand the scope of what the White House expects from us on misinformation going forward.”

You can see this email here.

This email was sent shortly after the US Surgeon General had issued an advisory saying there should be “clear consequences” for online “misinformation super-spreaders.”

Just a few days later, on July 23, 2021, the same senior Facebook official thanked the US Department of Health and Human Services (HHS) for “taking the the time to meet earlier today” and detailed how Facebook would be “increasing the strength of our demotions for COVID and vaccine-related content that third party fact-checkers rate as ‘partly false’ or ‘missing context'” and “making it easier to have Pages/Groups/Accounts demoted for sharing COVID and vaccine related misinformation.”

You can see the email here.

Other emails show Twitter scheduling meetings with top White House officials to discuss “vaccine misinformation” and Facebook confirming that it was having weekly meetings with the CDC and proposing proposing additional monthly “misinfo / debunking” meetings.

You can see the email here.

In addition to the emails, a joint statement from the plaintiffs in the lawsuit, Missouri Attorney General Eric Schmitt, Louisiana Attorney General Jeff Landry, and the New Civil Liberties Alliance (NCLA), alleges that Cybersecurity and Infrastructure Security Agency (CISA) Director Jen Easterly texted another CISA official about “trying to get us in a place where Fed can work with platforms to better understand the mis/dis trends so relevant agencies can try to prebunk/debunk as useful.” Easterly also allegedly complained about social media platforms’ being “hesitant” to work with government and said “platforms have got to get more comfortable with gov’t.”

You can see the allegations about Easterly’s texts in the joint statement from the plaintiffs in the lawsuit here (pages 8-9).

Schmitt said these communications between Big Tech and the federal government show “a vast censorship enterprise” and that the documents “prove that federal officials and social media companies are coordinating on censorship.”

“This is just the beginning,” Schmitt said. “We’ve beat the Biden Administration in court in this case, and we plan to do it again.”