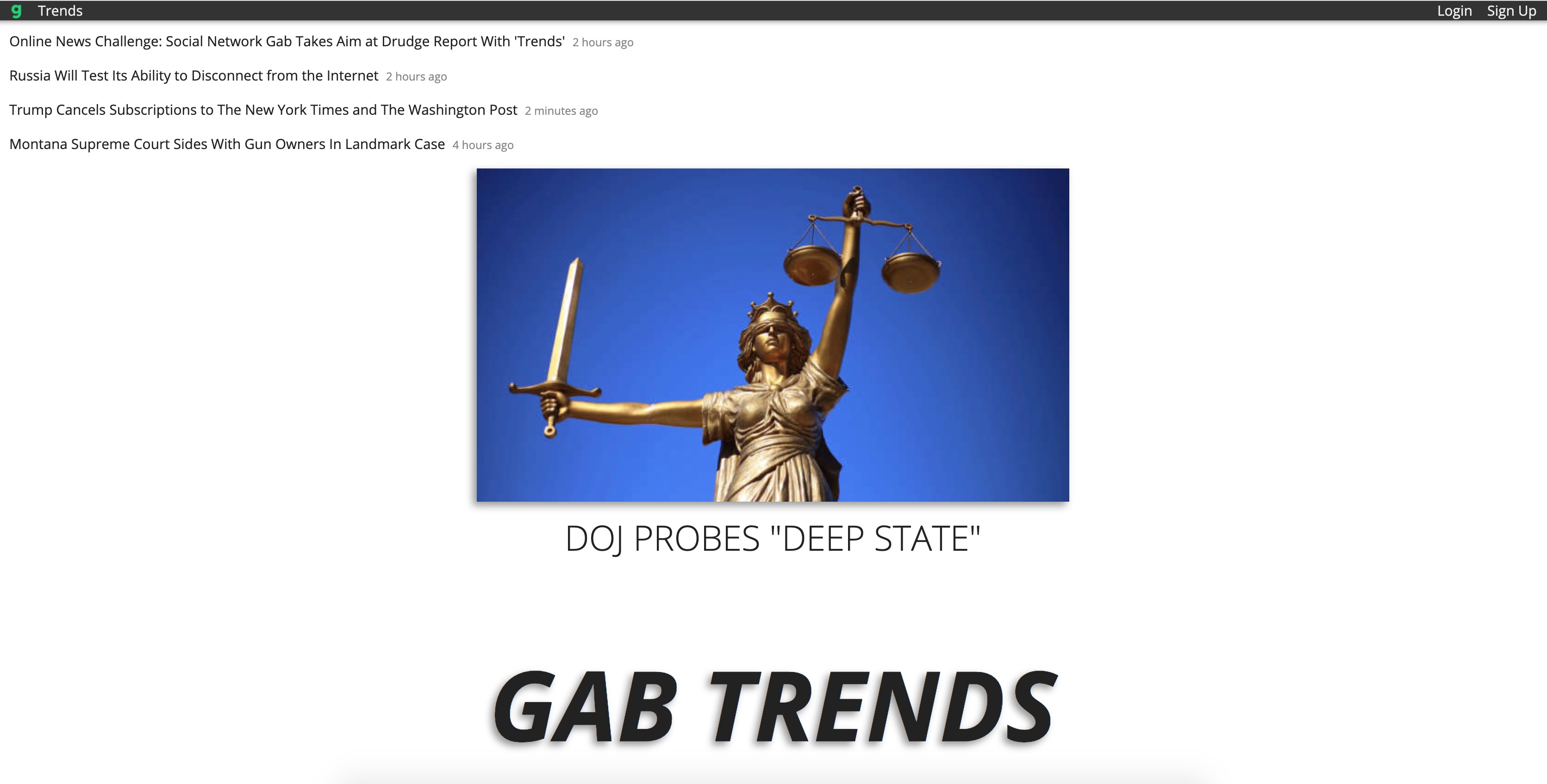 In an age where the duopoly of Facebook and Google have taken over not only the advertising market but also the marketplace of ideas from which most people get their news, other platforms, aggregators, and traffic sources are more important than ever.

For a long time now, one of those most acclaimed and respected sources for news has been the Drudge Report.

But, in recent weeks, some users have somewhat soured on the platform as the stories have been more critical of President Trump.

In a world where tech giant Facebook is moving to pay publications to license their content, Google is a dominant driver of much of the news traffic, and news giant CNN is starting its own news aggregation app, the changes at the Drudge Report, and some of the reactions to them, have heavy cultural significance – not only in terms of politics, but also in terms of the monopolization of news and monetization.

Little has changed since the Drudge Report’s humble beginnings as a newsletter in 1995 and subsequent webpage in 1997. Matt Drudge would find the most pressing political news stories of the day and aggregate them for the world. With assistants, including no other than Andrew Breitbart – who would later go on to launch two news giants Breitbart.com and The Huffington Post – the Drudge Report was one of the web’s earliest successes.

It was the Drudge Report that broke the news of President Bill Clinton’s inappropriate encounters with a White House intern, and that Jack Kemp would be Bob Dole’s running mate in the 1996 presidential election.

These days, not only is Drudge Report a major traffic driver for news sites, but it’s also one of the most bookmarked, bringing in over 80 million visitors per month, according to data analytics firm Similar Web.

During the Trump campaign in 2016, Politico described the Drudge Report as being “all in” for Trump and many of the headlines were supporting then-candidate Trump.

But in recent weeks, the Trump impeachment saga has perhaps proved to be a turning point for Drudge Report, with Drudge recently being quoted by Fox News analyst Judge Andrew Napolitano as saying that Trump’s behavior was “criminal and impeachable.”

Pro-Trump fans have increasingly been at odds with the direction that the site has taken.

Drudge Report continues to pile on against Trump pic.twitter.com/3tj0BovBnv

The Drudge Report is starting to suck.

What happened to #drudgereport website sucks as of late!!!

Politics aside, and just speaking in terms of online communities, for many pro-Trump conservatives, the online platform landscape has been increasingly hostile and, from an online culture perspective, it will be interesting to see what happens and what emerges when an incredibly large but often maligned fan base find themselves homeless in terms of places to get their news.

Especially when the control of the news sources is increasingly in the hands of a few tech giants.

With leaked video of Google executives saying that it wants to prevent the next “Trump situation”, Facebook censoring pro-Trump fan pages, political Twitter being almost entirely anti-Trump, and Reddit “quarantining” its biggest pro-Trump community, for those that support the President, the options are increasingly slim.

One solution that’s been proposed is from free speech company Gab, with a new feature called Gab Trends.

Gab Trends democratizes news aggregation and leaves it to the people to decide what’s hot and what’s not, by using a system that aggregates news by what stories have the most comments through the commenting system Dissenter.

This way, Gab Trends gives visitors a broad spectrum of news sources from across both legacy mainstream media and upcoming alternative media sources. It gives users a real look at what’s popular with people, regardless of political alliances. 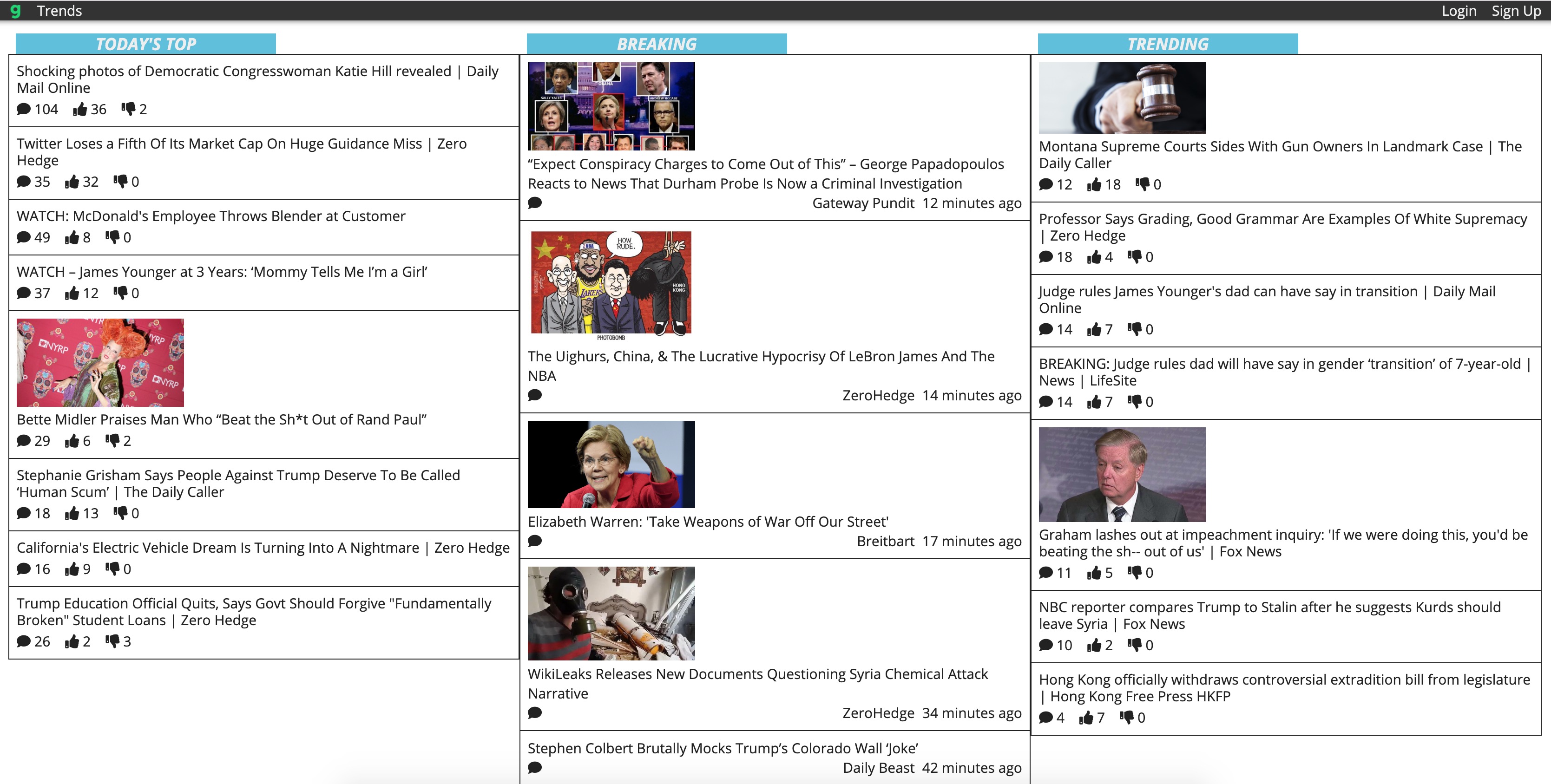 It appears that Gab Trends wants to go beyond what Drudge Report ever offered and so users can not only upvote or downvote stories, they can also comment on any of them and share their opinion. This is increasingly interesting in an age where many news organizations have decided to shut off their comments sections.

While Gab Trends is still in its infancy, its rapid creation and growth in response to recent changes at Drudge Report give some insight into what’s possible with burgeoning platforms and technologies that are being energized by the recent culture wars.