The Donald subreddit quarantined on the eve of US presidential debates

The Donald is one of the most influential sources of pro-Trump memes.
Share 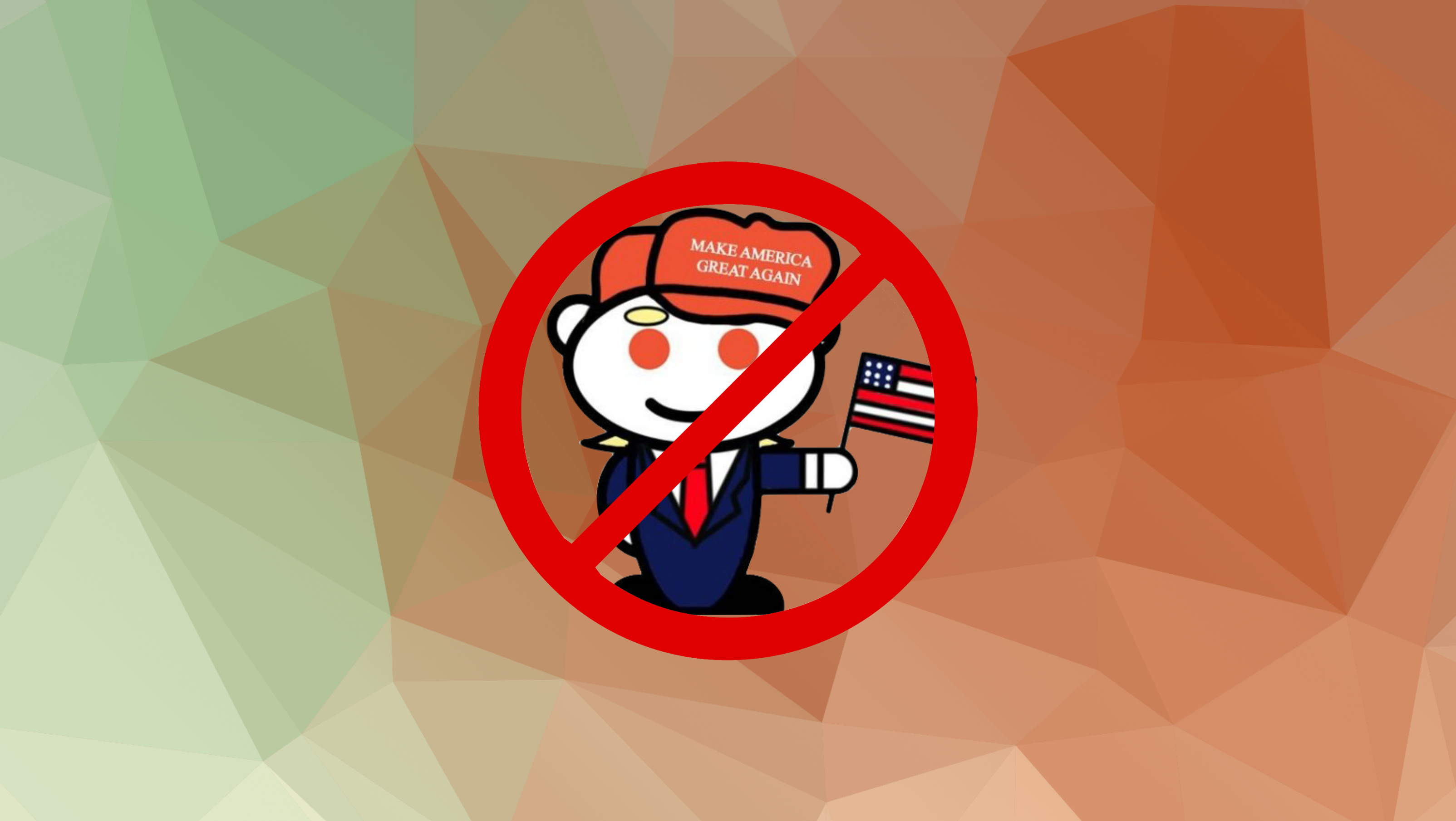 The Donald, one of the most popular subreddits and a community that was instrumental in helping President Trump get elected in 2016, has been quarantined by Reddit on the same day that the first US Democratic presidential debates take place. The quarantine means that posts from The Donald will be suppressed on Reddit and people now have to opt-in to see posts from the community. The moderators of The Donald say that the quarantine has set up an impossible standard as a reason ban the subreddit completely before the 2020 US presidential election.

The moderators of The Donald shared the message they received about the quarantine (archive link) on Reddit but it has since been removed by Reddit admins in what appears to be a further act of censorship.

The trigger for this quarantine appears to be a Media Matters article which alleges that The Donald is full of calls for violence and focuses on some user’s posts about events in Oregon. The Media Matters article was picked up by numerous legacy media outlets and the Reddit admins specifically mentioned “encouragement of violence towards police officers and public officials in Oregon” when they said violent content was not being reported.

Many people are also noting that a complaint from Vox host Carlos Maza which links to this Media Matters article may have encouraged Reddit to take action against The Donald. Maza has past form when it comes to pressuring tech companies to censor creators and communities and recently pressured YouTube into demonetizing comedian Steven Crowder. The moderators of The Donald seemed to be aware of Maza’s attempts to shut down their subreddit and tagged Crowder when they noticed the tweet a day before they were quarantined.

After being quarantined, the moderators of The Donald pushed back against the claims that the community is full of calls for violence, saying that threats are very rare and removed quickly when they occur.

Any threats toward public officials, rare as they may be, have been actively removed by moderators forever. Again, pure lies by Reddit.

Why were we actually quarantined, then?

They also disputed Reddit’s claims that the community is too reliant on Reddit admins for rule enforcement by showing that in the last 30 days, Reddit admins have only removed 29 posts which equates to less than one removal per day.

Reddit claims that The_Donald was quarantined because they have to spend too much time removing content on the subreddit. This is a report of everything they've "had" to do in the last month. (Including stripping me of my ability to do the job they're complainign about) pic.twitter.com/k2KLNmnOJJ

I got curious and ran a mod log report for the last 30 days. It shows the total mod actions as well as a breakdown by who did them.

The moderators believe that the real reason for this quarantine is that The Donald helped to spread the recent Project Veritas investigative report which exposed Google’s biased AI. This claim is supported by the fact that one of the 29 posts removed by Reddit admins is this Project Veritas report and that Reddit also suspended the Project Veritas Reddit account two days before The Donald was quarantined.

But The_Donald is where the story got attention on Reddit, and likely elsewhere. They couldn't let that stand. They already largely censored The_Donald from reaching the front page, but apparently that wasn't enough. So they began looking for any reason to quarantine us. 4/7

The moderators added that the timing of this quarantine is suspicious, given that it happened on the same day as the first US presidential debates. The Donald is highly influential with over 756,000 subscribers and a study from University College London found that it’s one of the most effective places on the internet at spreading memes outside of its community. Quarantining The Donald now is likely to have a significant impact on the online discourse surrounding these debates and limit the spread of pro-Trump memes.

The quarantine means that if people try to access The Donald, they’re presented with a warning message which requires them to opt-in before they can view posts. It says:

“Are you sure you want to view this community?

This community is quarantined.

It is restricted due to significant issues with reporting and addressing violations of the Reddit Content Policy. Most recently the violations have included threats of violence against police and public officials.

As a visitor or member, you can help moderators maintain the community by reporting and downvoting rule-breaking content.

Are you certain you want to continue?”

If people select “CONTINUE,” they’re also presented with a second warning at the top of The Donald which reads:

This community is quarantined: It is restricted due to significant issues with reporting and addressing violations of the Reddit Content Policy. Most recently the violations have included threats of violence against police and public officials. As a visitor or member, you can help moderators maintain the community by reporting and downvoting rule-breaking content. Click to return home.”

In addition to these warning messages, the quarantine also limits the reach of The Donald posts on Reddit by preventing them from appearing in non-subscription based feeds such as the Reddit Popular feed, Reddit search, and Reddit recommendations. Plus, it removes custom styling from The Donald and restores the report and downvote buttons.

The quarantine also means that the future of The Donald is uncertain. Reddit admins have told the moderators that The Donald is now being monitored for “patterns of rule-violating content” and that Reddit will consider an appeal to lift the quarantine but “if this situation continues to escalate,” the community could be banned. The moderators believe that Reddit has set an impossible standard with this quarantine and that a ban is inevitable in the run up the 2020 US presidential election.

The quarantining of The Donald is part of a massive escalation in online censorship that seems to have been kickstarted by two recent Project Veritas investigative reports – the first of which focused on Pinterest using internal blacklists to censor content and the second of which focused on Google using its biased AI to prevent the next “Trump situation”.

The big tech giants have desperately tried to censor the contents of these reports by scrubbing them from YouTube and Twitter but this has created a huge Streisand effect which has brought more awareness to the stories and the censorship that these tech companies engage in.