Google says it will anonymize the data first.
Share

The tech giant Google is now considering sharing the location data it collects with the government to provide data on whether social distancing methods are being well-enforced.

“We’re exploring ways that aggregated anonymized location information could help in the fight against COVID-19. One example could be helping health authorities determine the impact of social distancing, similar to the way we show popular restaurant times and traffic patterns in Google maps,” said Johnny Luu, Head of Communications and Public Affairs, Google Health.

Though, he said that any partnership with governments “would not involve sharing data about any individual’s location, movement, or contacts.”

To make matters simple and disallow the government from identifying individuals that aren’t practicing social distancing, Google says it would “anonymize” the data before sending it in.

Similar to how heavy traffic and congestion is detected and displayed via location data in Google Maps, the tech giant plans on implementing the same practice in this case too.

Citymapper, a travel locator app is also aiding the UK government by providing anonymized data. The app uses a metric known as ‘Mobility Index’ to gauge the movement and gatherings of people that are using their app around the world. 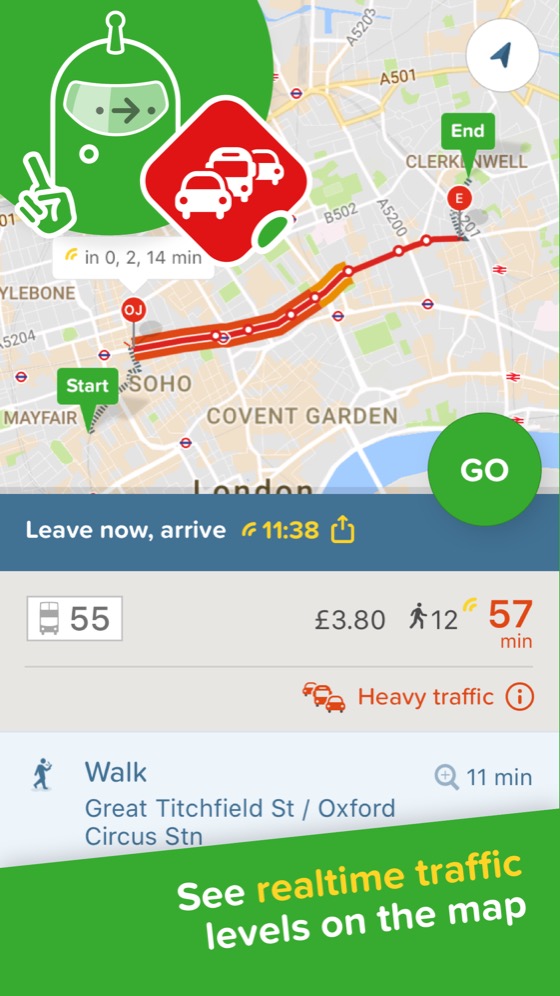 “We have received requests from the UK government to help and we will do our best. We protect the privacy of our users and are sharing aggregated analysis,” said Citymapper to the New Scientist magazine.

Here’s a brief comparison of the mobility indices of a few prominent places: Barcelona, Madrid, and Paris stood at 4%, whereas Milan, one of the most-affected regions in Italy, stood at 3%. London, however, had a mobility index of 23%, highlighting the fact that self-quarantine and social distancing isn’t being rigorously followed when compared to other regions and was a major reason for Prime Minister Boris Johnson’s announcement of a lockdown today.

The US government was discussing with Facebook and Google about gathering user location data to learn more about crowded areas as recently as last week.

Officials say that the location data gathered from smartphones can be a “powerful tool” for tracking the virus.