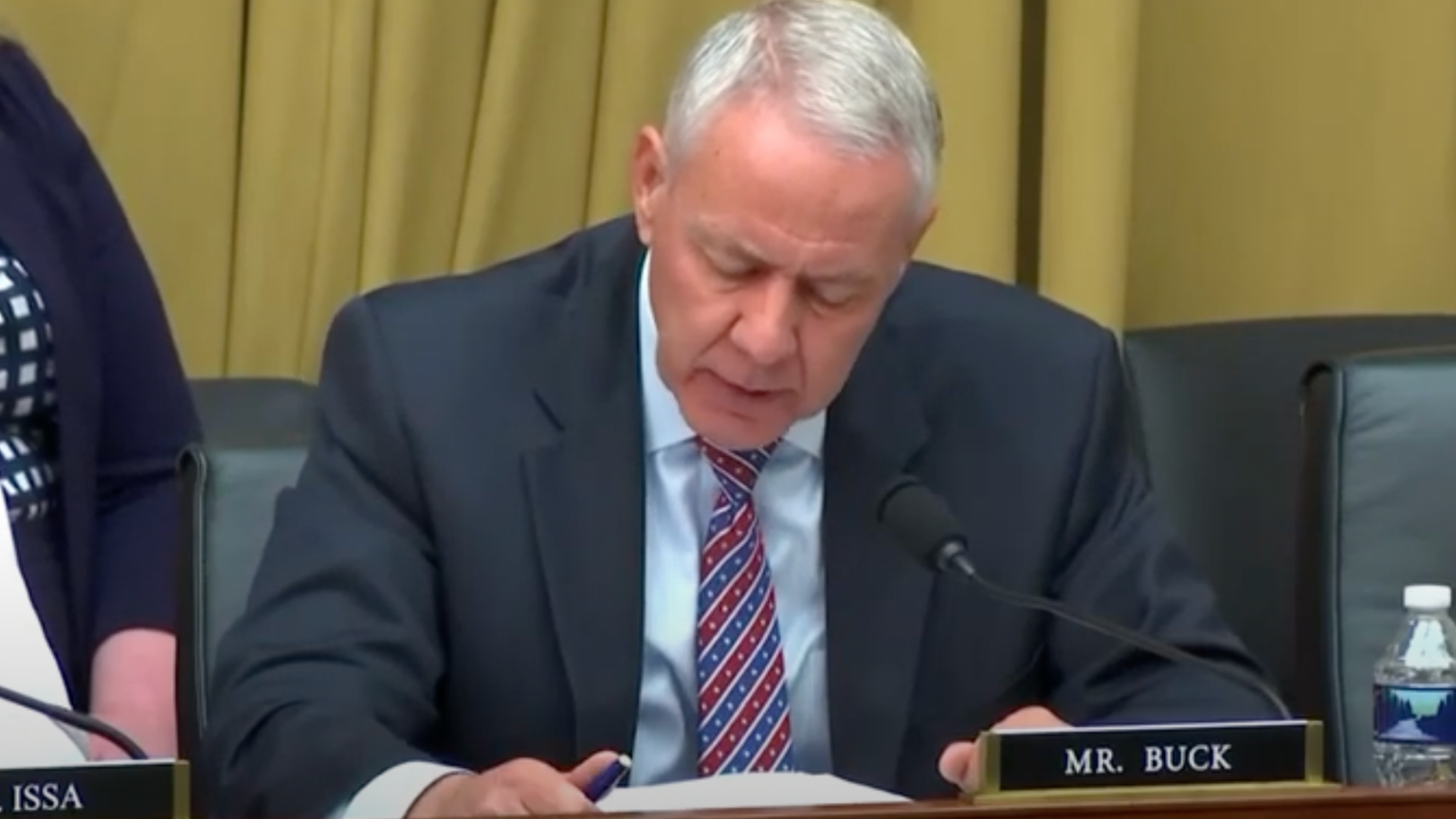 “During the first six months of the COVID-19 pandemic, Facebook removed more than 7 million posts that purportedly spread misinformation about the virus, and your company placed contextual notes on more than 98 million posts it deemed as potentially misleading,” Buck wrote. “Monitoring posts across Facebook and Instagram for misinformation about COVID has been an undoubtedly herculean task, but Facebook has vigorously taken on this challenge.”

Buck said that the platform censored content on the origins of the pandemic and the Hunter Biden story for “the supposed interest of public informational safety.” 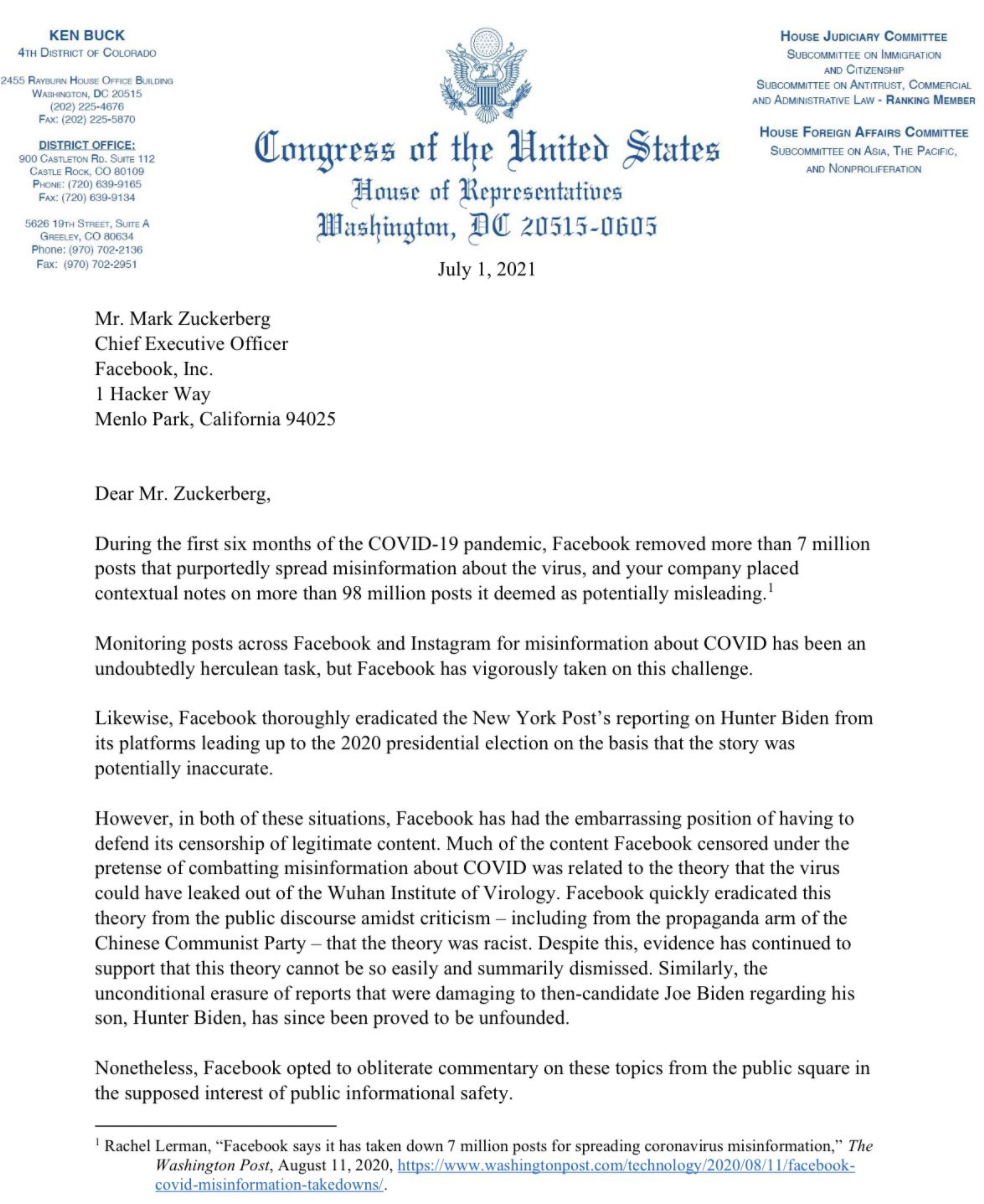 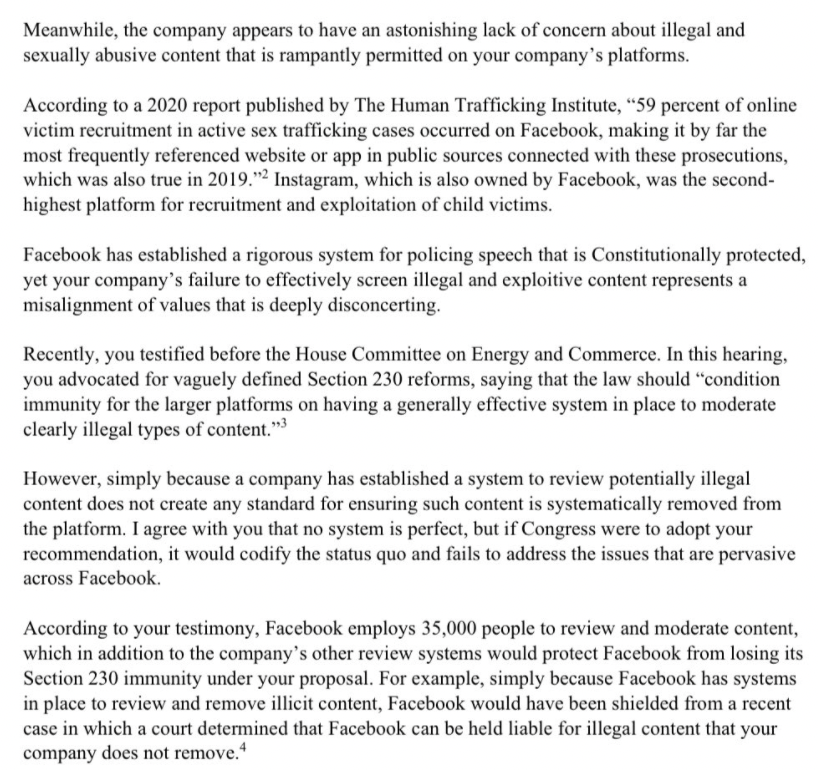 “Your company is only able to selectively moderate content based on the political agenda of your company and its employees because Facebook possesses monopoly power over the market,” Buck wrote. He warned that “stifling ideas can backfire if it leads people to believe there’s a ‘real story’ that is being suppressed.’”

In both cases (the Hunter Biden story and the origins of the pandemic), “Facebook has had the embarrassing position of having to defend its censorship of legitimate content.” In recent months, more evidence has emerged that supports the lab leak theory. Additionally, “the unconditional erasure of reports that were damaging to the-candidate Joe Biden regarding his son, Hunter Biden, has since proved to be unfounded.”

“The company appears to have an astonishing lack of concern about illegal and sexually abusive content that is rampantly permitted on your company’s platforms,” Buck wrote to Zuckerberg.

“Facebook has established a rigorous system for policing speech that is Constitutionally protected, yet your company’s failure to effectively screen illegal and exploitative content represents a misalignment of values that is deeply disconcerting.”

Buck’s letter also highlights Zuckerberg’s recent testimony in Congress about reforms to Section 230, expressing disapproval of Zuckerberg’s recommendation of what the Congressman described as “counterproductive actions.”

“Recently, you testified before the House Committee on Energy and Commerce. In this hearing, you advocated for vaguely defined Section 230 reforms, saying that the law should ‘condition immunity for the larger platforms on having a generally effective system in place to moderate clearly illegal types of content,’” Buck wrote.

“Simply because a company has established a system to review potentially illegal content does not create any standard for ensuring such content is systematically removed from the platform,” he explained. “I agree with you that no system is perfect, but if Congress were to adopt your recommendation, it would codify the status quo and fail to address the issues that are pervasive across Facebook.”

The letter concluded with a plea to Zuckerberg: “I urge you to take necessary steps to ensure your platform is an open platform for the free and open exchange of ideas and an unwelcoming place for illegal and exploitative content.”