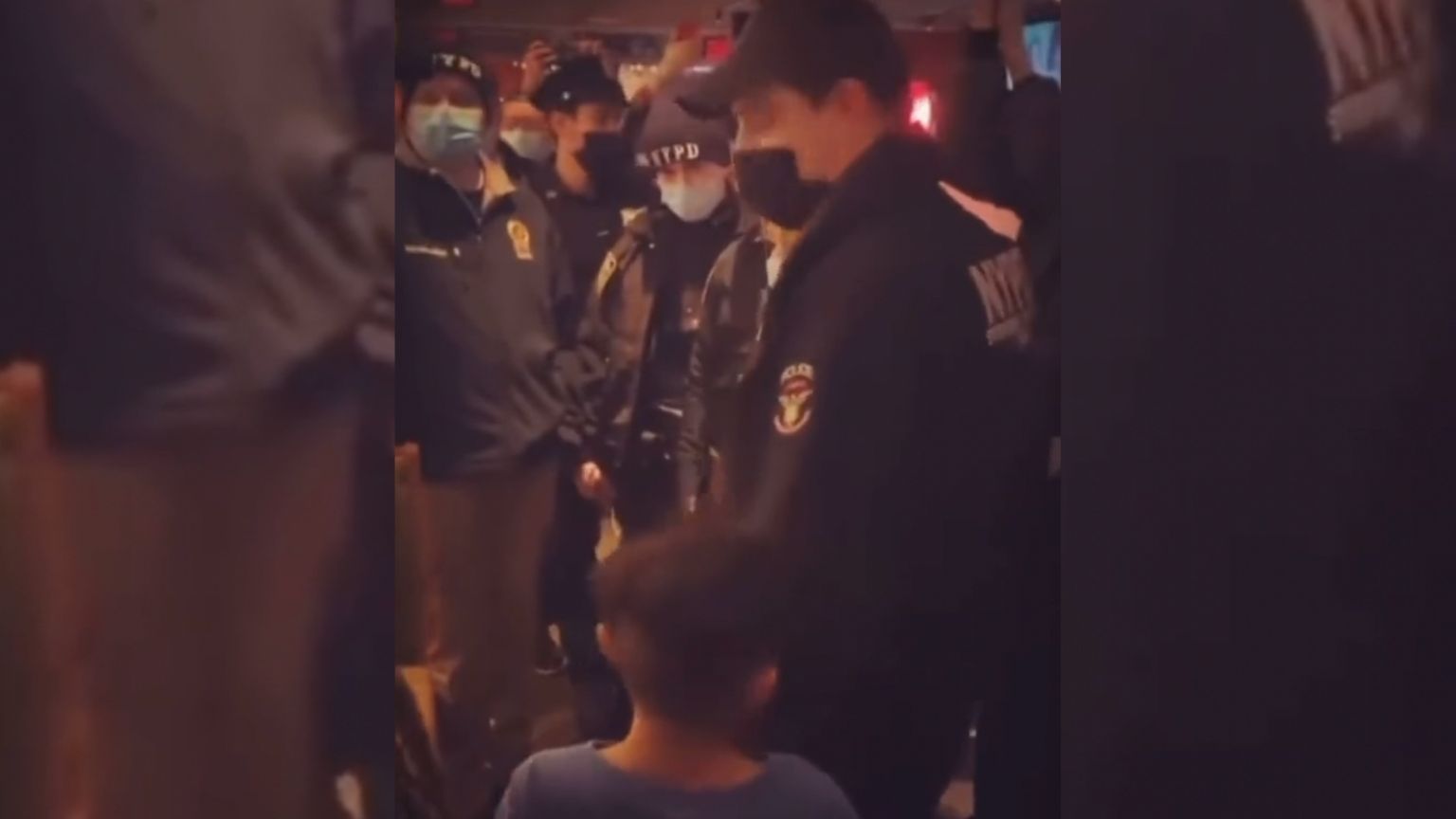 When it comes to controversies surrounding Covid mandates, particularly vaccine passes, the rift these are causing in societies around the world will obviously have to get worse before it gets better.

In New York City, a mother and her child were thrown out of a restaurant because she could not show the boy’s vaccine passports to the police sent to the establishment.

A video of the incident that has shocked many has appeared on social networks, that shows an NYPD officer approaching the table where the woman and her young child were seated, to inform the mother that they must leave – unless they can produce the boy’s Covid pass.

NYPD kicks out a child for not having a vaccine passport.

The scene was met with indignant disapproval from several people inside the restaurant who witnessed it, and said the behavior of the police was tantamount to scaring and traumatizing a child, calling it “disgusting and gross.”

The tiny boy, seemingly unsure of what to do and what is happening, is seen surrounded by a number of masked and uniformed towering figures, as well as what appear to be other patrons who gathered at the scene, upset.

According to reports, it’s still unknown where the incident took place, but it seems to be an Applebees place in Queens. The area was in the news recently for an anti Covid vaccine protest held at the Queens Center Mall.

To those dismayed and criticizing their actions, the NYPD officers said that all those without proof that they have been vaccinated must leave, or otherwise face charges and arrest on trespassing grounds.

“This will be your only warning,” one policeman is heard saying.

Instead of addressing the specific incident shown in the now viral video – where a mother and her child were targeted for failure to present a Covid vaccine card – when asked for comment, a spokesman for the New York City police force spoke about the previous protest at the same location.

Under current NYC rules for private businesses children as young as 5 must show proof they had been vaccinated with at least one dose.