and the threat to freedom, privacy, and civil liberties

In March 2020, during the early stages of the declared coronavirus pandemic, world leaders started to restrict the freedom of their citizens by forcing them into lockdown.

Many countries framed their response to the pandemic as a temporary measure. For example, an early coronavirus initiative from the White House that encouraged people to stay home was titled “15 Days to Slow the Spread.“

Yet more than a year later, not only are many of these major democratic countries still locked down but their governments have used the pandemic to introduce further measures that infringe on their citizens’ freedom and privacy.

Government-backed contact tracing apps, snitching websites, and more have all become commonplace during the last year.

Now, governments around the world are pushing a new measure that poses an even greater risk to freedom, privacy, and civil liberties – coronavirus vaccine passports.

What is a vaccine passport?

In countries and states where vaccine passports have been introduced, citizens have to scan or show a vaccine passport to gain access to bars, cinemas, restaurants, sporting events, and other business premises.

Entry to these premises is contingent on the vaccine passport showing that the holder has received the COVID-19 vaccine or recently tested negative for the coronavirus.

The laws that impact vaccine passports vary by country and since there’s little legal precedent in this area, there isn’t a definitive answer.

However, even legal experts that argue vaccine passports could be illegal admit that there’s little you can do about it in practice until a binding decision has been issued by a court – a process that could take months or years.

Unless you live in a territory that plans to ban vaccine passports, such as Florida or Missouri, your only immediate recourse is to avoid businesses that are imposing vaccine passports and wait for binding legal precedent to be established.

Legal experts believe that the ability to challenge vaccine passports long-term ultimately depends on their implementation. However, they have suggested that existing privacy and discrimination laws could be used to mount a challenge.

What data do vaccine passports collect?

At a minimum, vaccine passports collect the holder’s vaccination status and test results and store this data locally, either on a piece of paper or a card or in an encrypted format on the holder’s phone.

Some vaccine passports also collect other data such as the holder’s name, date of birth, address, contact information, biometric data, and location data. They may also store some of this data in cloud databases.

Most government health authorities will keep a record of their citizens’ vaccination status.

How is vaccine passport data secured?

Where can I find specific information on a vaccine passport's data collection and security practices?

For most vaccine passports, you’ll be able to find detailed information on the data that’s collected and the way this data is secured by researching the passport online.

Here are some of the main places that are likely to provide this information:

How are vaccine passports different from a regular passport?

How are vaccine passports different from proof of age verification?

Proof of age verification applies to a small range of age-restricted products such as alcohol and cigarettes. Vaccine passports restrict access to a much wider range of business premises.

How are vaccine passports different from a yellow fever card?

Yellow fever cards (which show proof of a yellow fever vaccination) are only required to enter countries where the local risk of yellow fever is high. They don’t impose any restrictions on domestic travel.

1. They place major limits on freedom

Before the pandemic, citizens in many countries were able to freely visit bars, cinemas, restaurants, sporting events, and more without restriction.

Vaccine passports erode this freedom by requiring people to show proof that they’ve been vaccinated or recently tested negative for COVID-19 before they can participate in these same activities.

While some systems have introduced security measures to prevent this data from getting into the wrong hands (such as using random long numbers as identifiers), other systems have been shown to be lacking. For example, there have been reports that New York’s vaccine passport system has incredibly lax security protocols, making it easy for a random individual to steal your data.

The implementation of other digital coronavirus tracking systems has also shown that when these types of systems are introduced, the data they collect and store is often shared with numerous third parties. For example, in the UK, data that was collected to comply with its contact tracing law ended up being sold to third parties and a new law was introduced that allowed the police to access data of people who are self-isolating.

And regardless of the security protocols that are in place, digital health records are at constant risk of being breached. Every year, millions of patient records are exposed in data breaches.

Outside of the digital data privacy concerns, vaccine passports also publicly expose some health data by design. Everyone who enters a premises that deploys vaccine passports is publicly revealing details of their vaccination status or health status to those around them.

3. They give more power to institutions that have restricted freedom and privacy during the pandemic

Governments and tech companies have used the pandemic to restrict people’s movements, police what they can say online, and harvest their personal data.

Vaccine passports give these institutions even more power to continue down this path and exert an unprecedented level of control over their constituents.

Governments gain almost complete over people’s movements because they can set the criteria that dictates who is allowed to travel and enter business premises.

The tech companies who are contracted to create and maintain vaccine passports also benefit greatly because users are forced to use their technology, hand over their data, and abide by their rules.

4. They pave the way for more invasive measures

Vaccine passports introduce digital infrastructure that can be used to restrict people’s access to products and services based on any criteria. For now, this criteria is related to coronavirus vaccine status and test results but in the future, the criteria could be greatly expanded.

The growth of China’s social credit system highlights how vaccine passports could rapidly evolve into a sinister digital surveillance system. Since its introduction in 2009, this system has become deeply ingrained in China and uses a wide range of factors to deny millions of citizens access to train and plane tickets. Something as minor as playing loud music on a train or jaywalking is all it takes for a Chinese citizen’s social credit score to be lowered.

What makes this potential future even more chilling is that public figures such as former UK Prime Minister Tony Blair and the Chinese government are calling for a global vaccine passport scheme. If such a scheme were introduced, it would mean one system would be able to set the criteria that dictate freedom of movement for the entire world.

The current COVID-19 vaccines are allegedly up to 95% effective at protecting against the coronavirus with symptoms which means that anyone who wants a vaccine can get a high level of protection from the virus.

Yet even though vaccinated people have a very low risk of contracting the virus and the spread of the virus has been greatly reduced in countries with a high level of vaccine uptake, supporters of vaccine passports insist that this freedom-restricting technology is necessary to slow the spread.

Not only does the data suggest that the spread of the coronavirus is slowing without vaccine passports but making a negative COVID-19 test result one of the vaccine passport criteria also reduces their effectiveness. 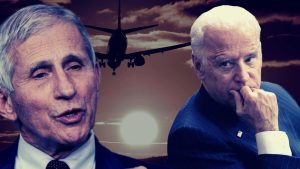 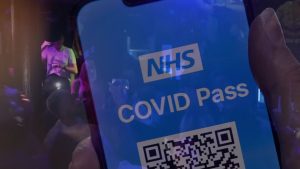 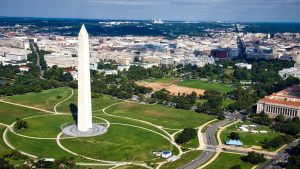 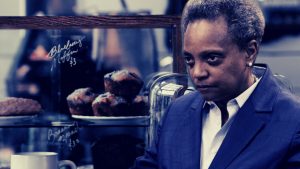 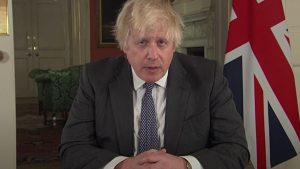