The video has gone viral around the world.
Share 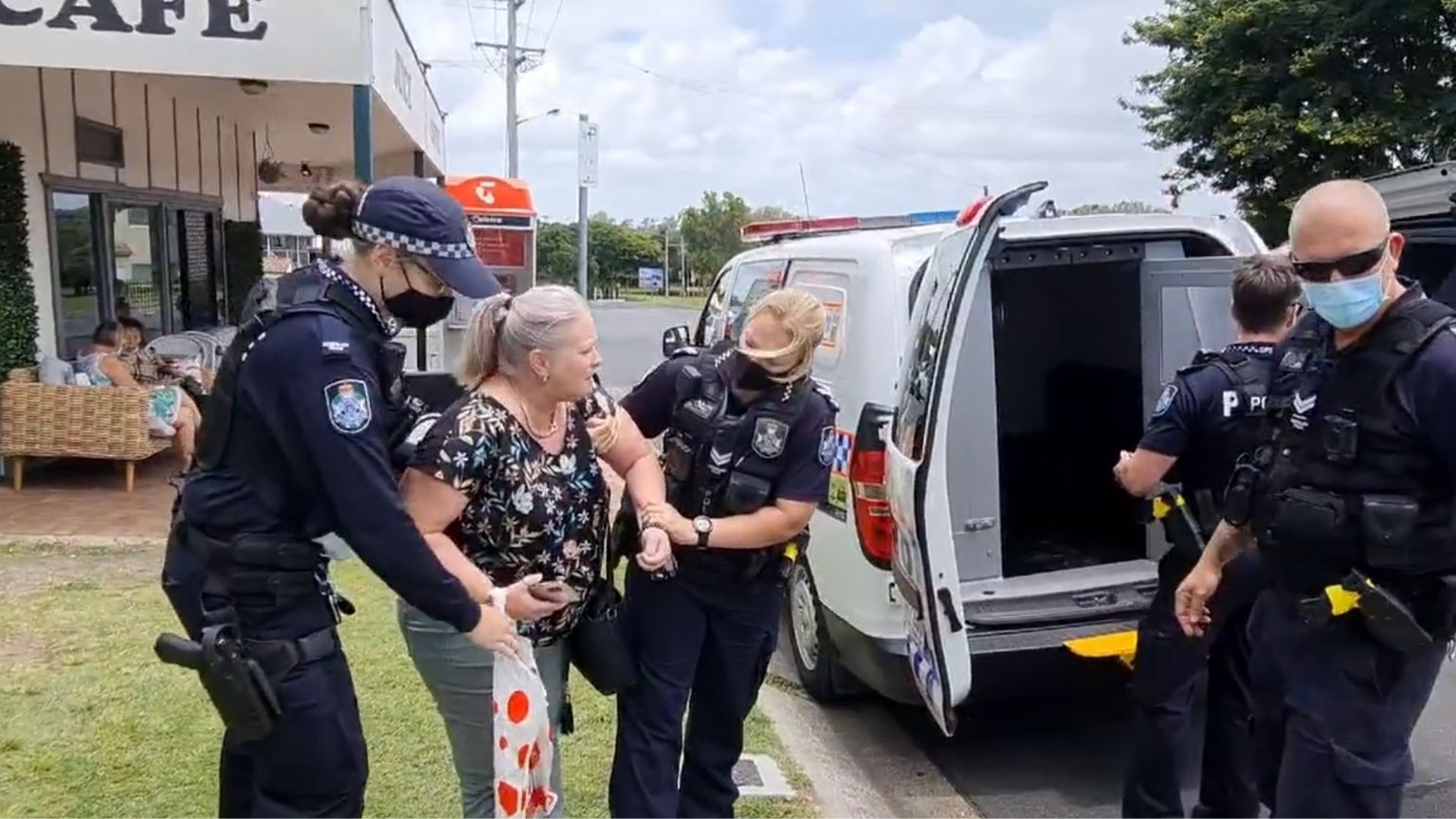 A 46-year-old woman was arrested by five police officers in Queensland, Australia, for failing to show her vaccine passport.

The footage showing the arrest shows police arriving at the Dayman General Store in Hervey Bay, Queensland. They start checking vaccine passports. Realizing she did not have the vaccine pass, a woman, later identified as Rebecca, stands and quickly walks past the officers.

Woman in Queensland arrested for refusing to provide her vaccination status.

This nation has lost the plot. #auspol #COVID19 #vaccine pic.twitter.com/SLkSNNuZZ8

After walking past the police, she looks back, and they start following her.

The video stops. A second clip shows five police officers arresting her in front of the store as she screams “you can’t arrest me.” She is bundled into the car and taken away.

“The police do not know Rebecca’s medical background. Rebecca left the premises immediately and was polite and respectful throughout,” the cafe said in a post.

The owner told the Daily Mail Australia newspaper that the business had been fully compliant with the state and federal public health directives. He said it was the first time Rebecca had visited the establishment.

“It was her first time coming here, and first time she’s been out since December 17,” cafe owner Matt said.

“She thought ‘bugger it, I’m going to have a coffee today,’ and look what happened.”

Matt explained they tried to provide the unvaccinated with options by opening the garden and socially distancing the tables and installing QR codes for contact tracing.

“People can go to food courts and sit side by side, we thought if we opened our garden area, it’d be OK,” the cafe owner said.

“We did a video saying we welcome all of the community. A few days later, on Christmas Eve, three police arrived in their paddy wagon saying we were providing false information and that unvaccinated people can’t even sit in the garden.”

In a statement to the Daily Mail Australia newspaper, the Queensland Police confirmed the arrest, adding that most people have been compliant with the vaccine mandates.

“Acting on information from members of the public, officers attended an Urangun café on January 12 to ensure the business and its patrons were complying with the current Chief Health Officer’s public health directions,” a spokesperson said.

“A woman, who was a patron of the café, repeatedly refused to provide her details when approached by officers.

“After several warnings, the 46-year-old Toogoom woman was arrested and charged with Contravene Direction or Requirement (failure to state name and address) and obstruct police. She is due to appear in the Hervey Bay Magistrates Court on March 10.

“The vast majority of the Wide Bay community has been very compliant with public health directions throughout the COVID-19 pandemic and we urge members of the public to continue to work with us in the interests of keeping our community safe.”