Those outraged didn't seem to notice the irony considering what the game was highlighting.
Share

Reality Check: The Game of Privilege was recently funded on the crowdfunding platform Kickstarter, exceeding the goal of $15,000, with supporters pledging nearly $18,000 as of the time of this writing.

That’s good news for the makers of the game, Elliot Trotter and Dominic Campese, who designed it as a balancing act between “fun and satire” and “harsh truths behind the story of privilege in America.”

But, like predictable clockwork, dark clouds are gathering on Twitter, where an attempt to kick up an outrage storm against the game is now in progress thanks to the creators of another game Swordsfall, and like-minded Twitter users. 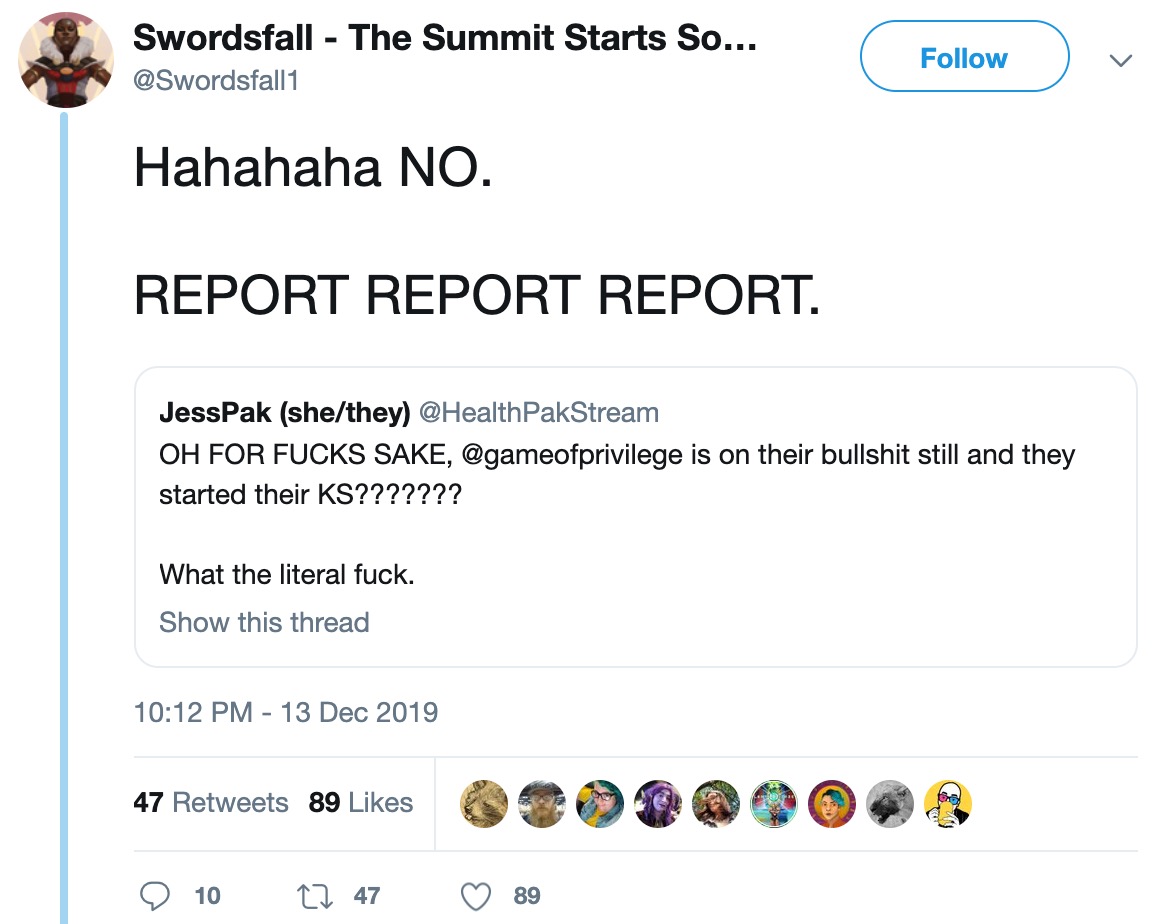 Swordsfall’s account expressed their angry surprise that the Game of Privilege was now on Kickstarter, retweeting a post calling on the gaming website Kotaku and on The Root magazine to react and to see if they’re “reporting on this trash” – a fine example of how gaming, and other media are now weaponized, while “reporting” often becomes shorthand for witch-hunt. 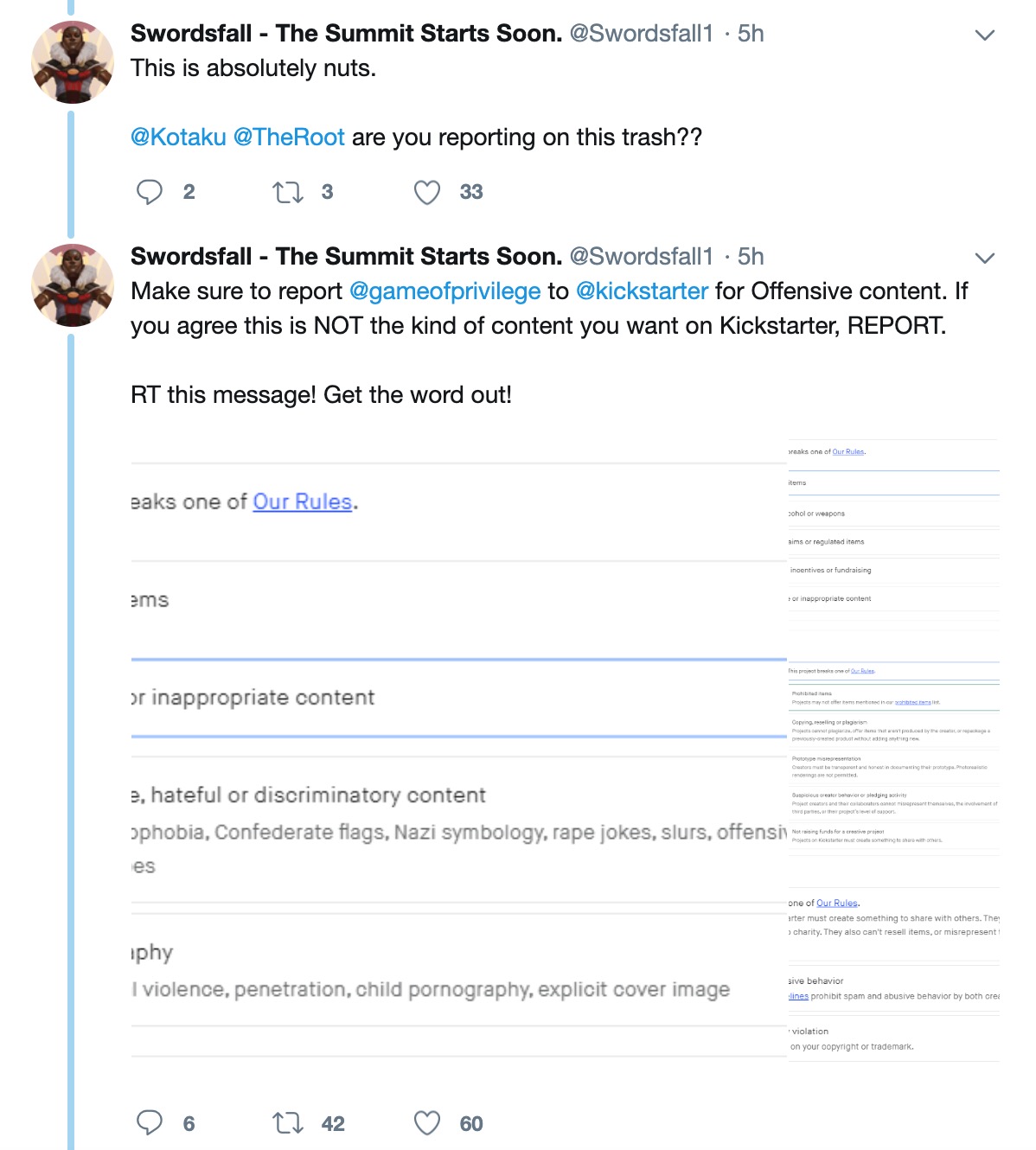 The tweet begins and ends with a call to action issued to the account’s followers to, “REPORT REPORT REPORT” – and also, retweet the post and “get the word out.”

So what has The Game of Privilege done here that warrants such reaction? According to its Kickstarter page, it’s set in contemporary America – “a modern take on classic games like Life and Monopoly injected with a bit of satire and a whole lot of reality.”

The tongue-in-cheek description says that to win the game, a player must successfully complete Life Achievements – “while the game and your friends actively check your privilege.”

The game also includes such features as “Woke Tokens” and promises that “the American Dream comes crumbling down in this unforgettable adventure.”

Its critics said the game is making fun of topics at the heart of current progressive political beliefs.

But it’s a game after all – so making light of anything probably shouldn’t be an issue, especially since its declared goal is “not to patronize the lived-experience of marginalized people, but instead to expose privileged individuals to how privilege functions in American society.”

Swordsfall’s reaction has not been the only one. Earlier in the year, the game’s creators received a warning from another competitor – Whitney “Strix” Beltran, co-creator of Bluebeard’s Bride. 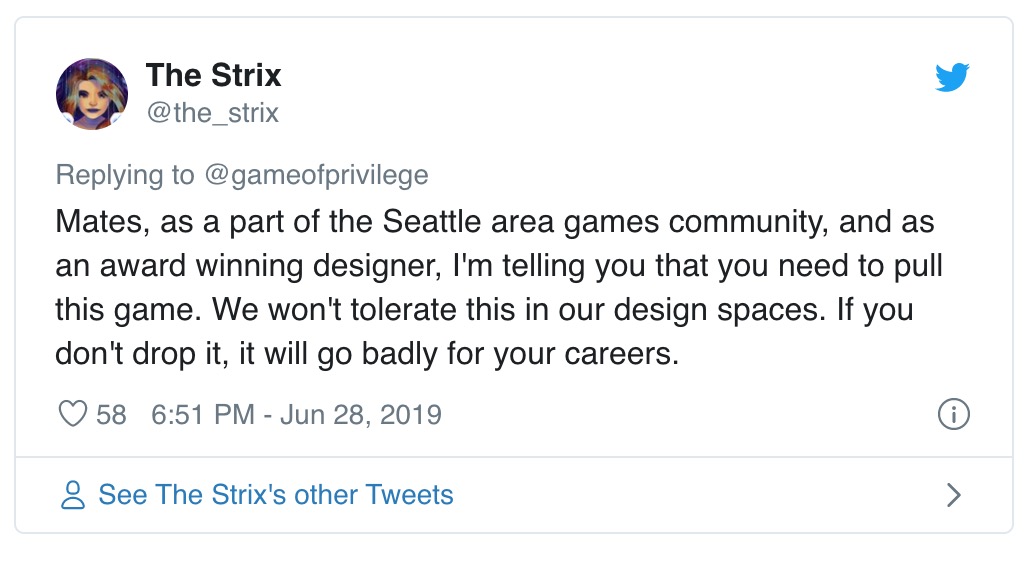 Beltran warned that, if the game were to go ahead, it would “go badly for [Trotter and Campese’s] careers.”