More alternatives are popping up in recent months.
Share

Unfortunately, Facebook’s WhatsApp has seen a surge in usage over the last couple of months, despite the existence of many private alternatives like fully-featured Telegram and the open-source Signal.

But now, a new app called Status is here to give both a run for their money, by wielding the power of Web3.

If you’re unsure what Web3 is, it’s the decentralized next generation of the world wide web that runs entirely on the blockchain. What this means for you is freedom from tech giants controlling what you see (and don’t), as well as the privacy of knowing your data isn’t stored on their servers under their control.

Right off the bat, all communication through Status is fully encrypted from end-to-end. Better yet, your communication doesn’t have to go through a central, third-party server. It goes directly from you to your recipient.

This means that as your data can’t be intercepted or seen by third parties, it also cannot be censored by them. 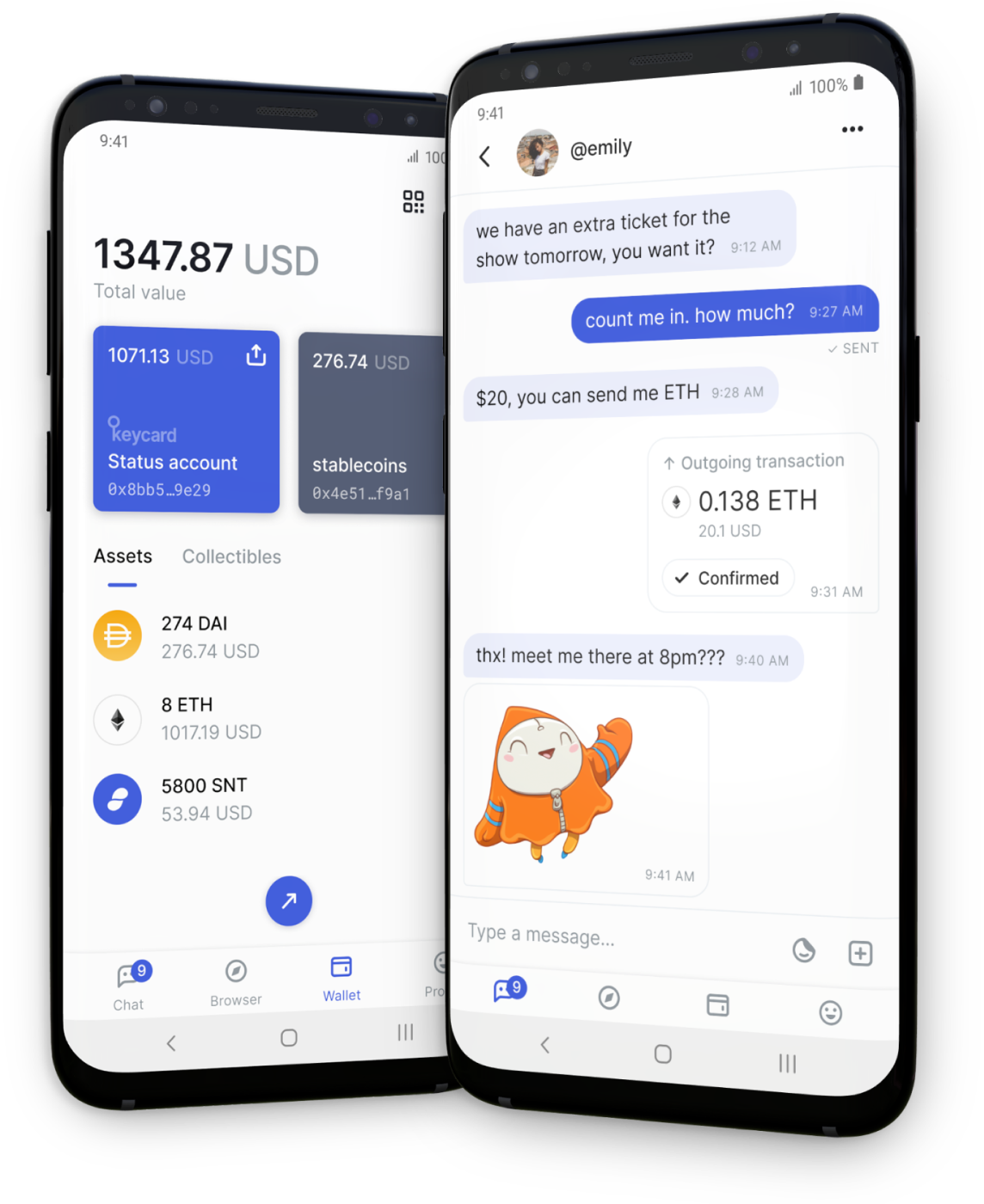 Status also doesn’t ask for a phone number or an email address during setup, making it possible for you to remain completely anonymous while using it.

Although it’s worth mentioning that if you opt for a recognizable identity under a user name, it would be possible to track your transactions on the blockchain.

Beyond instant messaging, Status has a few nifty features under its belt that you won’t find in any other messaging app. It comes with a built-in ERC-20 wallet, which means you can send and receive your Etherium (ETH) coins and other tokens from right within the app.

Status is also your portal to decentralized apps (dapps) through its browser tab.

Decentralized apps and DeFi apps are largely considered to be the future by those neck-deep in the tech and security communities. There are now decentralized forums, message boards, and more – all running completely decentralized on a peer-to-peer blockchain.

To be clear, each dapp and each blockchain will have a different spec with regards to anonymity and privacy.

There’s also often a trade-off between feature sets and privacy. That said, whatever privacy we do sacrifice on the blockchain is in terms of what metadata is left behind that can trace our actions back to us. That’s a far cry from the privacy concerns of current, centralized approaches that are far worse.

One of the most often overlooked benefits of Web3 is that you no longer have to rely on the servers of, say, Facebook, Apple, or Google, in order to send a picture to a friend.

Thanks to the power of peer-to-peer networking, you can communicate even in situations without access to the internet at all, if someone is close by. This can be inexplicably helpful in situations of mass government censorship or surveillance, or even after a natural disaster where the internet is cut off.

To clarify, Status does not advertise offline messaging as a feature, but it is certainly within the realm of their technology to implement.

What Status has confirmed is that it recently updated its app to use the Waku fork of the Whisper protocol. This not only makes it use much fewer device resources, which translates to a more fluid user experience and less battery drain, it also means the app isn’t constantly broadcasting unnecessary metadata, which can be pieced together with other metadata to determine the user’s identity.

Of course, plenty of tools currently exist for many of these functions individually. The difference is that Status combines them all under one roof with an attractive, intuitive, modern UI that makes them more pleasant to use.

The decision to include a crypto wallet in their IM client is one of the major factors that sets Status apart from the competition. Currently, Facebook’s Messenger is the only popular app that allows you to send and receive money through an IM chat. It’s nice to see the functionality be adopted by a service that values your privacy.