Surfshark claimed that media freedom is one of its "core values" as it canceled the sponsorship.
Share 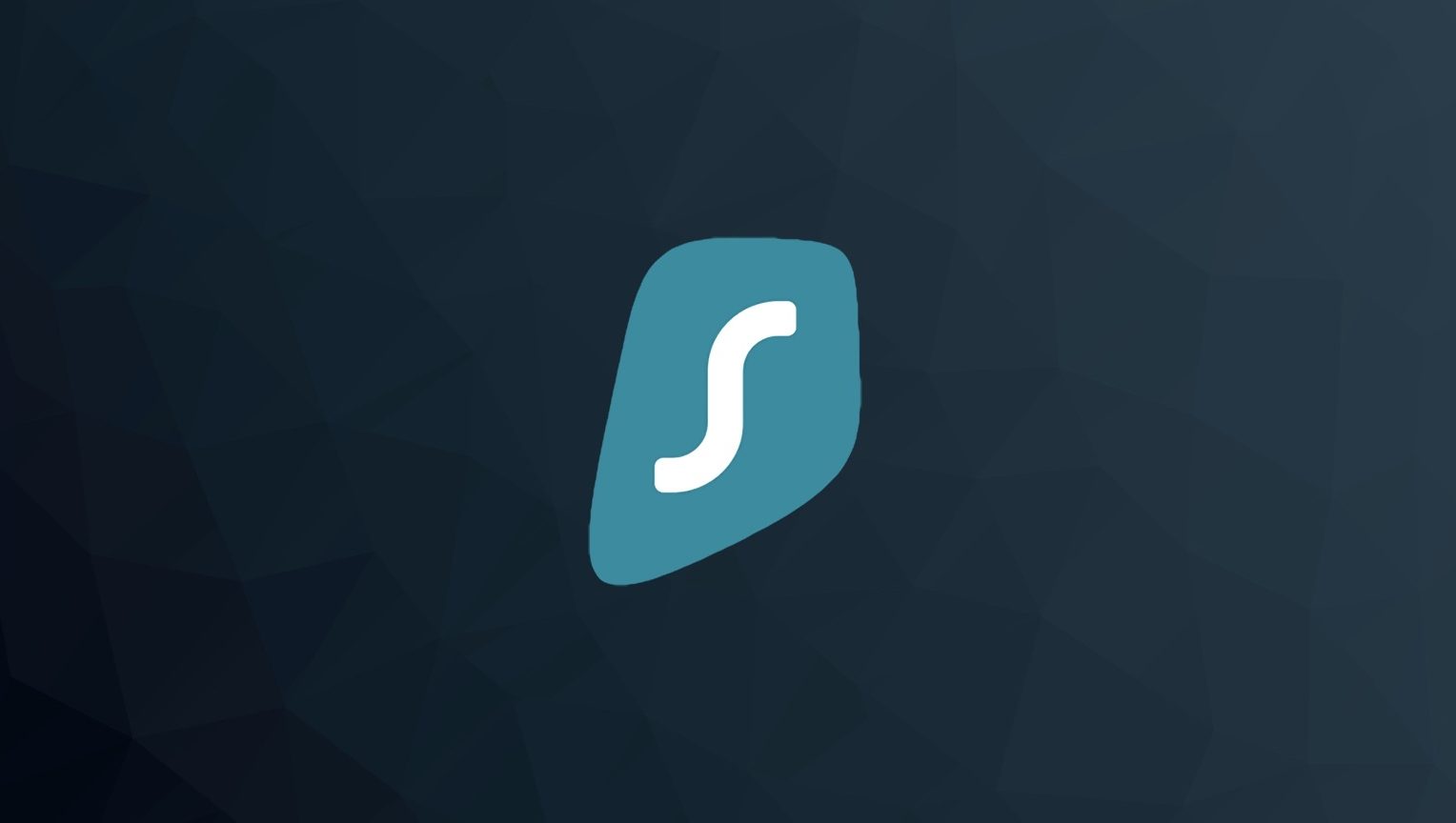 Virtual private network (VPN) provider Surfshark announced that it has pulled its sponsorship of independent media outlet The Post Millennial after its editor-at-large Andy Ngo was targeted with what he describes as a “hoax orchestrated by a white man to silence a gay journalist of color who dared to report on the man’s restraining order.”

An Antifa activist, who has been a subject of Ngo’s previous reporting, tagged Surfshark in a tweet, accused Ngo of working with “Proud Boys and Capitol rioters to target journalists with death threats,” and asked the company why it runs ads on The Post Millennial. 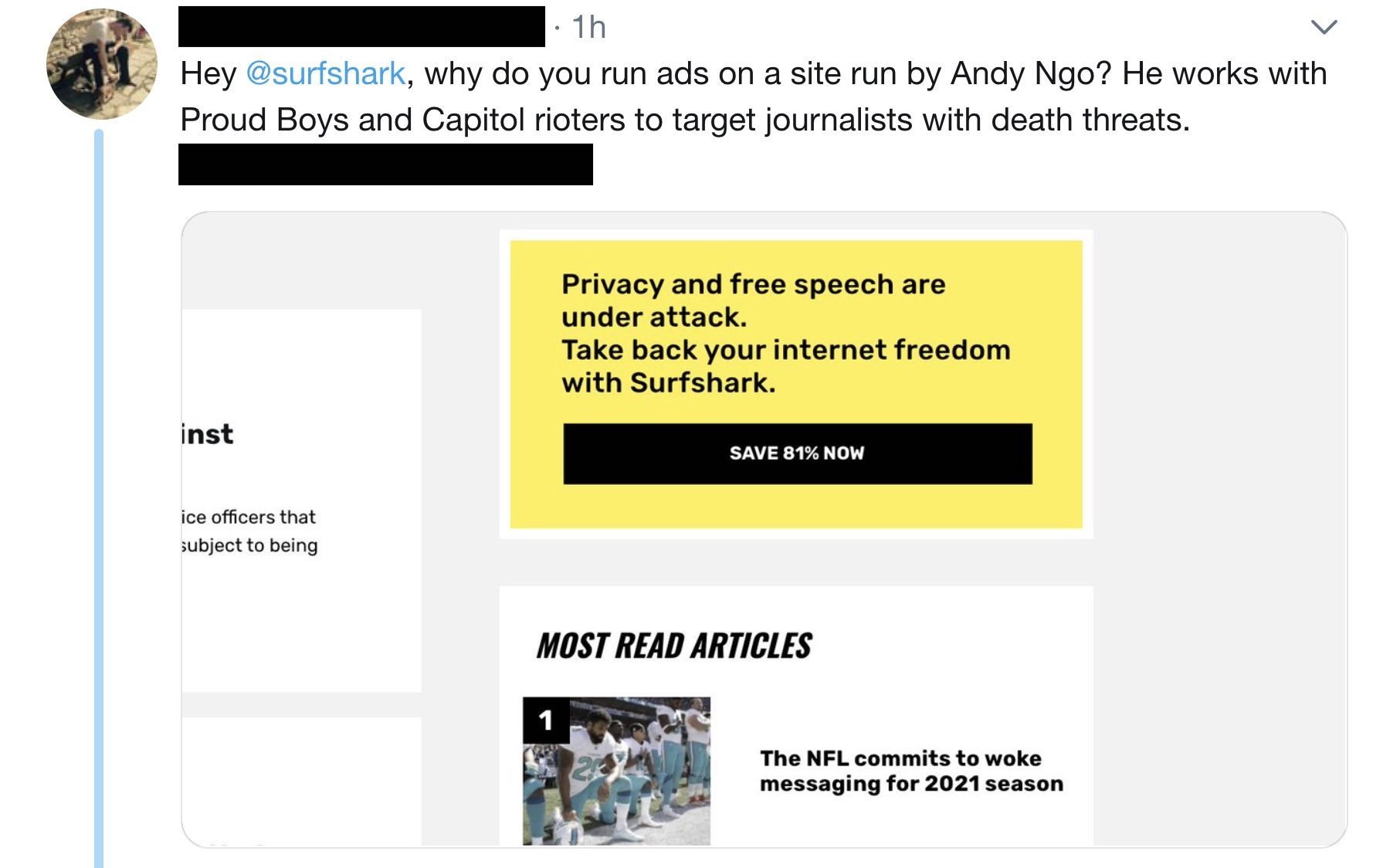 Ngo has previously reported on the activist being forced to turn in his firearm because of a restraining order. According to Ngo, the activist has retaliated with “baseless conspiracy theories & tagging businesses that do advertising with @TPostMillennial [The Post Millennial].”

But Surfshark responded to the Antifa activist’s tweets by taking the claims at face value, thanking the activist, and cutting ties with The Post Millennial.

As it cut ties with the independent media outlet, Surfshark also claimed: “Media freedom is one of our core values.” 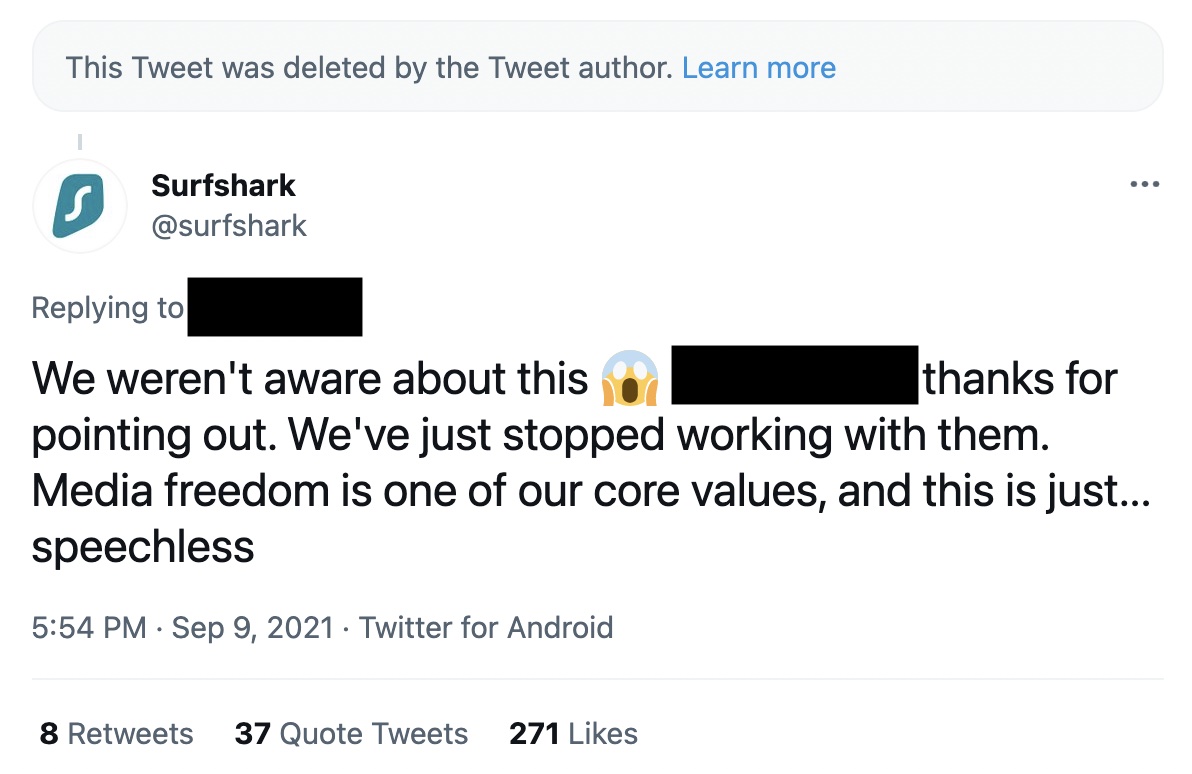 “You fell for a hoax orchestrated by a white man to silence a gay journalist of color who dared to report on the man’s restraining order,” Ngo said in response to Surfshark pulling its sponsorship.

After the initial tweet, Surfshark doubled down on the decision by telling the activist that sponsoring The Post Millennial “definitely was” an oversight. 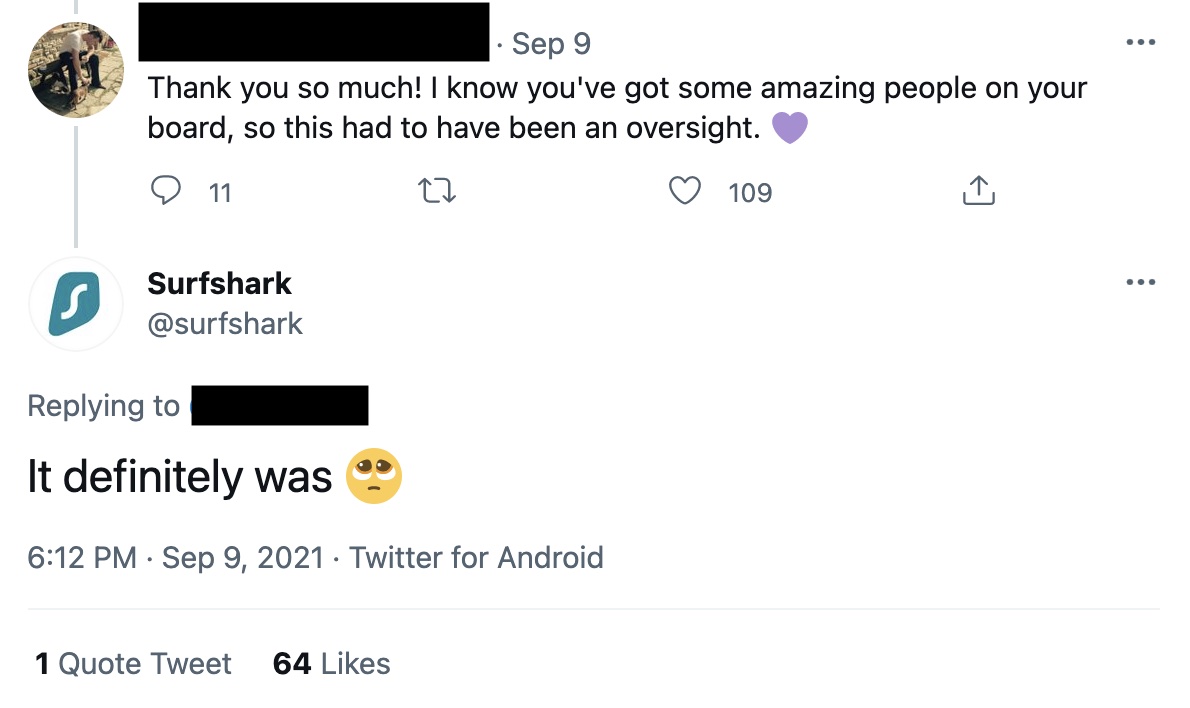 Surfshark also responded to another account making similar allegations against Ngo with “true.” 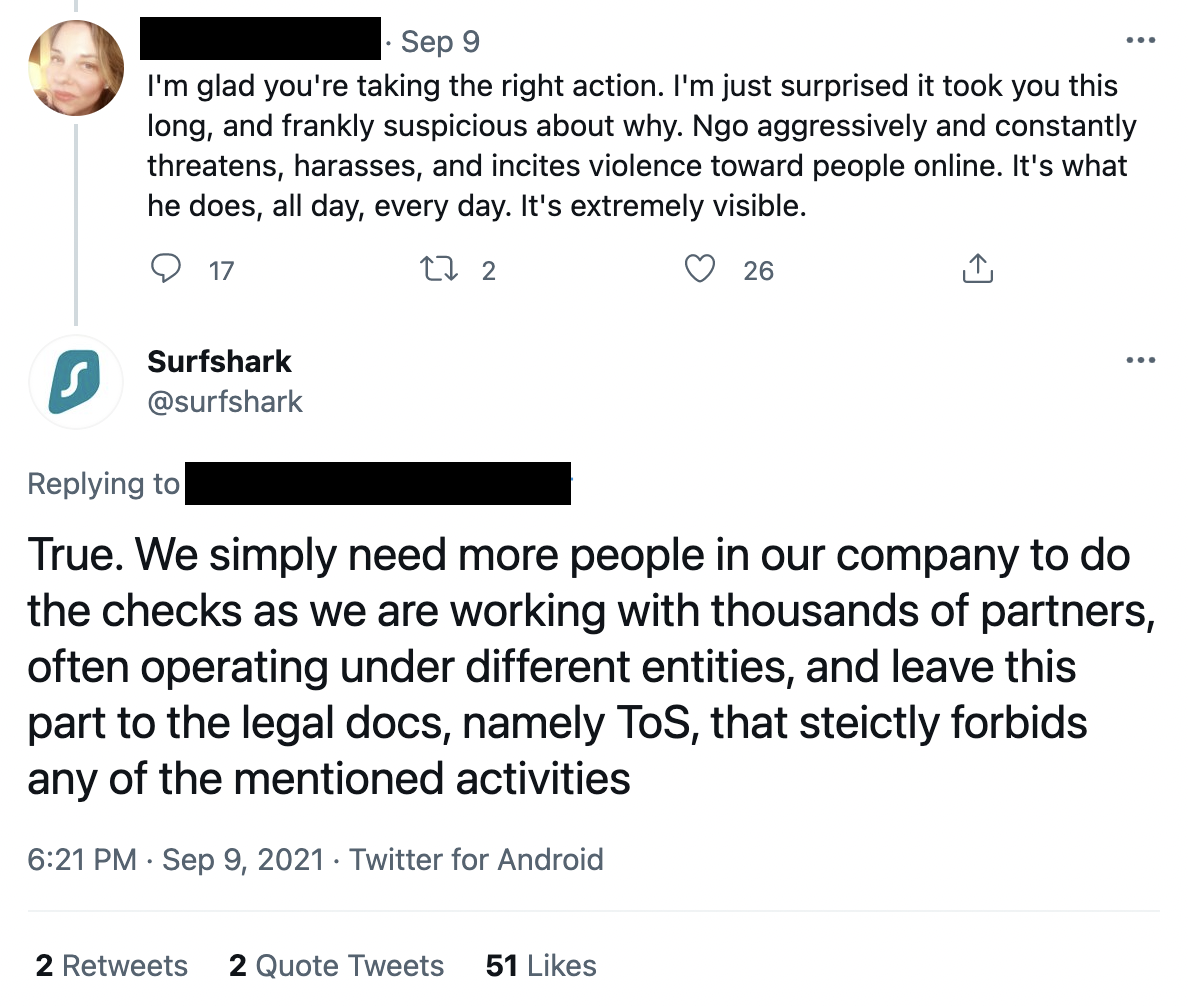 And when independent journalist Tim Pool called out Surfshark for pulling the sponsorship, Surfshark defended its actions again. 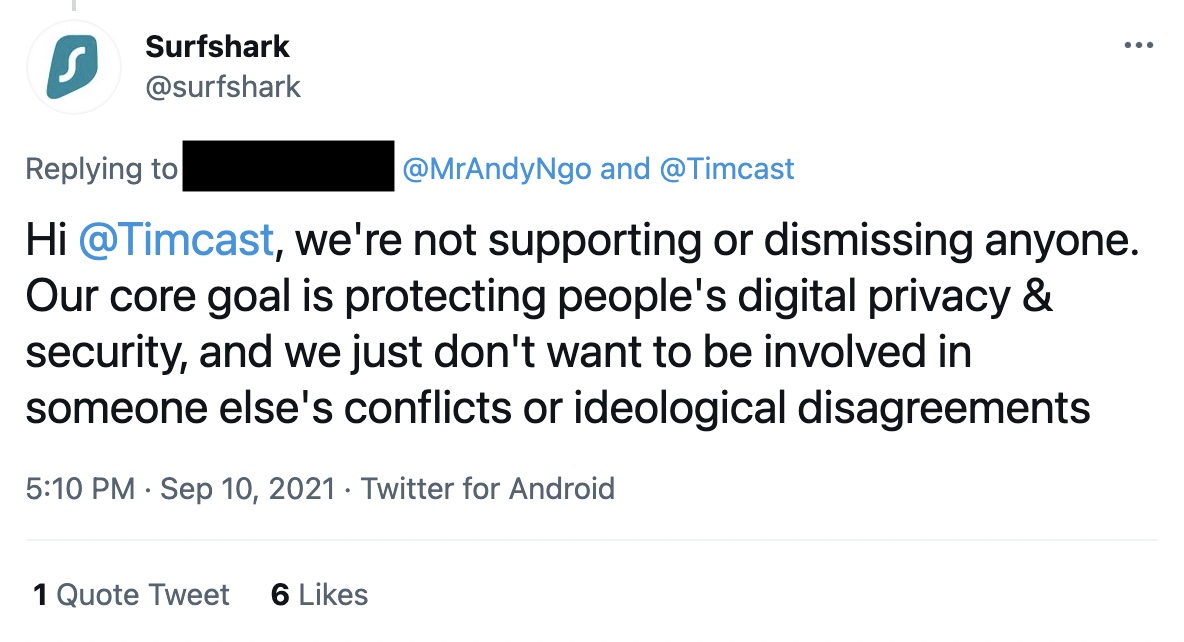 “We’re not supporting or dismissing anyone,” Surfshark tweeted. “Our core goal is protecting people’s digital privacy & security, and we just don’t want to be involved in someone else’s conflicts or ideological disagreements.”