The UK is hardly known for its freedoms.
Share

The UK government doesn’t seem to really like Scottish comedian Mark Meechan or appreciate his humor. Better known by his YouTube personality of Count Dankula – Meechan could be said to feel the same about the government. 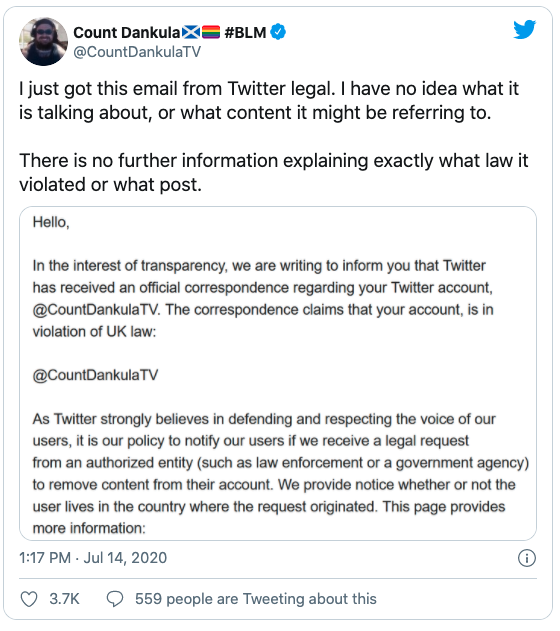 In addition, he explained there was “no further information explaining exactly what law it violated or what post.”

But that’s the way Twitter likes it – make their own rules as vague and as broad as possible, and then implement government rules without providing anything but the least minimum of “information.”

The two screenshots Meechan posted along his tweets show the company basically telling him that in the interest of transparency – they will tell him nothing useful.

“We will include a copy of the legal request, unless prohibited,” Twitter added.

The long and the short of it is that Meechan currently has no idea what law he’s supposed to have broken, what content/post published on Twitter these concerns, or why Twitter was advised about this by UK law enforcement.

Whether it’s bullying, intimidation, so-called “hate speech,” telling truths too close to home, or some other “democratic method” – only time (and UK authorities, and Twitter) can tell.

Meanwhile, like you do when you’re accused but left in the dark, you develop theories. And Meechan has one.

Could it be for calling out UK police for an equally Orwellian act of arresting a 12-year-old child on racism charges? 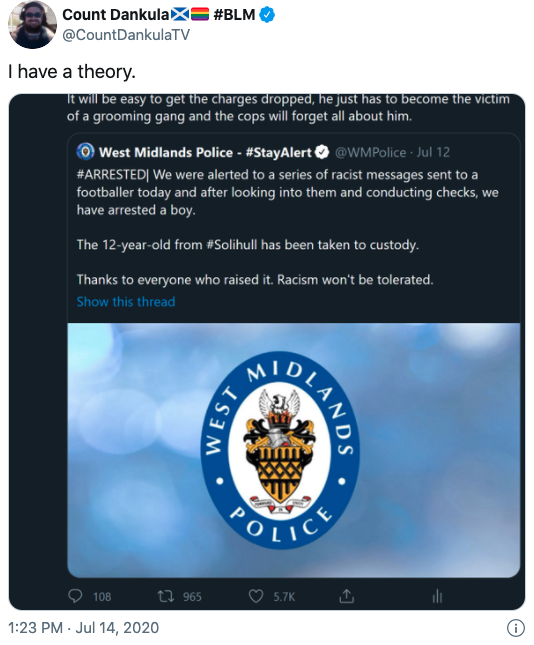