A popular Twitch steamer and partner operating in the Just Chatting category, who goes by the name Kaceytron, has been suspended indefinitely for a violation of the platform’s rules designed to prevent hateful conduct. 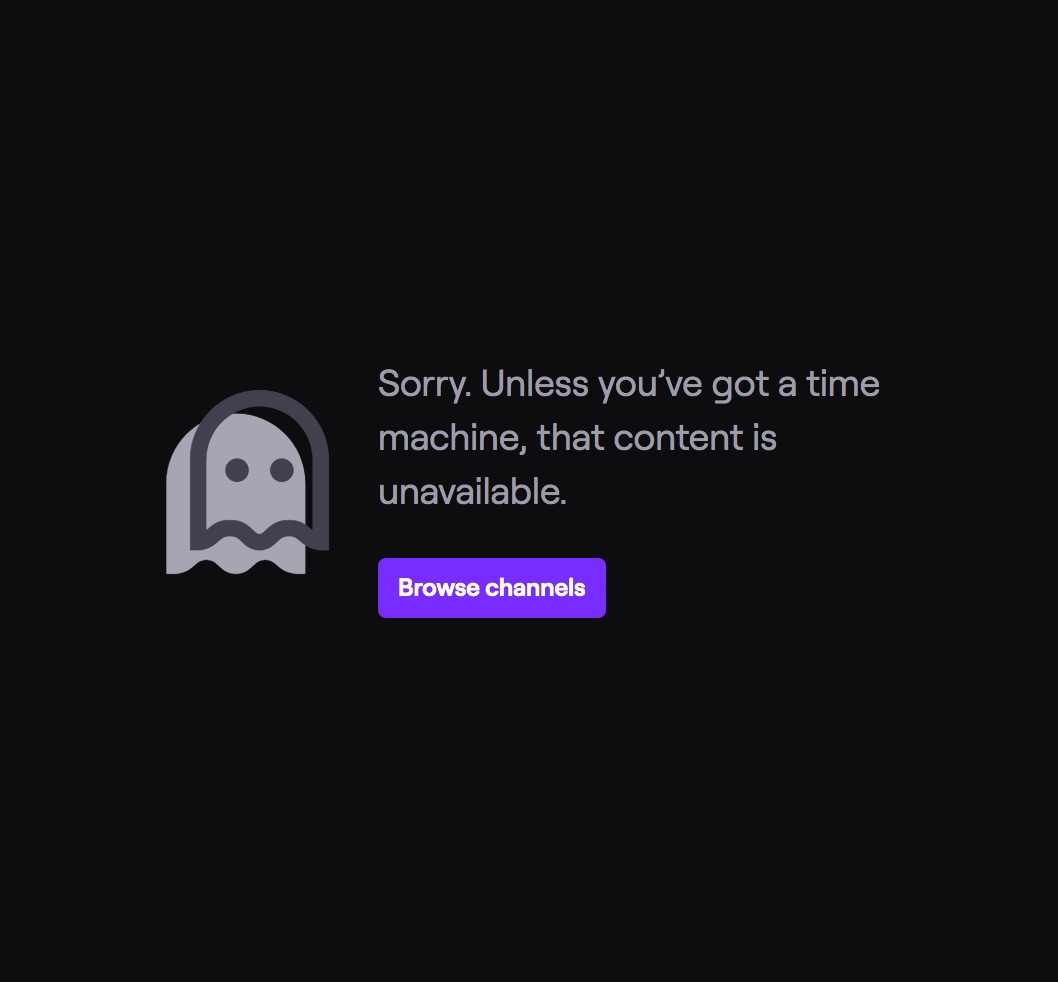 Kaceytron gambled and lost when she decided to offer some “edgy” and controversial opinions about the coronavirus pandemic, that is currently bringing much of the world to a standstill, as people get sick and even die, and economies suffering massive losses.

One of the measures that authorities insist must be obeyed even by those not infected is staying at home as much as possible and practicing “social distancing.” This is meant to prevent a rapid spread of the virus in a short amount of time, that would likely put healthcare systems under unbearable strain.

And it was on this point that Kaceytron commented on by telling the Rajj podcast on March 11, “Yes (we would kiss) and we would leave quarantine and try to spread it (the virus) as much as possible because the world would be a better place without old and poor people.”

A week later, Twitch reacted by indefinitely suspending her account that had over half a million followers and nearly 1,500 active subscribers – and that’s something worth approximately $7,000 a month.

The statement about actively working towards helping get rid of old and poor people has been dubbed as “insensitive”, and met during the show with negative reactions from other guests on the same podcast.

“I said what I said,” Kaceytron stood her ground at the time.

But since getting kicked off Twitch, however, she has issued an apology over what she said was an “insensitive” comment, and added that it was actually a misunderstood joke made in poor taste. 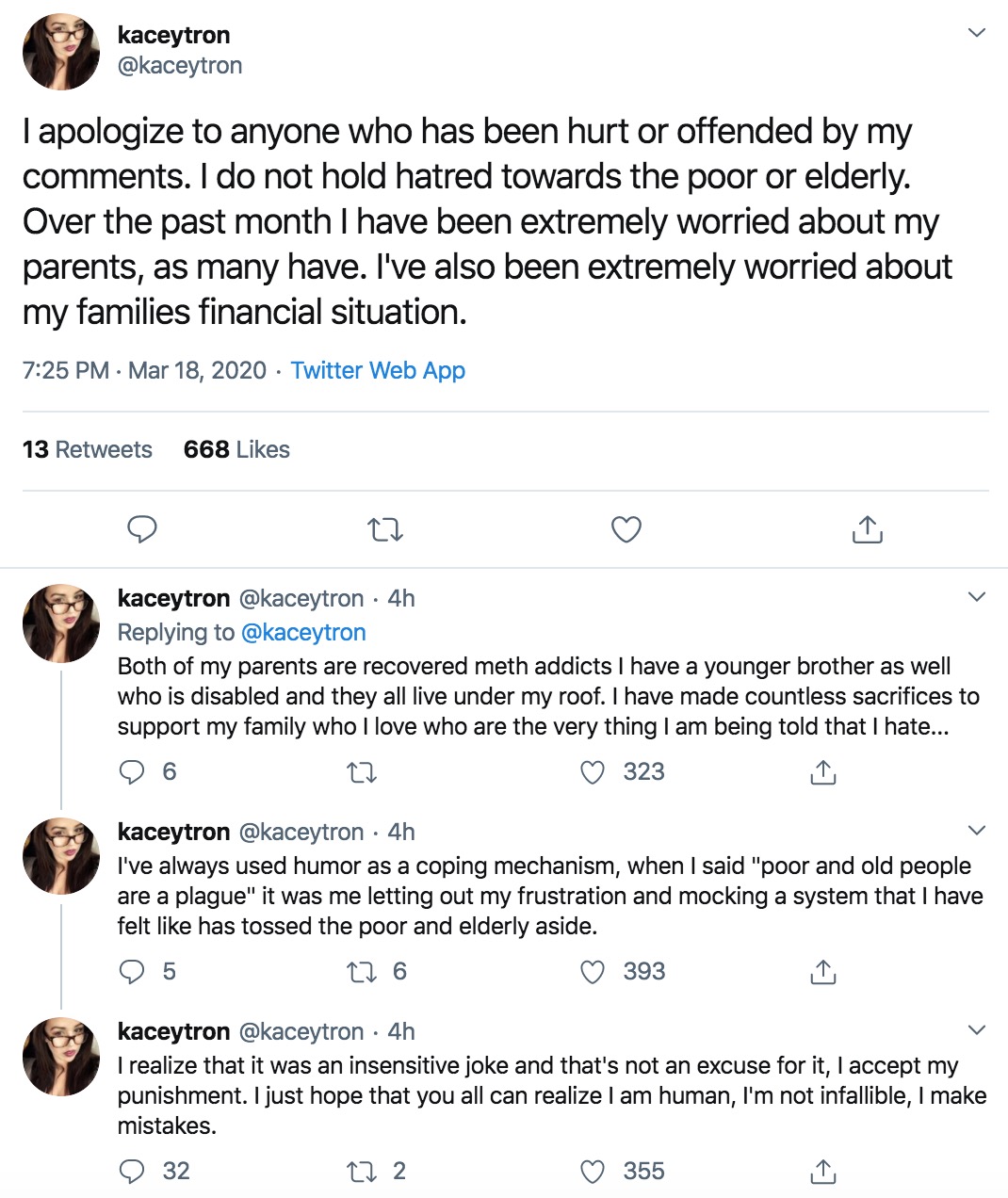 A message she received from Twitch earlier said the reason for her channel’s indefinite suspension was her engaging in hateful conduct and threats of violence against a person or a group of people.

The giant platform usually issues bans lasting up to 30-days for this type of violation, but this time, a drastic step has been taken of suspending the account and making it inaccessible to the streamer indefinitely – or pending a successful appeal.

It’s not clear at this time whether Kaceytron will try to appeal the ban, or perhaps move her business to another streaming platform.

Twitch is often inconsistent with bans – refusing to ban streamers for animal abuse but will ban someone over a joke.