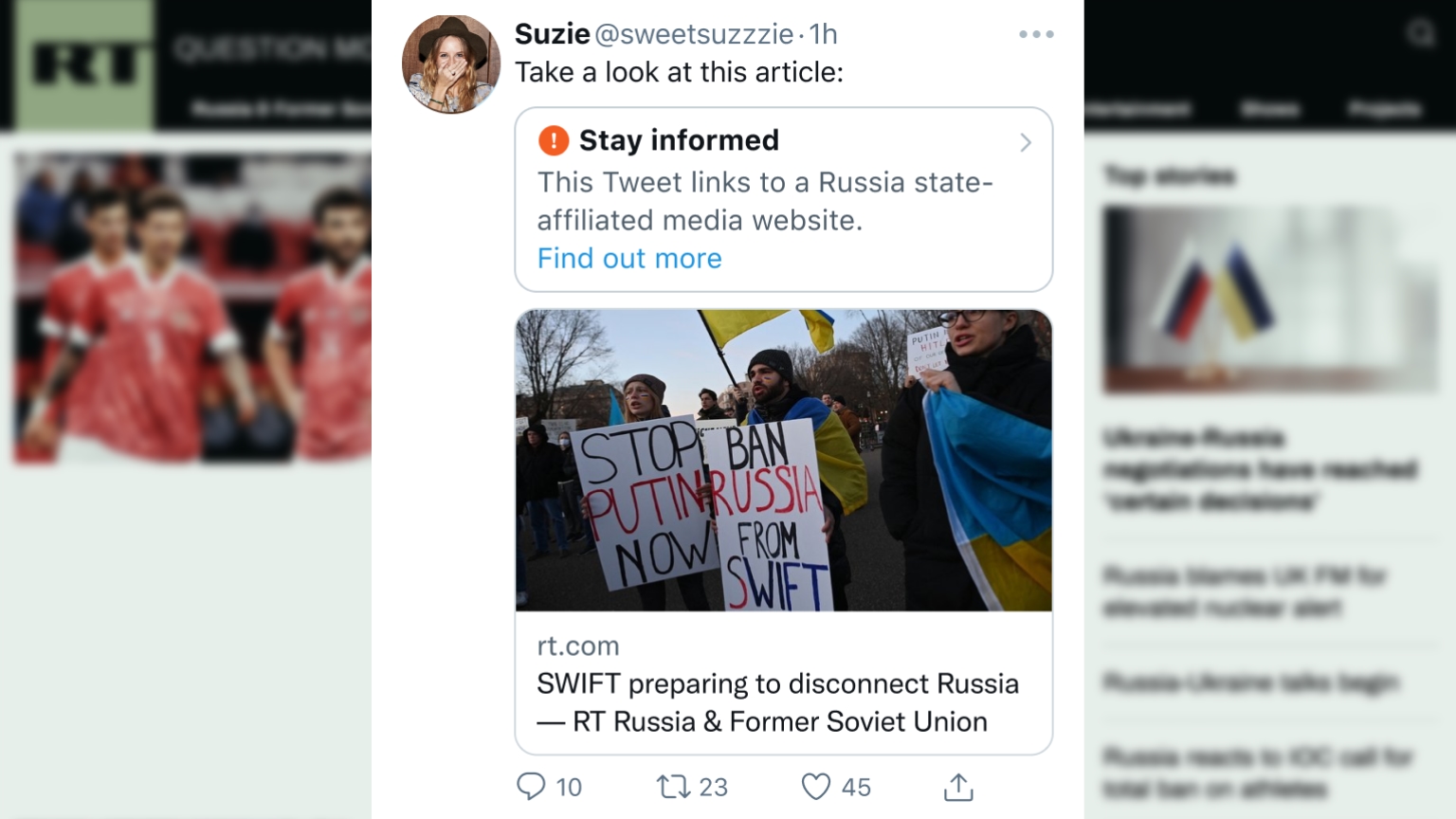 Twitter has announced the rollout of new labels and restrictions on Russian state-affiliated media websites.

The labels will also contain a “Find out more” link which will presumably link to Twitter’s Help Center article on government and state-affiliated media account labels.

In an example shared by Twitter’s Head of Site Integrity, the new label is shown above an article from Russia Today (RT). 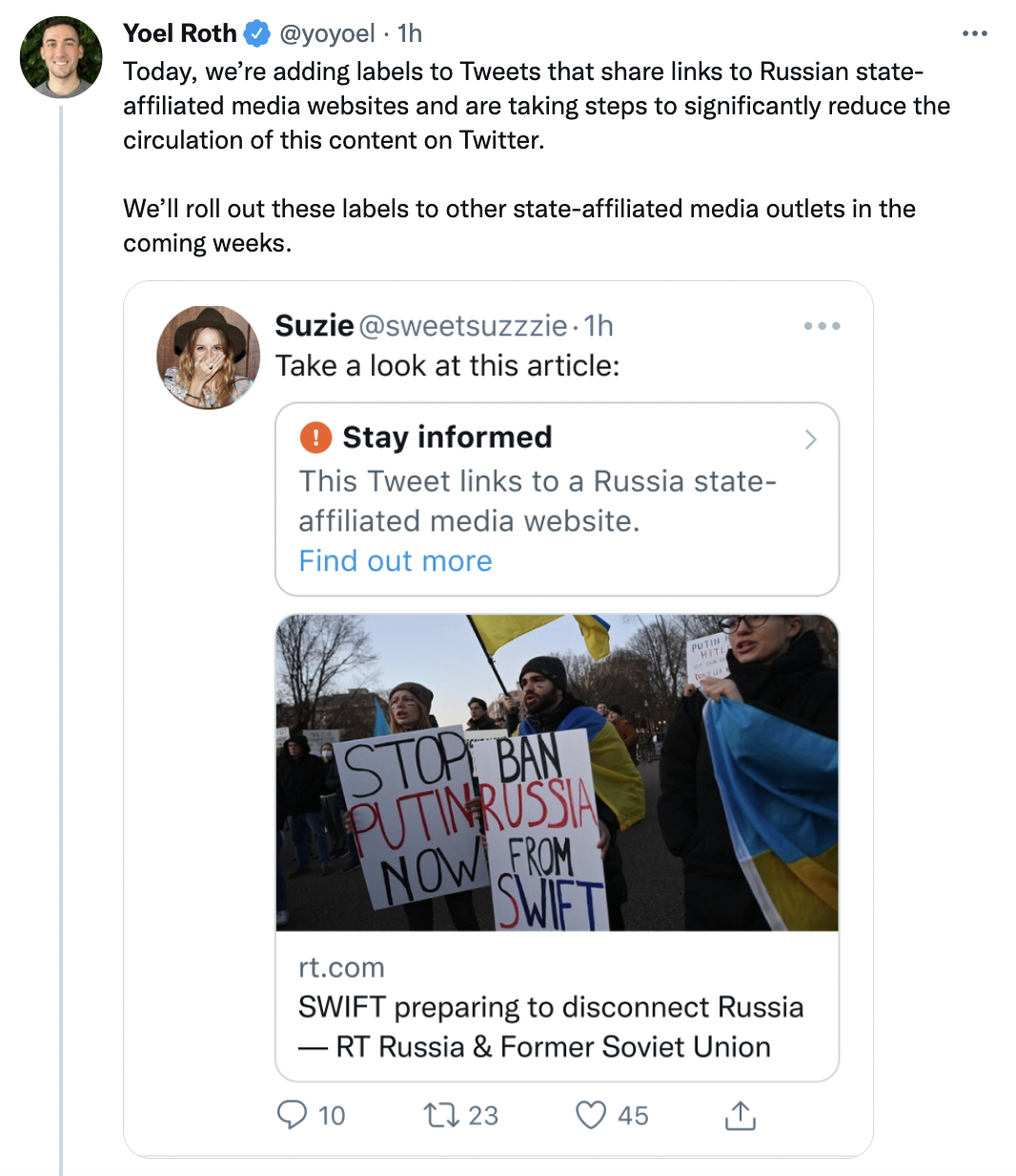 In addition to labeling content from these websites, Twitter will “significantly reduce the circulation” of content that is slapped with these labels. According to Twitter’s Help Center article on state-affiliated media, this reduced circulation includes removing recommendations and amplification of tweets and accounts that have these labels.

Roth added that Twitter will be rolling out labels to other state-affiliated media outlets in the coming weeks.

In its Help Center article about these labels, Twitter explains that “state-affiliated media is defined as outlets where the state exercises control over editorial content through financial resources, direct or indirect political pressures, and/or control over production and distribution and that “accounts belonging to state-affiliated media entities, their editors-in-chief, and/or their senior staff may be labeled.”

The article adds that “state-financed media organizations with editorial independence, like the BBC in the UK or NPR in the US for example, are not defined as state-affiliated media for the purposes of this policy.”

Twitter’s previous labeling of other types of content has been controversial with the tech giant previously labeling clipped videos as “manipulated media,” using labels to hide “disputed” coronavirus claims, and labeling tweets from government officials.

However, Roth claimed that the labels “add helpful context to conversations around some of the most critical issues, such as COVID-19 and elections happening around the world.”

Similar labels have been pushed by the Russian tech giant Yandex which now tells Russian users who search for news about Russia’s invasion of Ukraine that “some material on the internet may contain inaccurate information.”