Another push to outsource censorship powers to tech giants.
Share 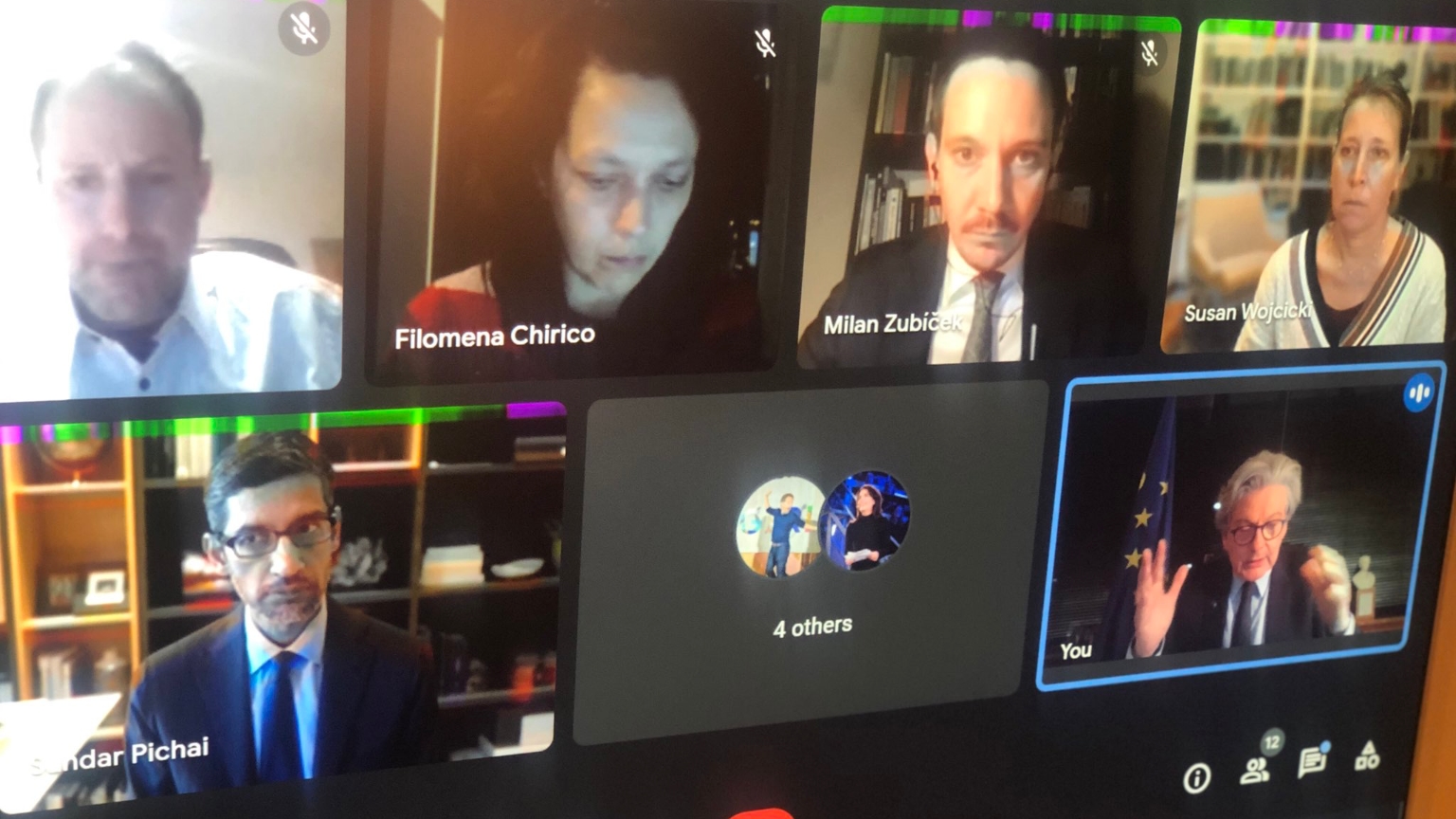 We obtained a copy of the full joint letter for you here.

Cédric O, France’s Secretary of State for the Digital Transition and Electronic Communications, also announced that he had spoken with YouTube CEO Susan Wojcicki and met with social networks and search engines to “discuss operationalizing the fight against Russian propaganda online” and the European Union’s recently announced ban on Russian state media. 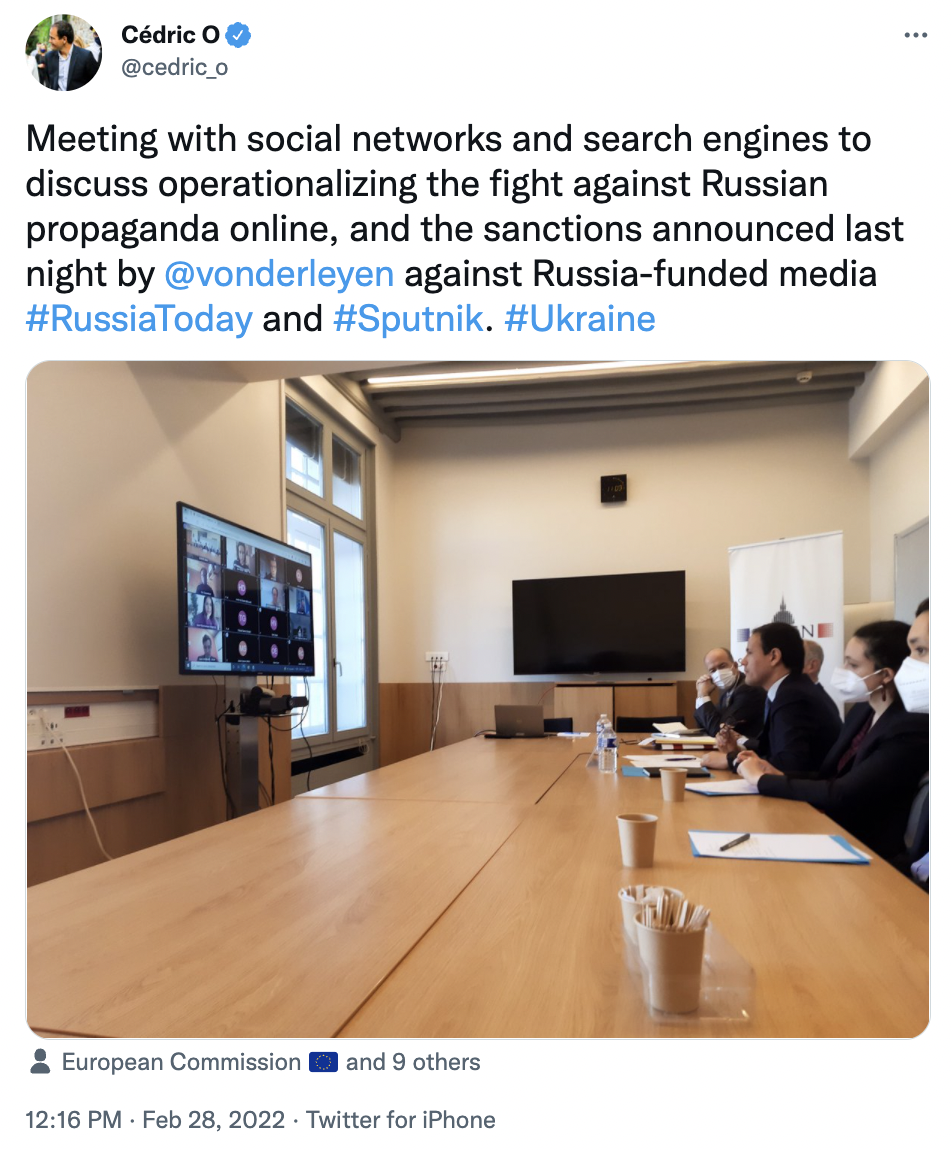 In a tweet about the meeting, Breton noted that “online platforms took unprecedented steps” after the January 6 storming of the US Capitol and insisted that “Russian war #propaganda merits at least the same level of response.” 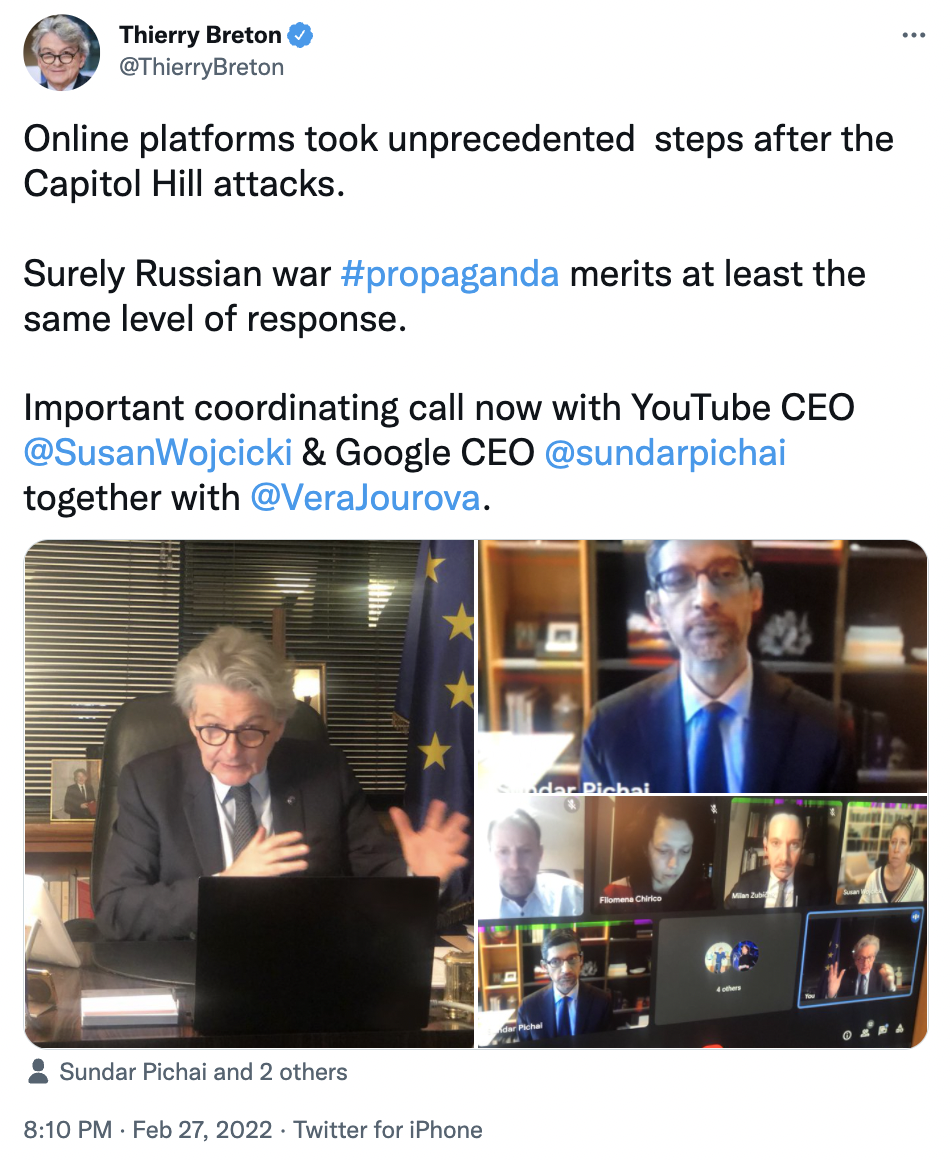 Ukraine’s Vice Prime Minister and Minister of Digital Transformation, Mykhailo Fedorov, has echoed these calls and urged several tech platforms and services, including Apple’s App Store, all of Google’s products and services, Facebook, Instagram, PayPal, Netflix, Cloudflare, and the messaging app Viber, to pull their services from Russia.

The Russian government has also been censoring Facebook and Twitter, adding “misinformation” labels to its Yandex search engine, and ordering its media outlets to only use official Russian sources when covering news about its invasion of Ukraine.

While governments are pushing for more censorship, Twitter has already admitted that its increased censorship of content related to Russia’s Ukraine invasion has resulted in posts documenting the invasion being censored “in error.”

Free speech advocates have also warned about the consequences of this urge to censor tech platforms following Russia’s invasion of Ukraine.

“I very much sympathize with the instinct [to block the App Store] but wonder how cutting off russian citizens’ access to the app store would affect their ability to communicate, protest, organize, use VPNs,” said David Kaye, a clinical professor of law at the University of California, Irvine and a former United Nations Special Rapporteur.

“I think it’s an important and useful thing that we have unfiltered access to the speech of our enemies,” Jameel Jaffer, Director of the Knight First Amendment Institute, tweeted in response to ban Russian government officials from Big Tech platforms. “I want to know what Putin is saying, not just what the US government and the US media say Putin is saying. (Still need a translator, unfortunately.)”