With the post-election night uncertainty continuing and President Trump’s legal team filing lawsuits alleging voter fraud across the country, Twitter has now shadowbanned tweets from two key members of that team from its search results.

Twitter Shadowban Test, a tool that analyzes accounts for various types of shadowbans, has revealed that Trump attorneys Rudy Giuliani (@RudyGiuliani) and Sidney Powell (@SidneyPowell1) are both shadowbanned from Twitter search. 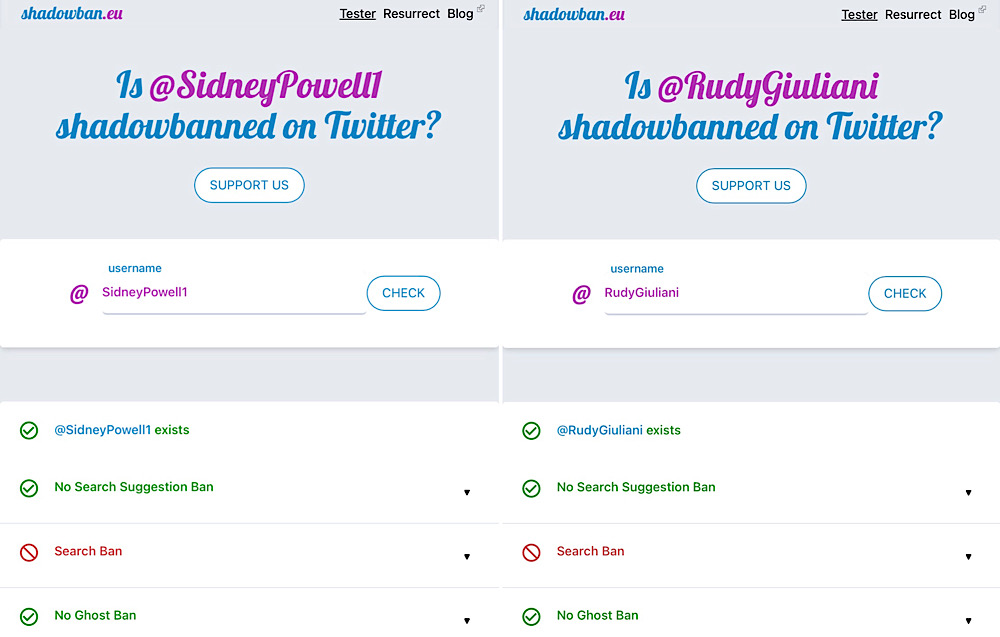 This can be confirmed by performing several types of Twitter searches related to Giuliani and Powell’s accounts.

A Twitter search for the latest tweets from either Giuliani or Powell returns no results.

Additionally, searching for the tweet URL for either of these tweets returns no results. 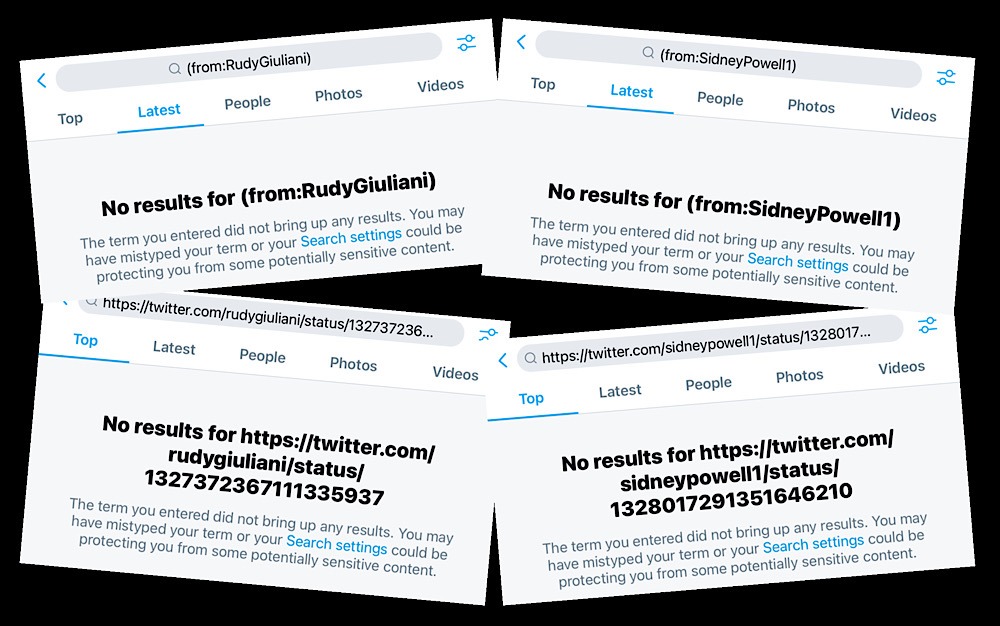 Essentially, this means that regardless of the type of search they run, Twitter users will be unable to find tweets from Giuliani and Powell via Twitter’s search tool.

Giuliani and Powell are key representatives of President Trump’s legal team and have been using Twitter to provide updates on several Trump lawsuits that allege voter fraud in the 2020 US presidential election.

With these lawsuits and discussions of possible voter fraud being one of the top stories since election night, many users are likely to be searching for terms related to voter fraud and for related tweets from Giuliani and Powell.

But due to the shadowban, relevant tweets from Giuliani or Powell will be purged from the Twitter search results.

Earlier this year, pop culture satirical news account Price of Reason showcased the substantial impact Twitter shadowbans can have on the reach of tweets and revealed that the engagement level and impressions on one of its viral dropped by more than 90% after it was shadowbanned.

The shadowbanning of Giuliani and Powell means that three members of Trump’s legal team now have their tweets shadowbanned from Twitter search. Attorney Lin Wood was shadowbanned by Twitter in September and joined the Trump legal team this month. Searches for tweets from Wood are still not appearing in Twitter’s search results.

Shadowbanning is one of several ways that Twitter has suppressed discussions about alleged election fraud on its platform.

Since October, Twitter has been aggressively censoring what it deems to be “election misinformation” by discouraging retweets, hiding tweets, and labeling tweets. Twitter recently revealed that this reduced total retweets and quote tweets on the platform by 20%.

And going forward, Twitter plans to introduce another post-election night censorship measure by adding “misinformation” warnings when users attempt to like tweets.