The platform willingly added friction to the retweet function to slow the spread of what it deems to be "misleading" information.
Share

Twitter has revealed that “election misinformation” changes it introduced last month slashed overall sharing on the platform and caused trending topics in the “For You” tab to be less relevant.

These changes include Twitter directing users to the quote tweet composer when they attempt to retweet, Twitter only showing trending topics in the “For You” tab when they have Twitter-approved “context,” Twitter labeling and hiding tweets that it deems to be “disputed” or “potentially misleading,” and Twitter directing users to “credible” information via warning prompts whenever they attempt to retweet something that has been branded “misleading.”

In a blog post about the impact of these changes, Twitter wrote that its decision to start directing users to the quote tweet composer when they attempt to retweet caused a 23% decrease in retweets and a 26% increase in quote tweets but overall, total retweets and quote tweets on the platform declined by 20%.

Despite this change causing a significant drop off in sharing, Twitter will continue directing users to the quote tweet composer for now.

Twitter also admitted that its decision to only show trending topics in the For You tab when they have added context placed “significant limitation on the number and breadth of Trends” and made the For You tab “less relevant for many people’s interests.”

Going forward, Twitter will allow trending topics without added context to appear in the For You tab.

Additionally, Twitter revealed that it had labeled a staggering 300,000 election-related tweets after branding them disputed or potentially misleading. 456 of these tweets were also hidden behind a warning message that limited their engagement features.

Quote tweets of these labeled tweets declined by 29% and Twitter wrote that this was partly due to the new warning prompts that appear when users attempt to retweet information that it deems to be misleading.

Not only has Twitter willingly slashed the level of sharing on its platform to push through these pro-censorship policies but because it hasn’t revealed when it will stop directing users to the quote tweet composer when they attempt to retweet, this subdued level of sharing will likely continue for the foreseeable future.

The release of these stats follows a wave of post-election night account bans on Twitter with former congressional candidate DeAnna Lorraine, news outlet The National Pulse, Brexit campaigner Andy Wigmore, and several Angel Families accounts all being booted over the last 10 days.

And more censorship measures are coming. Twitter is currently working on new election misinformation warnings that appear when users attempt to like certain tweets. These warnings are likely to lower the amount of likes on these tweets and by extension, reduce their reach. 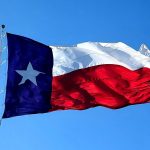 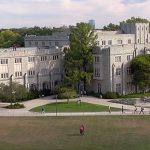