She claims free speech and pro-censorship policies can "coexist."
Share 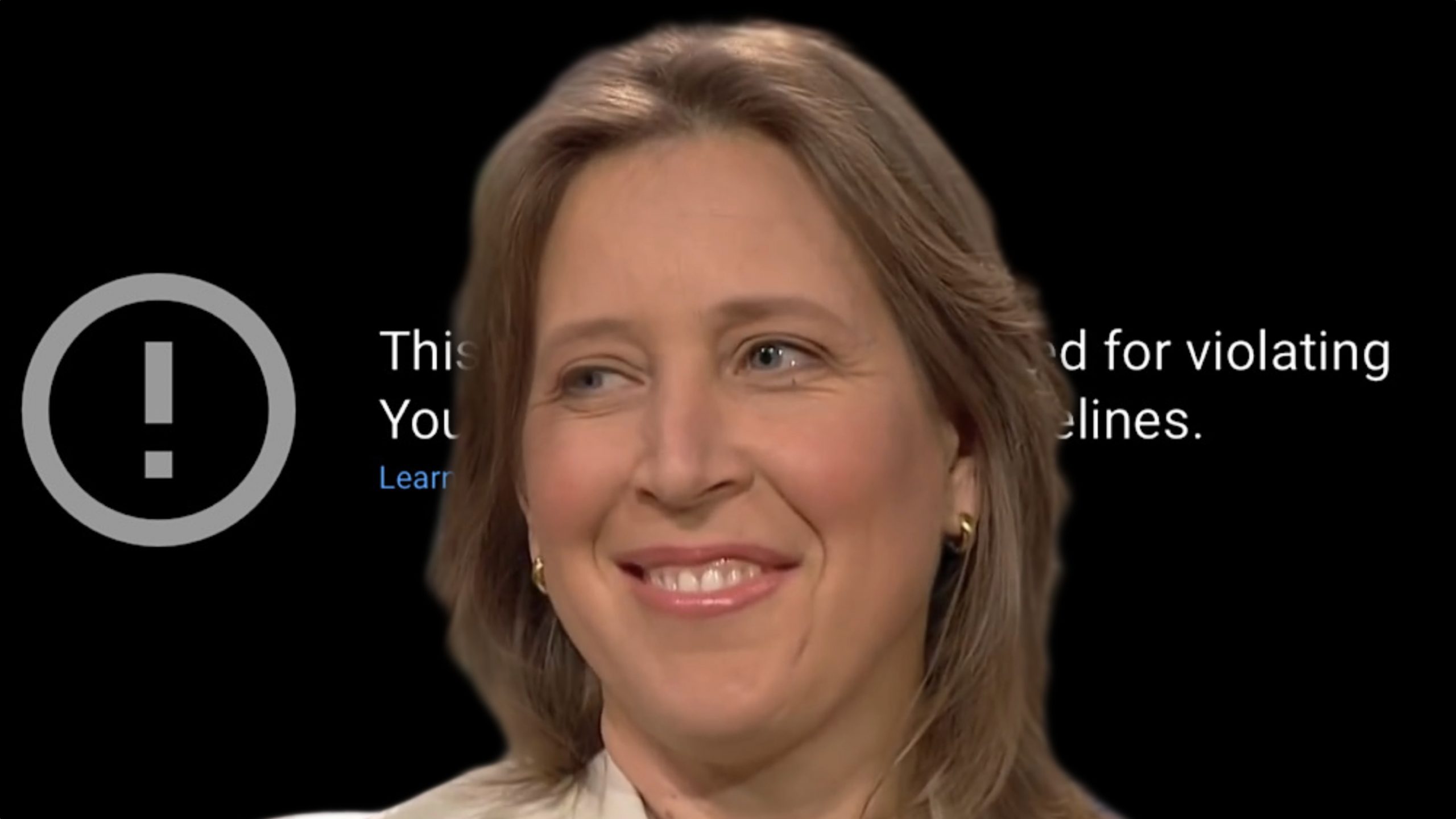 Despite her new Wall Street Journal opinion article that opens with YouTube CEO Susan Wojcicki discussing how she feared the letters that she sent to her grandfather as a child would be censored because he lived behind the Iron Curtain, Wojcicki has called for governments to provide “clear guidelines about illegal speech” while giving YouTube the freedom to also censor “legal but potentially harmful speech.”

In the article, which is titled “Free Speech and Corporate Responsibility Can Coexist Online,” Wojcicki acknowledges that YouTube already removes “content that could cause real harm” and that some of its content takedowns are “controversial” but insists that YouTube&rsquor;s policies are applied “equally, regardless of who posts the content or the political viewpoint expressed.”

She then pushes for governments to provide illegal speech guidelines to help companies such as YouTube “remove illegal content more quickly and efficiently.”

After calling for more input from governments on illegal speech, Wojcicki makes the case for increased censorship of legal speech.

She continues by insisting that this flexibility to censor legal speech is necessary so that companies can “act fast when new threats arise.”

In addition to pushing for the censorship of any legal content that she deems to be “potentially harmful,” Wojcicki also discusses how YouTube is working with the Global Alliance for Responsible Media to “develop industry definitions of content not suitable for advertising” and how YouTube is a founding member of the Global Internet Forum to Counter Terrorism (GIFCT) – a coalition of tech platforms that coordinate and automate their censorship and have been criticized for over-censoring legal content.

The points Wojcicki raises in this article are similar to her previous calls for global Big Tech coalitions such as GIFCT to be able to set online censorship standards and target content that&rsquor;s “legal but could be harmful.”

Under this standard, YouTube already censors millions of legal pieces of content each quarter for violating its far-reaching rules that prohibit “hate speech,” “misinformation,” and more. Elected officials, public meetings, and even presidents are among those who have been impacted by YouTube&rsquor;s far-reaching censorship rules in the last month.

However, in this instance, Wojcicki calls for censorship come with an extra layer of irony because they&rsquor;re being published in The Wall Street Journal – an outlet that&rsquor;s infamous among YouTubers for its 2017 article that took YouTube star PewDiePie&rsquor;s jokes out of context. The article resulted in Disney cutting ties with PewDiePie and an “adpocalypse” followed where major brands pulled their YouTube ads and many creators were unable to monetize their content.

Not only is the article being published in The Wall Street Journal but it&rsquor;s also behind a paywall meaning that readers are being pushed into paying an outlet that&rsquor;s loathed by many YouTubers for its role in the adpocalypse that led to countless creators&rsquor; livelihoods being wiped out.