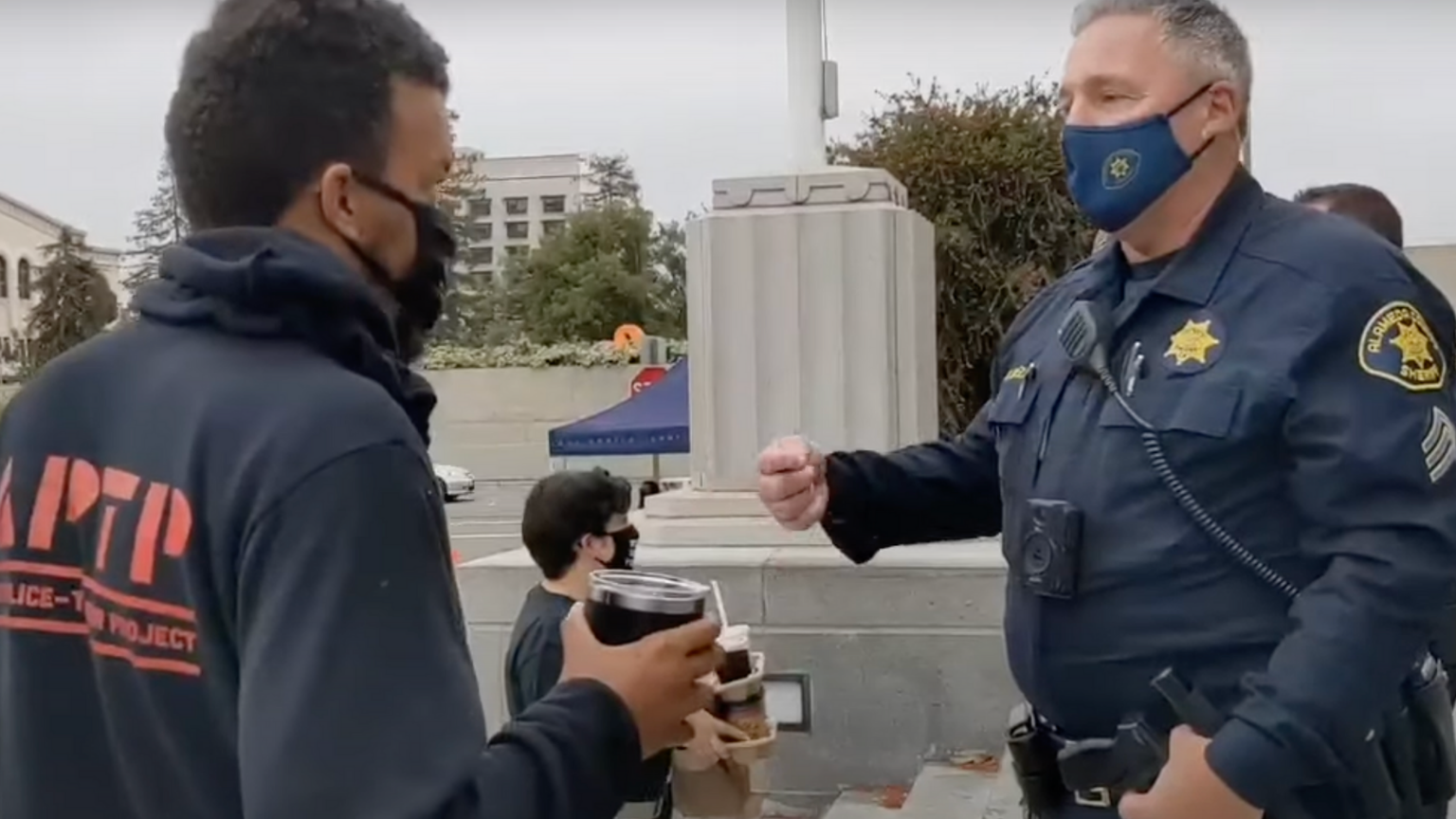 After noticing he was being recorded, a police officer started playing Taylor Swift’s Blank Space in an attempt to prevent a video of the interaction making its way onto YouTube, knowing that YouTube’s overzealous copyright takedowns could get the recording removed.

This is not the first time a police officer has played a popular song after noticing they are being recorded and we’ve reported on the phenomenon in the past. The difference is this officer admitted to the motive behind playing the song.

The incident happened on Tuesday, outside the Alameda Courthouse in Oakland, CA. The officer approached James Burch, the policy director of the Anti Police-Terror Project (ATPT), demanding he remove a banner expressing support for the family of Steven Taylor, a man who was killed at Walmart by a San Leandro police officer.

The officer involved in the shooting, Jason Fletcher, was charged with felony manslaughter last year.

“You’re saying there’s a genuine concern we have that someone’s going to trip on this banner?“ Burch asked, according to the recording. The officer responded, “You can’t keep twisting this.”

When he noticed he was being recorded he pulled out his phone and started playing the Taylor Swift song.

Burch told his colleague that, “He doesn’t want you recording so he’s playing music in the back.”

The officer is then heard saying, “You can record all you want. I just know it can’t be posted on YouTube.”

This is not the first case of an officer playing a popular song to keep a video off of YouTube. In February, Sennett Devermont, an activist, was confronted by a Beverly Hills officer, and after noticing he was being recorded, the officer started playing Sublime’s Santeria on full volume on his phone. In an interview with Vice, Devermont referred to a similar incident where an officer employed the same strategy with a song by The Beatles.