France shoots itself in the foot, gets blocked on Twitter because of their own dumb “fake news” law 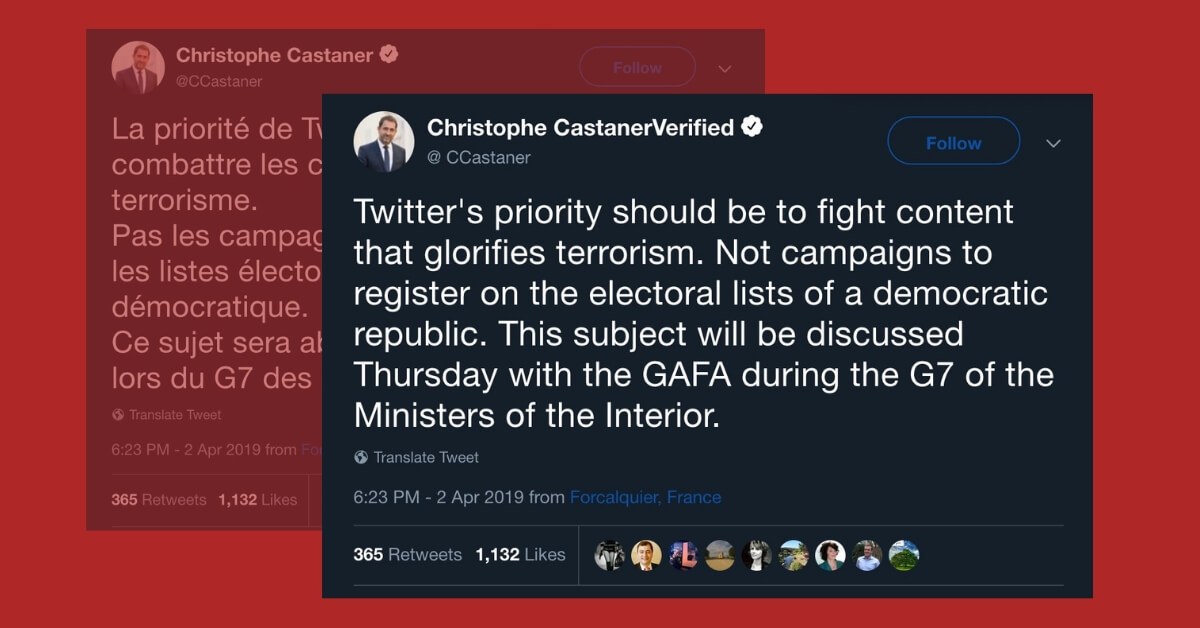 It’s fair to say that the French government – with its rush to make EU’s highly controversial Copyright Directive and its Articles 11 and 17 into national law – is not a “fan favorite” at the moment among internet users and big social platforms alike.

Applying content filters required by the directive not only stifles online speech but it also calls for expensive investments by internet services.

But Twitter won’t be recuperating any of those costs by taking the French government’s money.

Last year, France adopted another law that appears to have rubbed the tech giant the wrong way: meant to counter fake news during elections, it obligates social media to police content posted by their users more stringently, and disclose details of political campaigns conducted on the internet, including the amount spent, and where the money came from – “in an open and accessible database format.”

Facebook and Google are reported to have already complied with the law by updating their services in France – but not Twitter.

Now Twitter has turned the “anti fake-news” law against France itself, as the country’s government attempted to use the platform to promote higher voter turnout in the May elections for the European Parliament. But Twitter has refused to run the ads, because it “could not find a solution to obey the letter of the law, and opted to avoid the potential problem altogether,” the BBC is reporting, citing AFP.

French officials also argue that their campaign is “not political” at all and that Twitter’s move means it wants to reopen a discussion about the law, “with the aim of adjusting the measures.” And Paris would not concede defeat and admit that the legislation has had the boomerang effect, instead accusing Twitter of “not knowing” how to implement the law.

But Twitter says it could violate this legislation if it took the French government’s money and allowed its ads on the platform.

The social media giant’s move has ruffled French officials’ feathers – and they took to Twitter to criticize Twitter.

“Twitter’s priority should be to fight content that glorifies terrorism, not campaigns to register on the electoral lists of a democratic republic,” Interior Minister Christophe Castanter complained about the decision, managing to at the same time echo the recent criticism of social media platforms, who are seen by politicians in many countries as “not doing enough fast enough” to suppress extremist content.

Castanter also wants the topic to be discussed with representatives of Big Tech at the G7 summit on Thursday.