India is one of those countries that don’t appear to be particularly hesitant to shut down the internet, block apps and services, and in general, restrict access and freedoms of digital users.

Often these are actions are taken to address or suppress a political issue or unrest – just recently, amid an ongoing border skirmish with China, India banned 59 Chinese apps; fair enough. Sometimes India goes after torrenting sites to protect large copyright holders. But other times the reasoning behind blocking and censorship is not as clear cut.

This looks to be one of those times, as customers of India’s Airtel, Reliance Jio, and a number of other mobile networks are reporting this week that Google Search alternative DuckDuckGo has become inaccessible.

India-based Reddit users have said that DuckDuckGo was blocked for no obvious reason, and with only one company, Jio, citing DoT compliance. 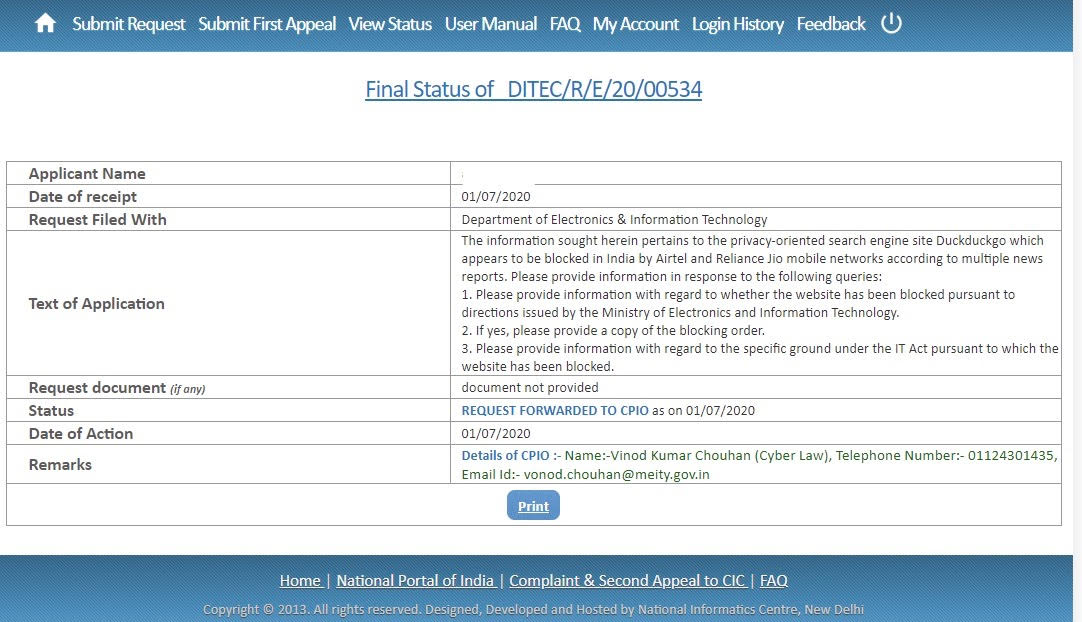 India usually blocks websites accused of sharing unauthorized or copyrighted material for lack of DoT compliance, so this doesn’t make it any easier to understand why an entire search engine might be blocked.

The Reddit user who first reported about the outages was left struggling to understand how DuckDuckGo – a search engine promising better data privacy protections compared to Google’s rampant data harvesting and tracking – might have broken these rules.

But as is sadly to be expected with this type of decision, there is little to no clarity: the mobile network operator did not specify why DuckDuckGo was being blocked.

In an update, the user said that the company behind the search engine was “working to solve the issue” – having previously advised users to change their DNS provider, as there was no technical problem with their servers.

What DuckDuckGo meant by solving the issue, then, was “actively talking to internet providers to get to the bottom of it ASAP.” 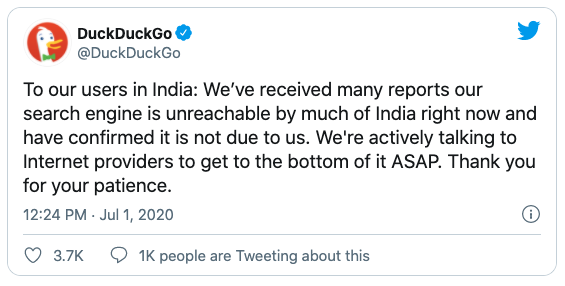 As of July 2, some users reported regaining access, while others were still cut off.

But it can’t be good news for internet freedom and user rights in a democracy to see the likes of DuckDuckGo, that has emerged as a rare viable and sustainable alternative to a Google service, being made to jump through hoops in this way, not to mention the lack of transparency.