Instagram has deleted a clip of President Joe Biden falling up the stairs of Air Force One three times, stating that it is “violence and incitement.”

The post was shared by Ashley StClair, a political commentator, along with the caption “Joe Biden vs his biggest opponent yet…stairs.”

“We removed your story because it goes against our Community Guidelines. We created these guidelines to support and protect our community on Instagram,” Instagram stated. 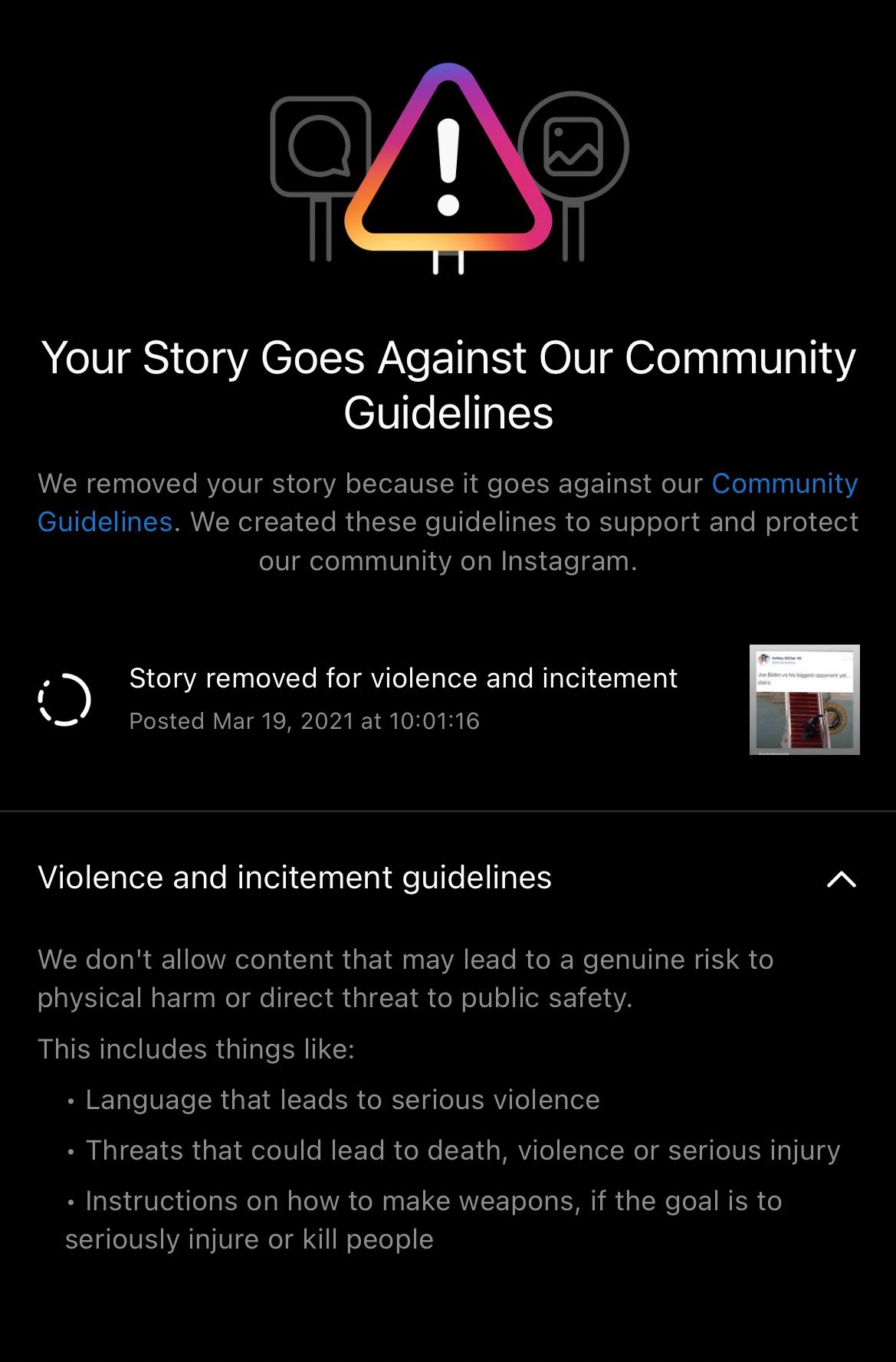 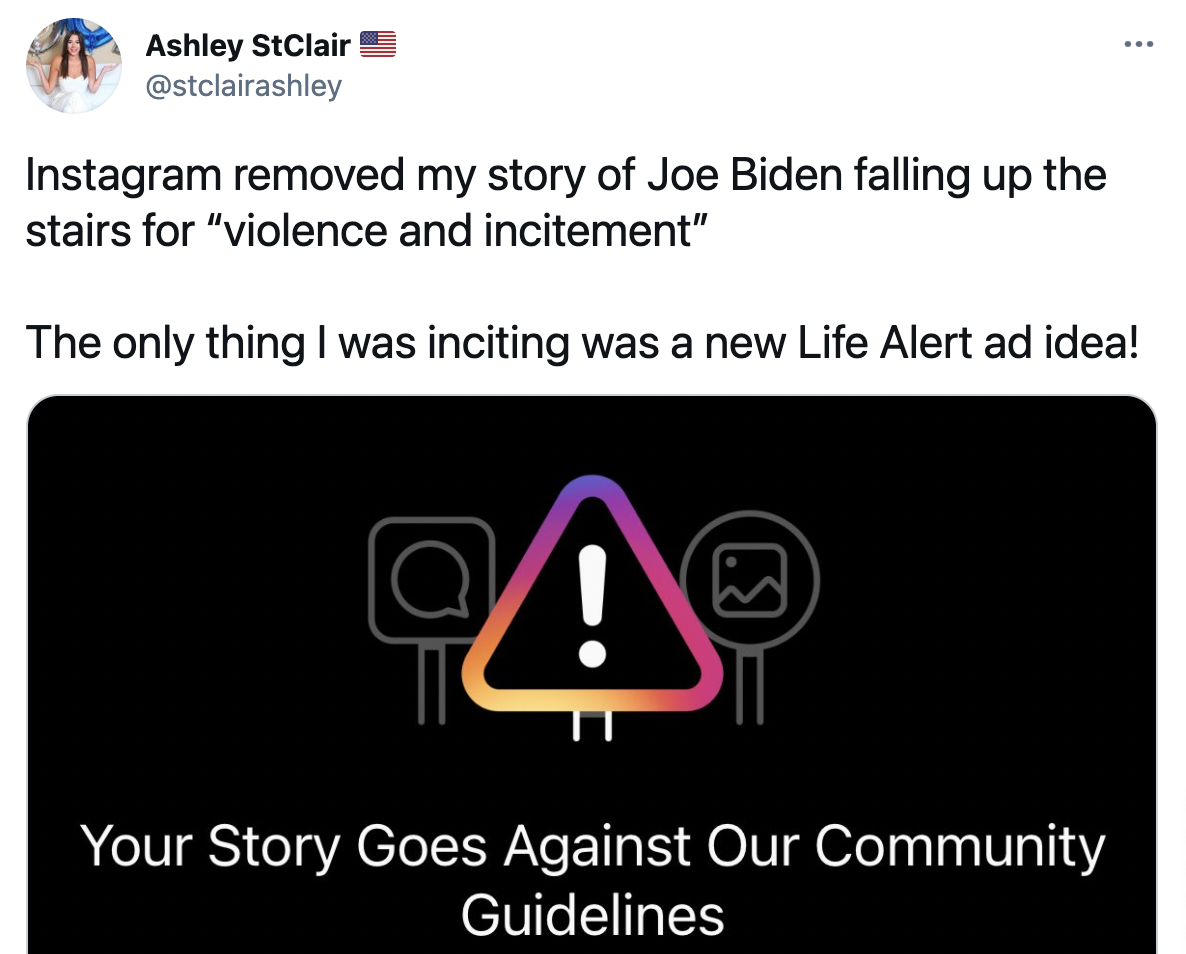 On Friday, President Joe Biden tripped multiple times while ascending the stairs to board Air Force One. Clips and images of the trip have led to a firestorm of memes on social media, especially Twitter.

“Chair Force One,” wrote Kyle Kashuv, a gun rights activist, sharing a manipulated image of the president ascending the steps of the Air Force One in an Easy Climber stair lift.

Others jokingly insinuated that the recent downtime in WhatsApp and Instagram was due to the influx of Biden memes.

“Probably due to the high influx of new Biden memes,” wrote Benny Johnson, quoting a tweet by BNO news reading, “Instagram and WhatsApp are down, cause unknown.”

“Me heading over to Twitter to see if Instagram is down for everyone,” another user wrote, sharing the footage of the fall.

Others compared Biden’s fall with previous famous falls on staircases, such as when Jennifer Lawrence tripped at the Oscars.
“Did Jennifer Lawrence possess Biden’s body momentarily there?” someone wrote on Twitter.

Perhaps the most creative was a Twitter user who photoshopped a clip of former president Trump hitting a golf ball that lands on Biden’s head causing the fall. “Ok ok it makes sense now #Bidenfall,” the user wrote.

StClair’s sharing of the incident is one of the examples of the fall being deleted.

“Instagram removed my story of Joe Biden falling up the stairs for ‘violence and incitement’ StClair wrote. “The only thing I was inciting was a new Life Alert ad idea!”