He stated that social media is all geared to the reverse of quality control… and to generate an emotional response, often one of moral outrage.
Share 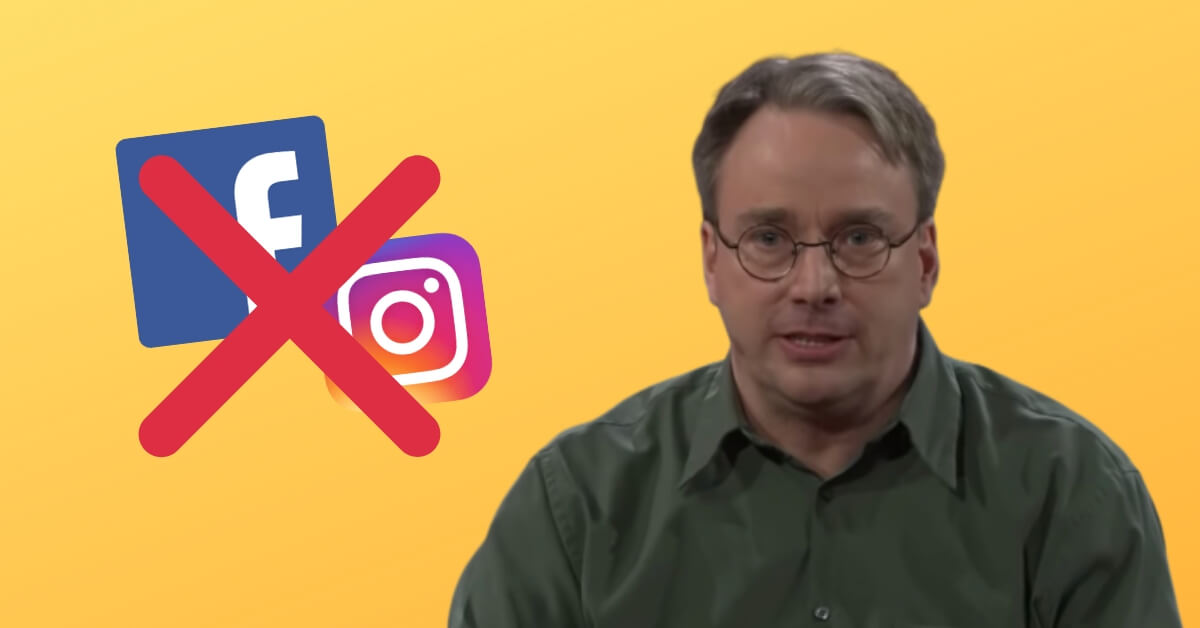 In a recent interview with an award-winning journalist, Robert Young, Linus Torvalds, the developer of Linux, shared his thoughts about the one thing he would love to fix about the networked world.

According to Torvalds, he dislikes modern “social media,” the likes of Twitter, Facebook, Instagram, and much more – calling social media a disease because they seem to encourage bad behavior.

In Linus’ viewpoint, the email also shares part of this ‘disease’ because it all involves the use of the internet where both parties aren’t talking face to face:

I think part of it is something that email shares too, and that I’ve said before: “On the internet, nobody can hear you being subtle”. When you’re not talking to somebody face to face, and you miss all the normal social cues, it’s easy to miss humor and sarcasm, but it’s also very easy to overlook the reaction of the recipient, so you get things like flame wars, etc., that might not happen as easily with face-to-face interaction.

But according to Torvalds, email isn’t that bad in encouraging bad behavior. In the interview, Linus said that the email still works because both parties on opposite sides still have to put in the effort to write the email, and there’s generally some actual content.

But email still works. You still have to put in the effort to write it, and there’s generally some actual content (technical or otherwise). The whole “liking” and “sharing” model is just garbage. There is no effort and no quality control. In fact, it’s all geared to the reverse of quality control, with lowest common denominator targets, and click-bait, and things designed to generate an emotional response, often one of moral outrage.

Torvalds said that the email is decent, unlike social media where people have developed the art of ‘liking, commenting, and sharing.’

Torvalds also thinks that there is both no effort and quality control in social media. He stated that social media is all geared to the reverse of quality control… and to generate an emotional response, often one of moral outrage.

The other evil with social media, according to Linus, is interaction in anonymity, when users don’t even put their real name on the ‘garbage’ they like or share.

Add in anonymity, and it’s just disgusting. When you don’t even put your real name on your garbage (or the garbage you share or like), it really doesn’t help.

I’m actually one of those people who thinks that anonymity is overrated. Some people confuse privacy and anonymity and think they go hand in hand, and that protecting privacy means that you need to protect anonymity. I think that’s wrong. Anonymity is important if you’re a whistle-blower, but if you cannot prove your identity, your crazy rant on some social-media platform shouldn’t be visible, and you shouldn’t be able to share it or like it.

Linus said he is among the people who think that anonymity is overrated. He also mentioned the confusion that arises among social media users who confuse privacy and anonymity.