Michael Bloomberg must be glad that his like-minded Democrats have not yet succeeded in outlawing online political ads: the former mayor of New York City and one of the world’s richest people has decided to spend $100 million precisely on this type of advertising.

Bloomberg has been, according to Reuters testing the waters for his own presidential run in the crowded Democratic primary market – but the 100-million worth of ads won’t be promoting his bid or his political platform. Instead, it’s a negative campaign, aimed against President Donald Trump, who is running for reelection in 2020.

The report says that the advertising “blitz” will target four US states where Trump is believed to be likely to struggle this time around, even though he won there in 2016.

In 2018, Bloomberg also spent millions propping up campaigns of Democratic candidates in the mid-term elections. But this time, his ad campaign might be an introduction into his own run for president.

Democrats are vulnerable here, however, because they are wasting time and money electing their candidate, while Trump is left to comfortably conduct his campaign as his political opponents continue to be mired in their primary race.

Much has been made of the ability of Trump and his campaign to use online platforms to promote his policies, while Democrats largely struggle to take advantage of the new media to get their message across organically and effectively.

Much has also been made of the way Trump uses political ads, with one ad published on Facebook recently causing a furious reaction from his political and media opponents, snowballing into calls to ban this type of advertising altogether, and piling on more pressure on social media giants to, one way or another, limit the ability of the president to use them to his advantage.

Bloomberg, however, seems to have chosen to play the game rather than cry about changing the rules in the middle of the contest. In addition to spending $100 million on anti-Trump messages, the billionaire reportedly plans to spend yet more on other ads promoting his own his policies.

According to a New York Times, Trump has so far spent some $27 million on Facebook and Google ads. 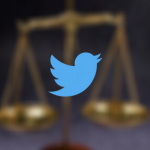 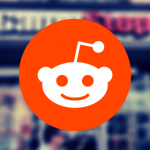 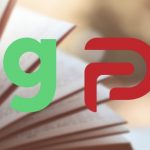 Users of alternative tech are now being targeted by cancel culture.

Users of alternative tech are now being targeted by cancel culture.

Some employees are annoyed Signal can’t be censored

Get ready for more of this.

YouTube has now removed over 500,000 videos under its COVID-19 rules