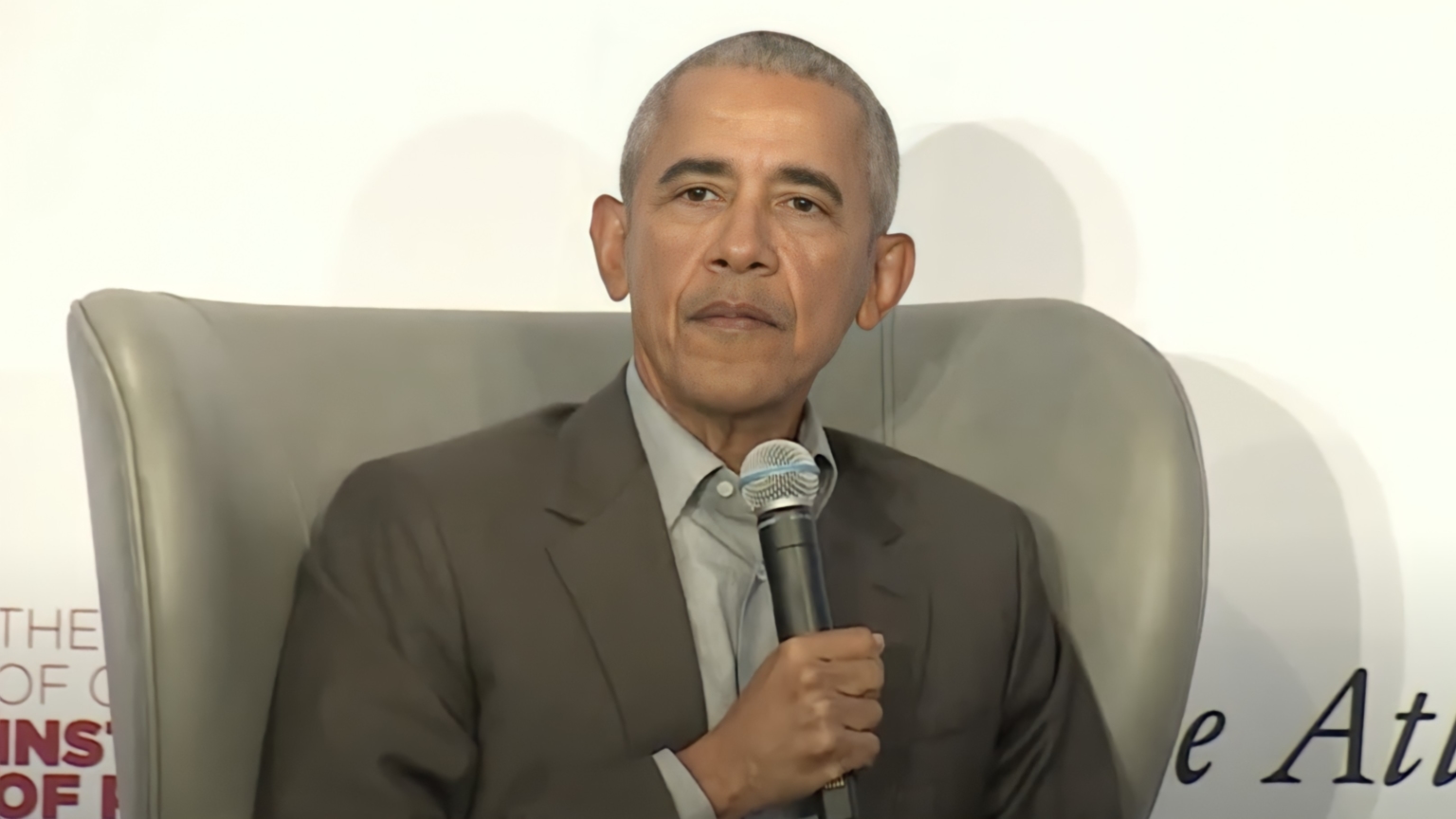 Former US President Barack Obama railed against social media platforms for supposedly prompting “white supremacists, insurrectionists, misogynist behavior, bullying behavior,” accused these platforms of undermining democracy, and called for them to be regulated during Wednesday’s “Disinformation and Erosion of Democracy” conference.

At the conference, Obama described himself as “close to a First Amendment absolutist” who believes that you “deal with bad speech with good speech.”

“We don’t want to be policing…everything that’s said on the internet,” Obama added.

However, when it came to speech that Obama deems to be “misinformation” or “disinformation,” he didn’t propose more speech as a solution.

Instead, he framed the weaponization of “information, disinformation, misinformation” as one of the things that he’s “most concerned about” and something that he “underestimated the degree to which democracies were as vulnerable to.”

“If you are…a woman, if you are a person of color, if you are a trans person right now in certain parts of this country, what’s said matters,” Obama said. “What you now have is…these product designs that are…in a non-transparent way, that we don’t have much insight to, a series of editorial choices are essentially being made that undermine our democracy and oftentimes, when combined with any kind of ethnonationalism misogyny or racism, can be fatal.”

Additionally, the former President invoked the January 6 Capitol riot and complained that social media platforms “have some insight into what’s more likely to prompt white supremacists, insurrectionists, misogynist behavior, bullying behavior” but haven’t been forthcoming about their product designs.

Obama’s proposed solution to his complaints about misinformation and social media is to regulate social media algorithms and subject these platforms to federal inspections.

“I think it is reasonable for us as a society to have a debate and then put in place a combination of regulatory measures and industry norms that leave intact the opportunity for these platforms that make money but say to them that…there’s certain practices you engage in that…we don’t think are good for our society and we’re gonna discourage,” Obama said.

He continued by arguing that “a democracy can rightly expect” social media platforms to share their insights with the public and be subject to a level of scrutiny from federal inspectors that is similar to the safety standards and inspections imposed on producers of meat, cars, and toaster.

Interestingly, when Obama was asked to provide examples of misinformation and disinformation during the conference, his stance varied wildly depending on how these examples affected him.

He branded the first example that he provided, media speculation about his birthplace, as agenda-driven promotion of “a clearly false fact.”

Yet when he provided the second example, the media’s accusations that he’d shared false information and lied about the Affordable Care Act, Obama admitted that what he’d said was “technically” false but justified it by claiming that “the basic principle I’d laid out, I meant and was true.”

This isn’t the first time Obama has pushed for government oversight of Big Tech. In 2020, the former President called for regulations that curb “crazy lies and conspiracy theories.”