PayPal to expand its speech restriction rules in November

An updated policy that pulls financial services from those that don't adhere to its arbitrary speech limitations.
Share 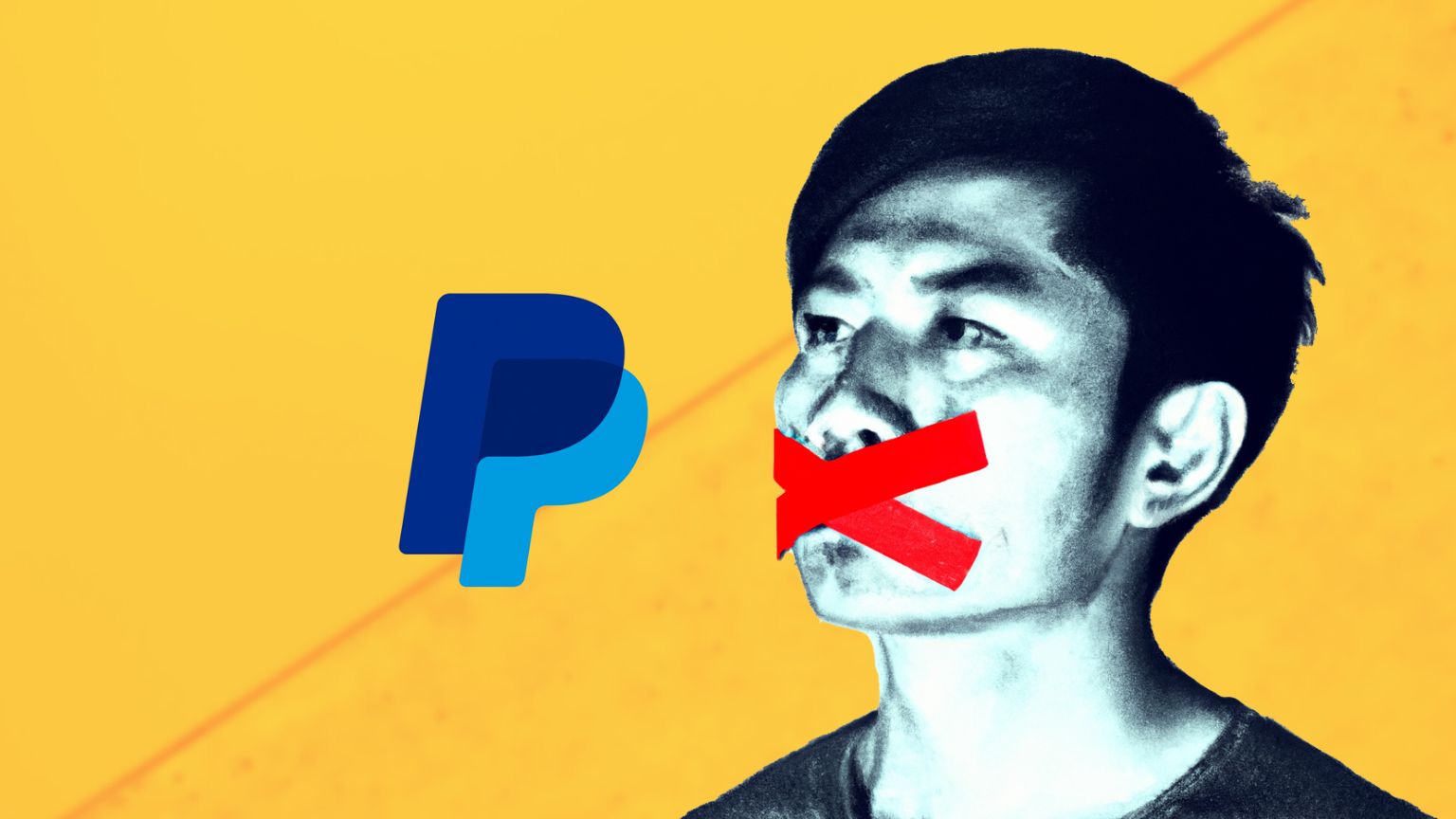 On the heels of its censorship spree in the UK – that received backlash so great it got the attention of lawmakers – PayPal is rolling out a new agreement that gives itself more censorship powers and the ability to strip income from those who don’t abide to its speech rules.

Violation of the “Acceptable Use Policy constitutes a violation of the PayPal User Agreement and may subject you to damages, including liquidated damages of $2,500.00 U.S. dollars per violation,” PayPal writes. 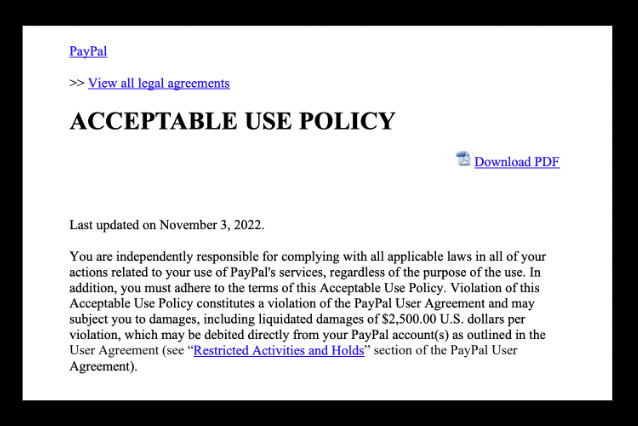 PayPal’s clause about taking users’ funds for a violation of its rules has long been established. But, as published on September 26th and to be effective on November 3rd, 2022, PayPal will add restrictions to its acceptable use policy that go beyond illegal activities and fraud and into the realm of policing speech.

The updated policy prohibits users from using PayPal for activities that:

“Involve the sending, posting, or publication of any messages, content, or materials that, in PayPal’s sole discretion, (a) are harmful, obscene, harassing, or objectionable … (e) depict, promote, or incite hatred or discrimination of protected groups or of individuals or groups based on protected characteristics (e.g. race, religion, gender or gender identity, sexual orientation, etc.) … (g) are fraudulent, promote misinformation … or (i) are otherwise unfit for publication.”

Big Tech platforms are increasingly finding ways to punish people’s speech under the guise of banning 🛡 “misinformation,” and making themselves as the arbiters of truth in deciding what is and isn’t true.

Backlash at PayPal in the last week caused it to backtrack on its censorship of the Free Speech Union, its founder Toby Young, and his news website The Daily Sceptic after pushback from both sides of the British political spectrum.

Critics argued that the removal of the accounts was view-point discrimination.

PayPal never gave a specific reason for the suspension of the accounts. They only said that the accounts had violated the acceptable use policy.

After the accounts were removed, a spokesperson for the financial services provider said: “Achieving the balance between protecting the ideals of tolerance, diversity and respect for people of all backgrounds and upholding the values of free expression and open dialogue can be difficult, but we do our best to achieve it.”

PayPal was accused of ignoring the fact that defending someone’s right to free speech is not the same as promoting their views.

“Forgive me if I don’t leap for joy,” Young told The Telegraph after the accounts were reinstated. “The last two weeks have been a nightmare as I’ve scrabbled to try to stop The Daily Sceptic and Free Speech Union going under. PayPal’s software was embedded in all our payment systems, so the sudden closure of our accounts was an existential threat.”

PayPal has a strong history of censorship. In June, it banned the account of evolutionary biologist Dr. Colin Wright who researches the differences between the sexes.

Free speech advocacy groups have criticized PayPal for the lack of transparency and its lack of due process when freezing or closing accounts. The groups argue that the company should give users with details on the policy that has been violated and an opportunity to appeal the decision.

When Dr. Wright asked why his account was suspended, he was told to “submit a subpoena.”