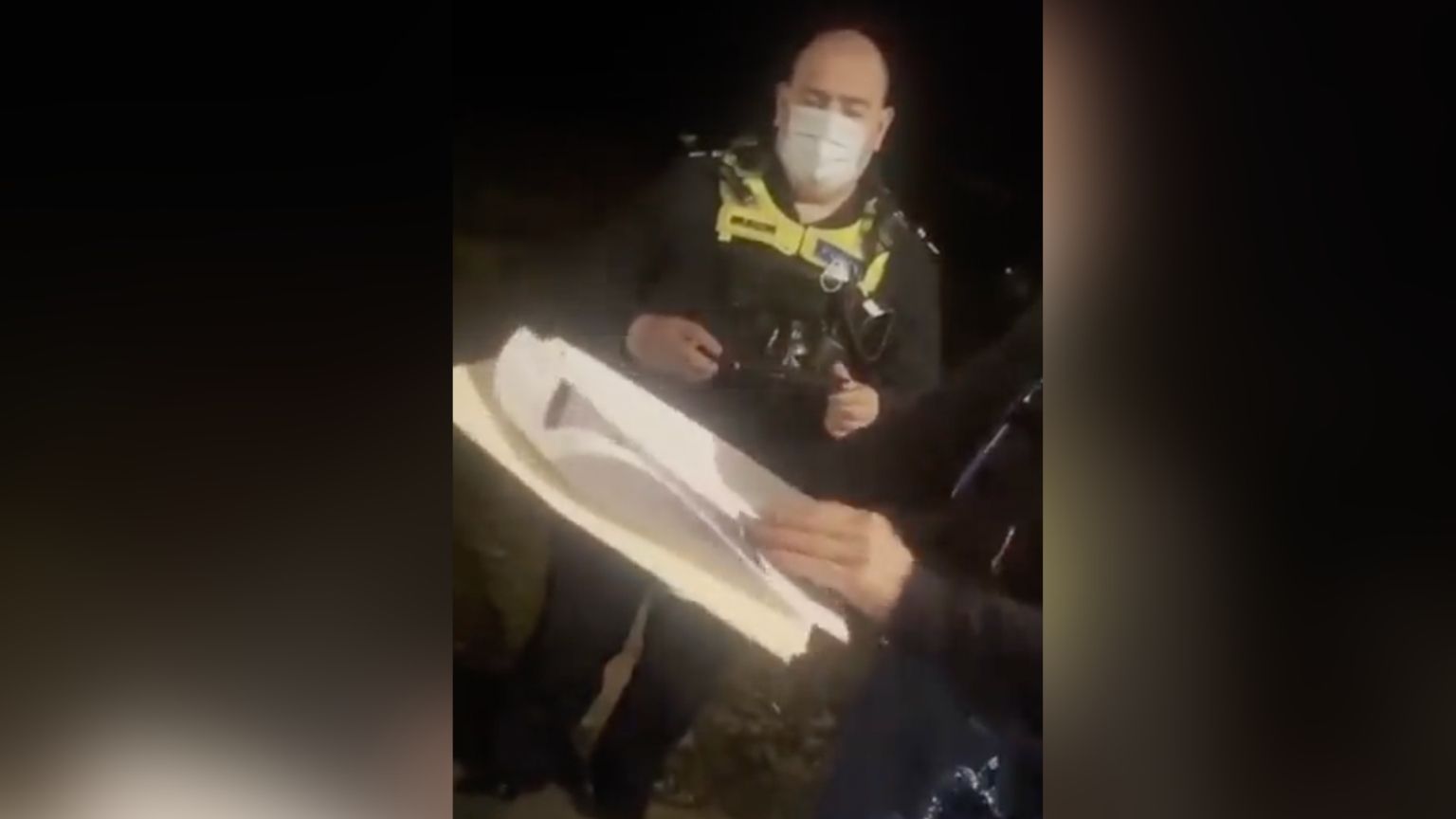 Australia has had a particularly difficult pandemic. Not necessarily because of COVID numbers, but because of what many see as a rapid erosion of human rights and dubious, rushed workarounds of the country’s long-standing standards and legislation in this area.

Strict lockdowns of entire neighborhoods of big cities, for instance, are still a thing down under; some apps mandated for contact tracing have in the meantime devolved into tools of mass surveillance.

And never far behind this are abuses and/or harassment of people that happens wherever authoritarianism starts gaining a foothold.

And so a number of popular Twitter accounts are sharing videos uploaded by Australians who had the police show up at their doors to question – or as one of them said, intimidate them.

In one chilling video, officers are inquiring about a citizen’ Facebook posts they thought meant he had been attending an anti-lockdown protest – six months earlier.

A verbal exchange between the officers – who were reportedly dispatched to this “important” task armed – centered mostly around the police trying to get the citizen to “admit” sharing the posts.

When he replied affirmatively to posting the content, one of the officers is heard saying, “So the question that’s being raised is, were you there?” – meaning, at the protest six months ago.

“Does it matter?” the citizen asks, then wondering why the police were there at all – since they didn’t appear to be able to serve him papers for potentially participating in the protest.

“It’s intimidation,” another voice is heard in the background.

“Why are the police at my door about a protest,” he asks, to which one of the officers responds, “Because it’s illegal.”

“Why? Black Lives Matter protests were two weeks before that. Is that illegal? You’re knocking on their door?,” he asks the police, who responds by saying, “Maybe” – making those on the other end of this debate chuckle and conclude, “Clearly not.”

In the end, the citizen declared that he “doesn’t recall” whether or not he was at the protest, rendering the police trip to his door meaningless, and no doubt, paid for by taxpayers.

Another video shows the police at a person’s door “just for a friendly chat” – and the question was if that citizen had “any planned protests or events coming up.”

The next question was if the citizen had any communication about the planned protests, if they used platforms to communicate about it, and if they had gone to any protests in the past – all receiving a defiant “no” reply.

The police framed their presence as the need to learn about what “might help ensure public safety.”