The satire site is a growing censorship target.
Share 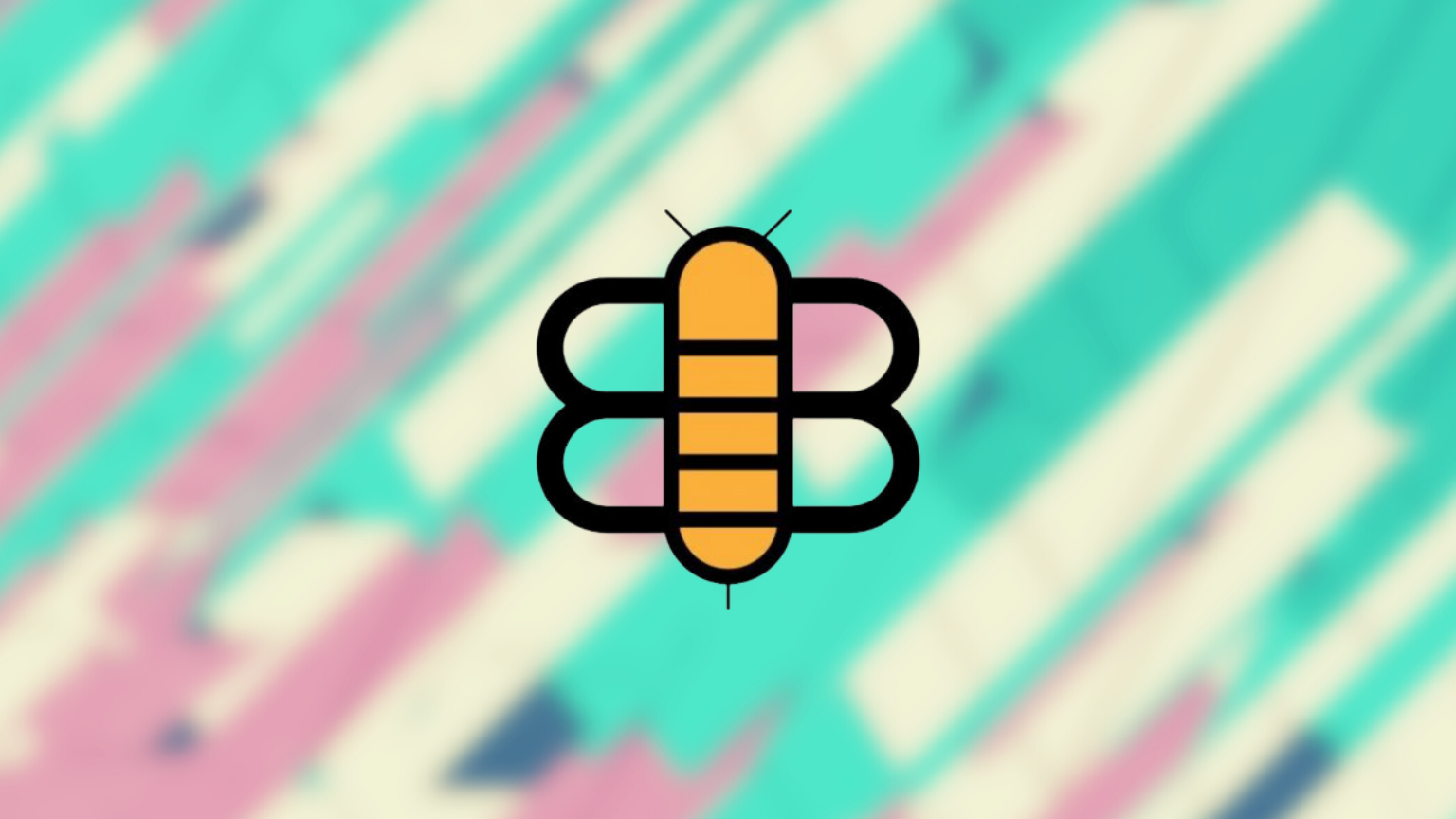 The war on satire is picking up speed on social and mainstream media, who seem to be embarking on an Orwellian undertaking to define humor and enforce that particular definition, and then use it as a pretext to censor content they dislike.

Seth Dillon, CEO of the Babylon Bee satirical site, warned about this, illustrating how Facebook and mainstream media like Slate appear to be playing tag-team on this latest perplexing policy.

The first screenshot is of a Facebook blog post published several days ago that announces the tech giant is developing what it calls “a framework for assessing humor and satire.” 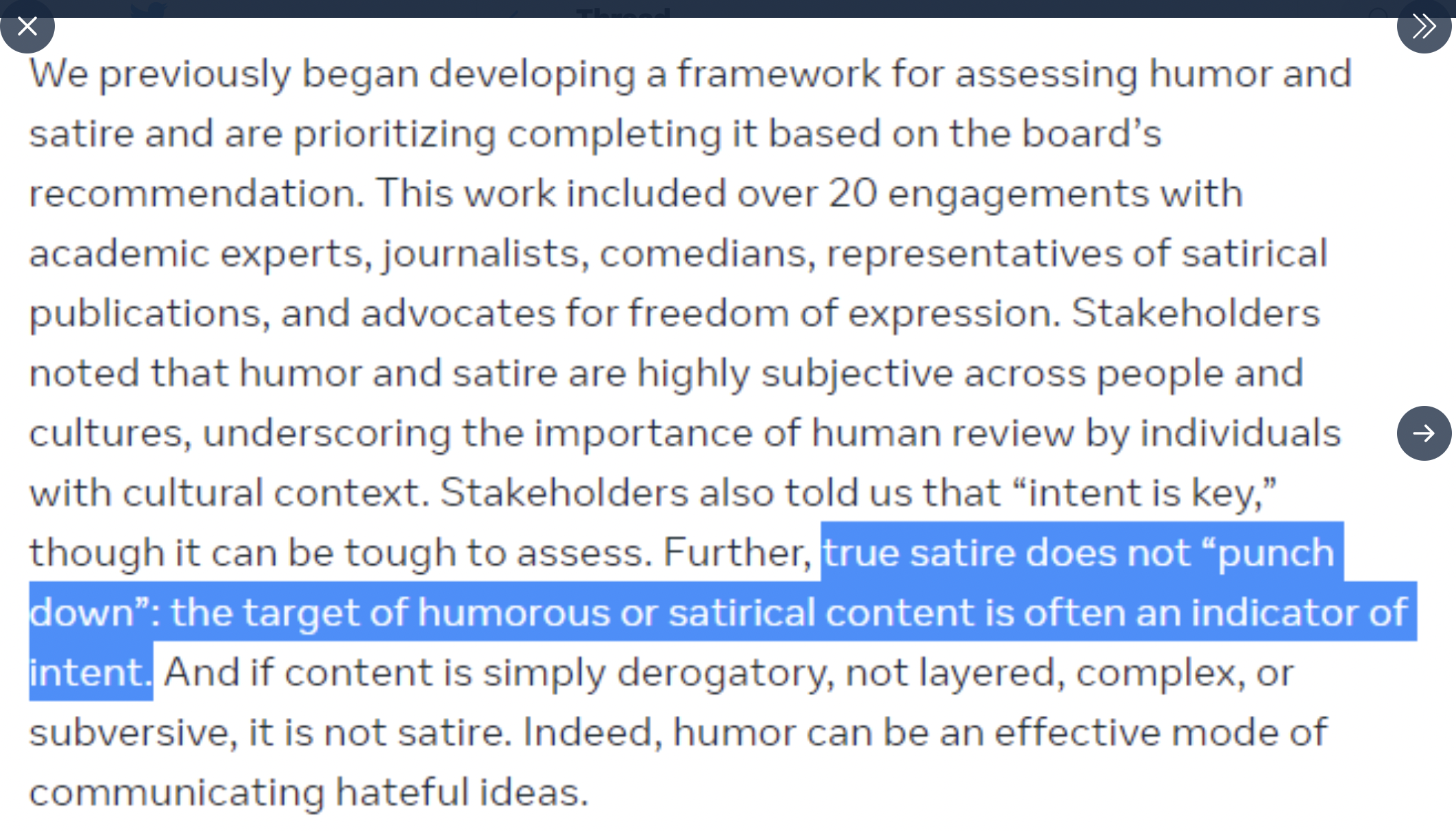 To make this sound credible, Facebook adds that it “engaged” with more than 20 unnamed journalists, comedians, academic experts, as well as those representing satirical publications and free speech activists.

And while they agreed that humor and satire are very subjective – they appear to think that intent behind it can be assessed objectively, and a decision made whether something is “true satire.”

And that kind “does not punch down” – Facebook said, adding that “the target of humorous or satirical content is often an indicator of intent.”

At this point, journalists’ ears must have pricked. If they can frame The Babylon Bee as an outlet that “punches down,” they can get it banned.

Fast forward a couple of days, and Slate Magazine had already picked up on Facebook’s own “intent” here – as the second screenshot shows it stating that the Babylon Bee has “a nasty tendency to punch down with humor parts of its audience find ‘refreshingly politically incorrect.'” 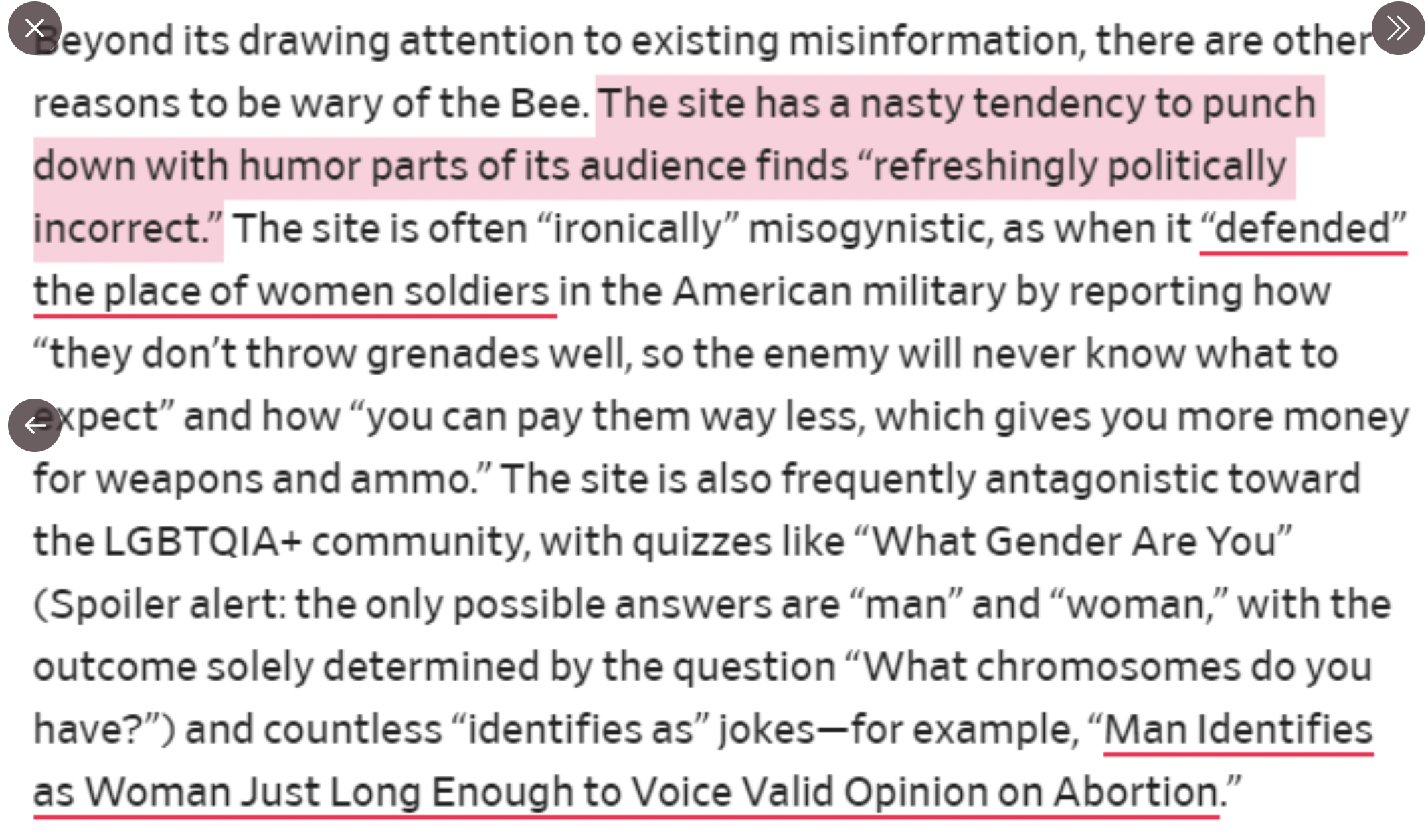 The type of humor Facebook and its corporate media allies are trying to define and regulate is that which doesn’t align with leftist values, and the Babylon Bee, who have already been under fire for their satirical content taking aim at that ideology, are concerned as to where all this might lead.

As Seth Dillon put it – “If you can’t see where this is going next, you’re blind.”

In subsequent tweets, Dillon took issue with accusations that his publication punches down when it comes to the transgender community, saying that the target are not its members, but “the top-down tyranny of the left’s progressive agenda and the destruction it’s wreaking throughout society, enabled and fueled by all the most powerful people and institutions.”

In other words, the site believes it’s punching up.

Dillon also accuses the left of using the idea of punching down to set the stage for more censorship, this time by dictating what people are allowed to joke about.

And the Babylon Bee CEO doesn’t like the “punch-down” notion in itself, seeing it as basically condescending towards others.

The Babylon Bee soon found it self banned from MailChimp before the email company then reversed the decision. 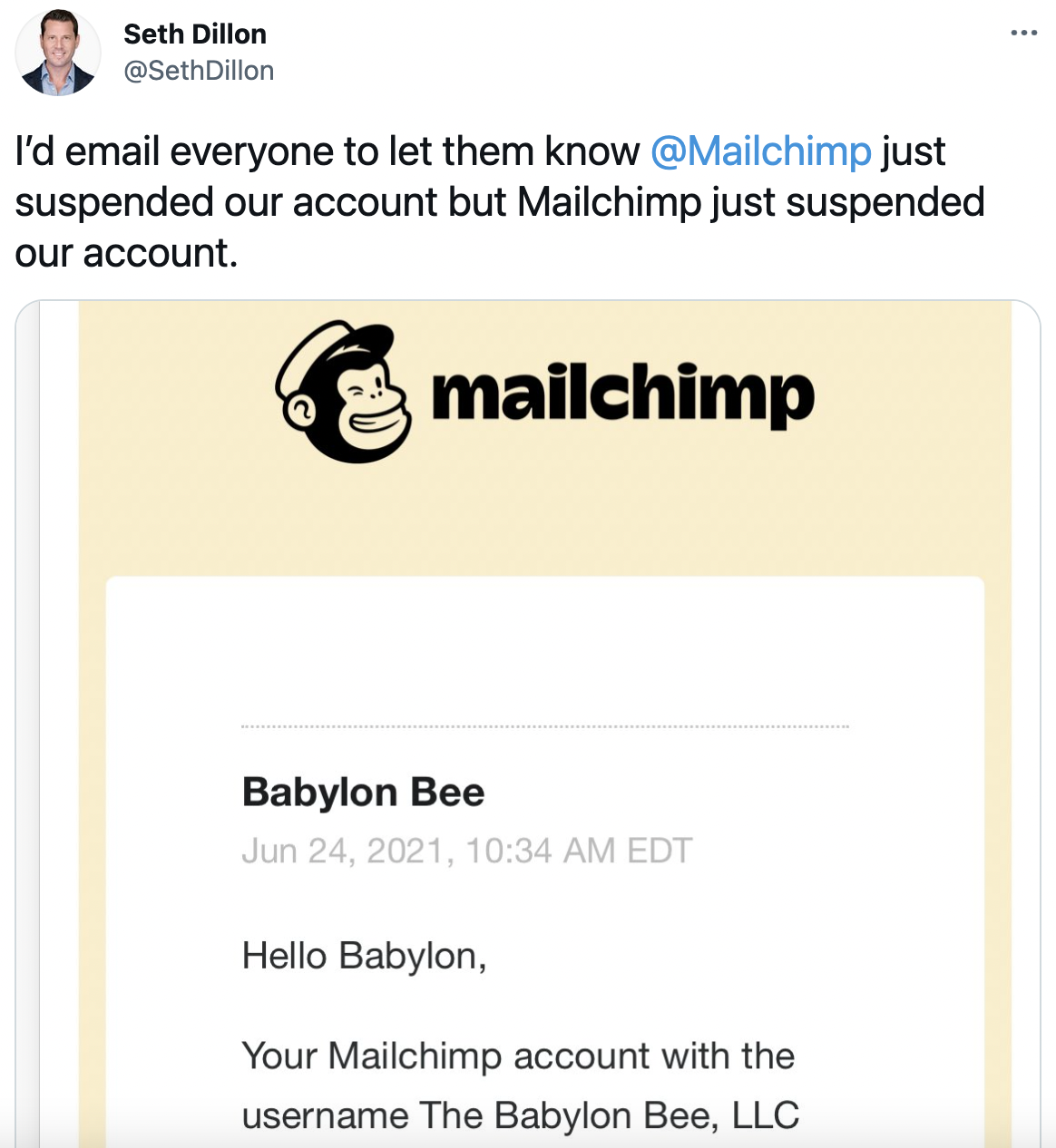