The EU puts Elon Musk on notice with its censorship demands 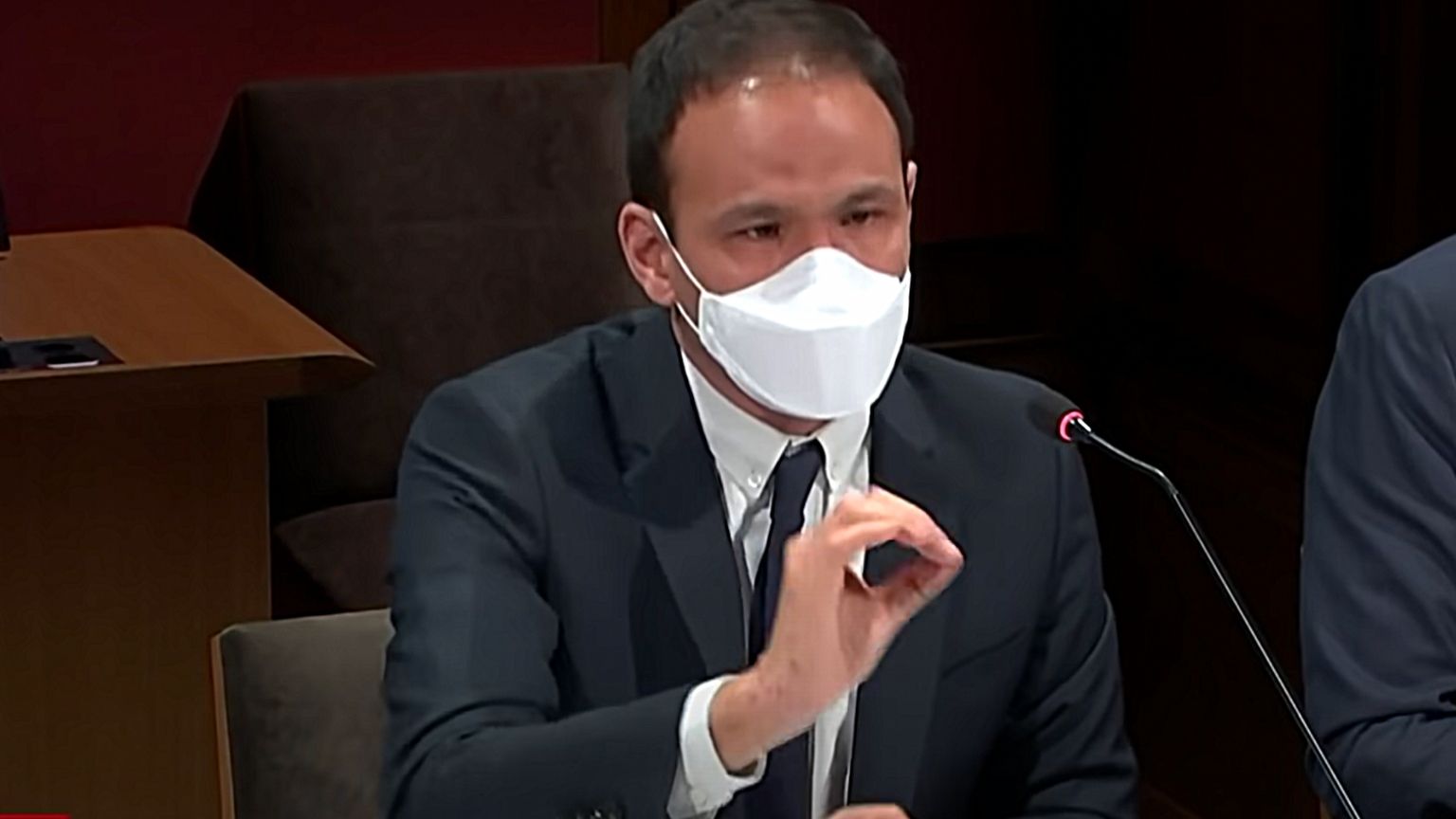 Elon Musk’s acquisition of Twitter is the kind of stuff you can’t make up – and for once, even EU bureaucrats are prepared to acknowledge (they ostensibly always see it, but like to deny it) that there’s a new, emerging reality they live in.

A new sheriff in town, if you will.

And the Twitter takeover story seems to have the EU positively frazzled.

After all, Musk is a billionaire who has worked as a part of, within, and thanks to the system for years now to become who he is. Why would they doubt that he would fully comply?

Well, Musk has been having some “revolutionary” thoughts of late. And as we know, “in a time of universal deceit – telling the truth is a revolutionary act.”

Like this: Twitter, with its influence and mindshare power, is in fact, a digital town square. That’s how Musk recently put it. That’s very different from the way this, and other Big Tech platforms have been defending their “right to censorship” – namely, that they are merely “plain and simple, privately-held companies” and therefore not subject to legal limitations such as those imposed by the US Constitution’s First Amendment.

We can only imagine the kind of alarm bells that this one statement alone must have set off, in so many places. But as far as Europeans are concerned – why would the EU even care about any of this? Unless that is, the EU has in the meantime adopted the US Constitution, along with all its amendments.

Cedric O, France’s digital minister, said that while there are “some interesting things” Musk wants to push for at Twitter, the EU’s new Digital Services Act “will apply regardless of the ideology of its owner.” 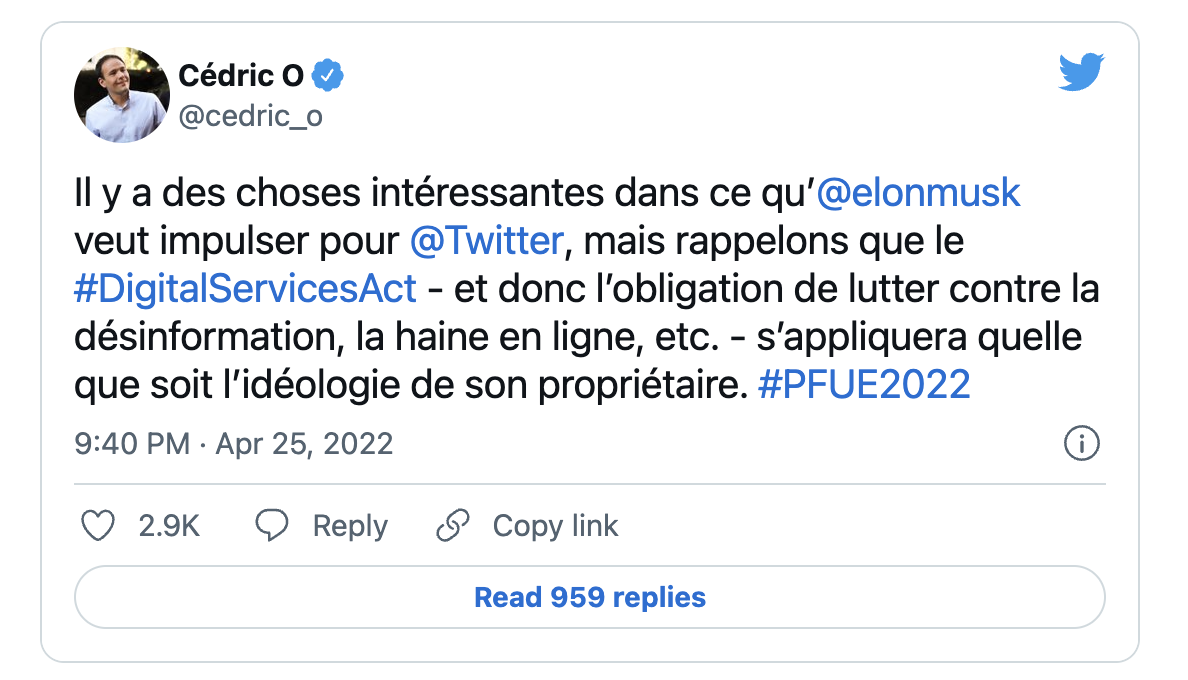 Either way, with the Musk acquisition, what we are seeing is several rattled establishments. How long that remains the case, and what it’s really worth – only time will tell.

But it is very telling right now of the way the EU functions as the junior partner in the “trans-Atlantic partnership” – when it comes to controlling social media.

“Moderation” aka, “censorship” is the key concern here going forward. How will Twitter enforce it now? Musk, a man who is now labeled as “eccentric billionaire” is warned that in the EU, it is the-fresh-out-the-mint, Digital Services Act, that will have the last word.

That (ideology?) will apply regardless of “the ideology of (Twitter) owner,” said France’s digital minister.