Tim Cook dreams of the day Americans vote by iPhone

The Apple CEO wants governments to put voting in the hands of tech companies.

Apple CEO Tim Cook believes that US voters should be allowed to cast their ballots using their phones, specifically, their iPhones. He revealed this during an interview published by the New York Times.

The comments came on the heels of Cook joining other corporate giants like Delta, Coca-Cola and JPMOrgan Chase, and Democrats, including Joe Biden himself, who are now up in arms against Georgia’s new election security law.

They say that the Republican-led effort to reform voting rules in order to prevent election fraud is an attack on voting rights – something the party strongly denies. But critics say the law will suppress votes, particularly of minorities said to have been instrumental in bringing Biden to power.

When asked if technology might be the answer to “voting issues” like election rigging, Cook was very enthusiastic in embracing the idea, saying, “I would dream of that.”

He then justified this stance by adding that since banking and health information is already handled by Big Tech – in his words, “we have more information on a phone about us than in our houses” – so voting should be no exception.

According to Cook, the debate about voting rights may be misdirected, as the real focus should be on solving problems by using technology.

Referring to this vaguely as “incorporation of updated technology” he said it would mean that more US residents than ever – i.e., those with phones, would be able to vote. Cook believes that the real problem is in making voting simple, and judging by his statements published by the New York Times, he has no particular concerns that the election system might in reality face more security challenges if people are allowed to vote using a phone – nor that the idea might cause more political acrimony.

But security experts who considered this possibility last November told CBS that it could serve to discriminate against voters who cannot afford iPhones or internet access, along with inherent problems like online security, not to mention voter identification.

Not for nothing, only a few countries have so far toyed with the idea of allowing their citizens to vote on their phones. In order for the US to even consider such a move, it would have to make “a significant investment in digital infrastructure, distribute the technology equitability, make sure the digital voting process can be audited for accuracy, and prioritize voter security and privacy,” experts and policymakers said in November. 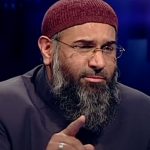