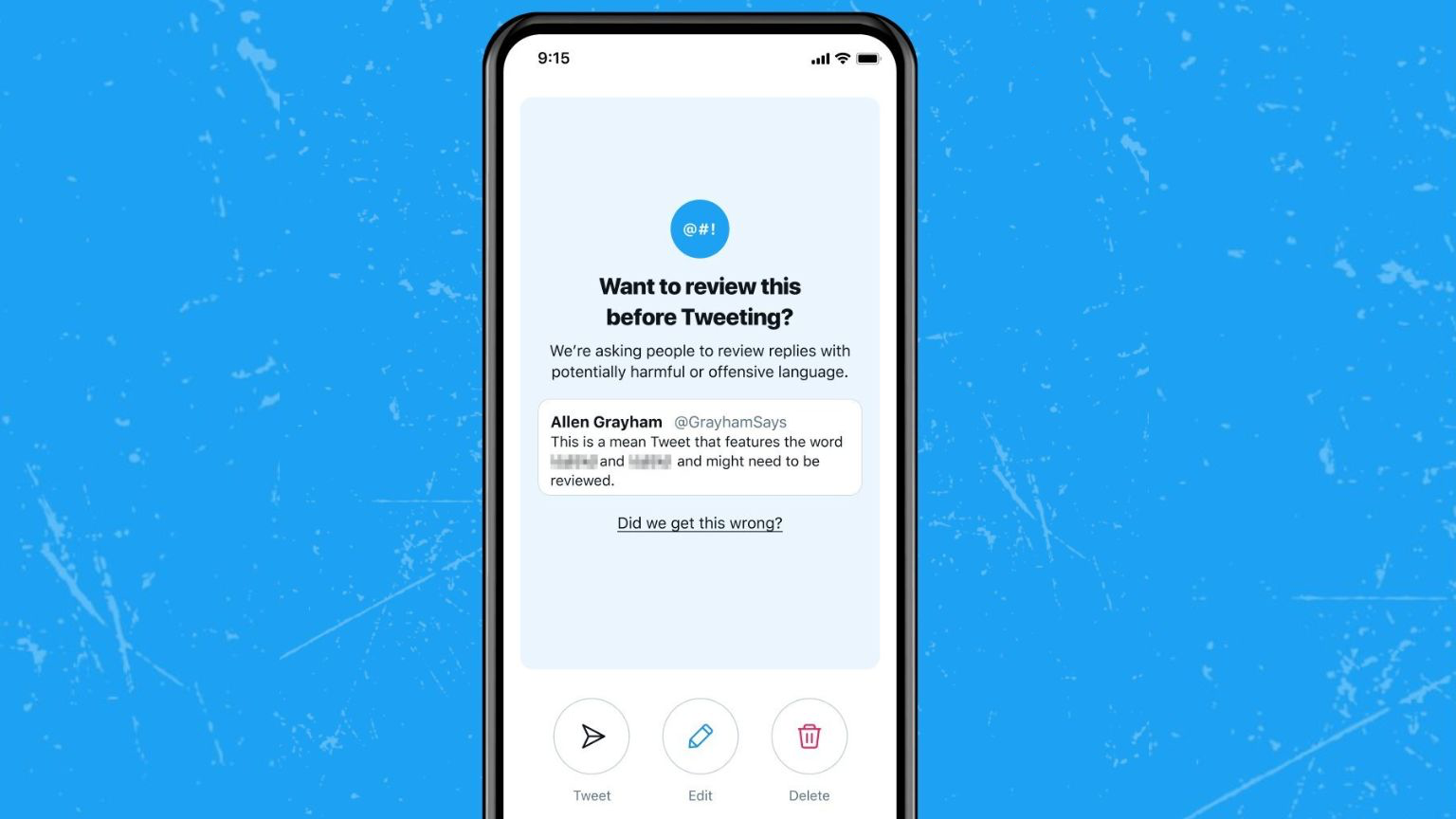 Cattle are prodded to go in a required direction, while social media users are “nudged” – and some platforms have no problem using this kind of language to describe how they are “handling” and directing their users’ activities.

In the latest example – that has to do with “potentially offensive” prompts in languages other than English – Twitter’s Safety team shouts this from the rooftops in a blog post titled, “How Twitter is nudging users to have healthier conversations.”

So in addition to positioning itself as arbiter of truth, one might deduce Twitter is coming out as a “health” expert.

Currently in a testing phase, the feature sees a large prompt loom over the actual tweet a user is composing, basically asking, “are you sure you meant to say that?” The actual message reads, “Want to review this before tweeting”?

With the tinge of condescension and possible threat of censorship established in this way, it is added in smaller print that Twitter is merely “asking” users to review replies that contain potentially harmful or offensive language.

Twitter, of course, decides what qualifies as harmful and offensive. And, well aware of the shortcomings of its moderating/censorship, there is also a smartly, if qualitatively, introduced option for users to help “train” the algorithm by clicking a link that allows them to state that Twitter “got it wrong.”

Be that as it may – and if Twitter’s report is to be trusted – so far 30 percent of the time users were either intimidated or annoyed enough to give up and cancel and delete their own original posts.

But it’s fairly unlikely that a “dedicated troll” would even pay attention to prompts like this.

Of course, one way to allow the rest of the users to correct for something they might have posted in the heat of the moment is not to have them delete or never post their thoughts and express themselves – but to give them the edit button.

That doesn’t seem to be happening any time soon, and now English speakers are no longer alone in being subjected to “subtle cues, i.e., nudges” that this social site is learning from psychologists as a way to influence and steer the “masses.”