Twitter locks out Dr. Naomi Wolf after she questioned coronavirus narratives and lockdowns

Dr. Naomi Wolf, DailyClout CEO and a prominent and long-time Democrat supporter and adviser, has experienced online censorship because her stance on Covid lockdowns and more does not toe the official line relentlessly enforced by Big Tech.

For decades, Wolf, a feminist and former President Clinton staffer and Al Gore adviser, was “allowed” to speak her mind unhindered by censors, but when she started to question the way the Covid pandemic has been handled, one after another social media networks started temporarily restricting her accounts and removing her content, including when reposted by other accounts. 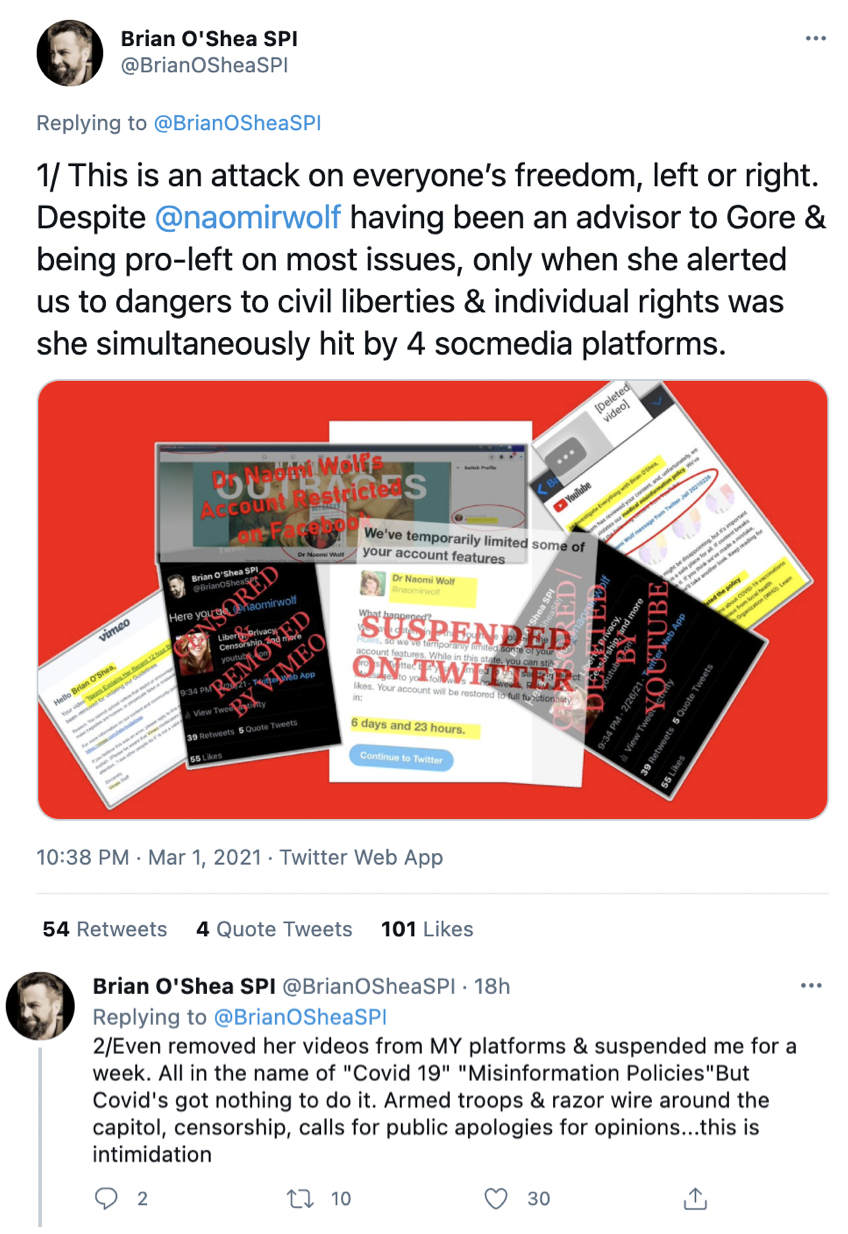 Guilty of this behavior have been Twitter, Facebook, YouTube, and Vimeo. As for Wolf’s transgression – and that of those reposting her – these platforms believe that she was spreading misinformation around Covid.

One of the tweets that show Wolf’s position on lockdowns came mere days after the US presidential election, when she declared she would not have voted for Biden had she known that he was, after all, “open to lockdowns.” 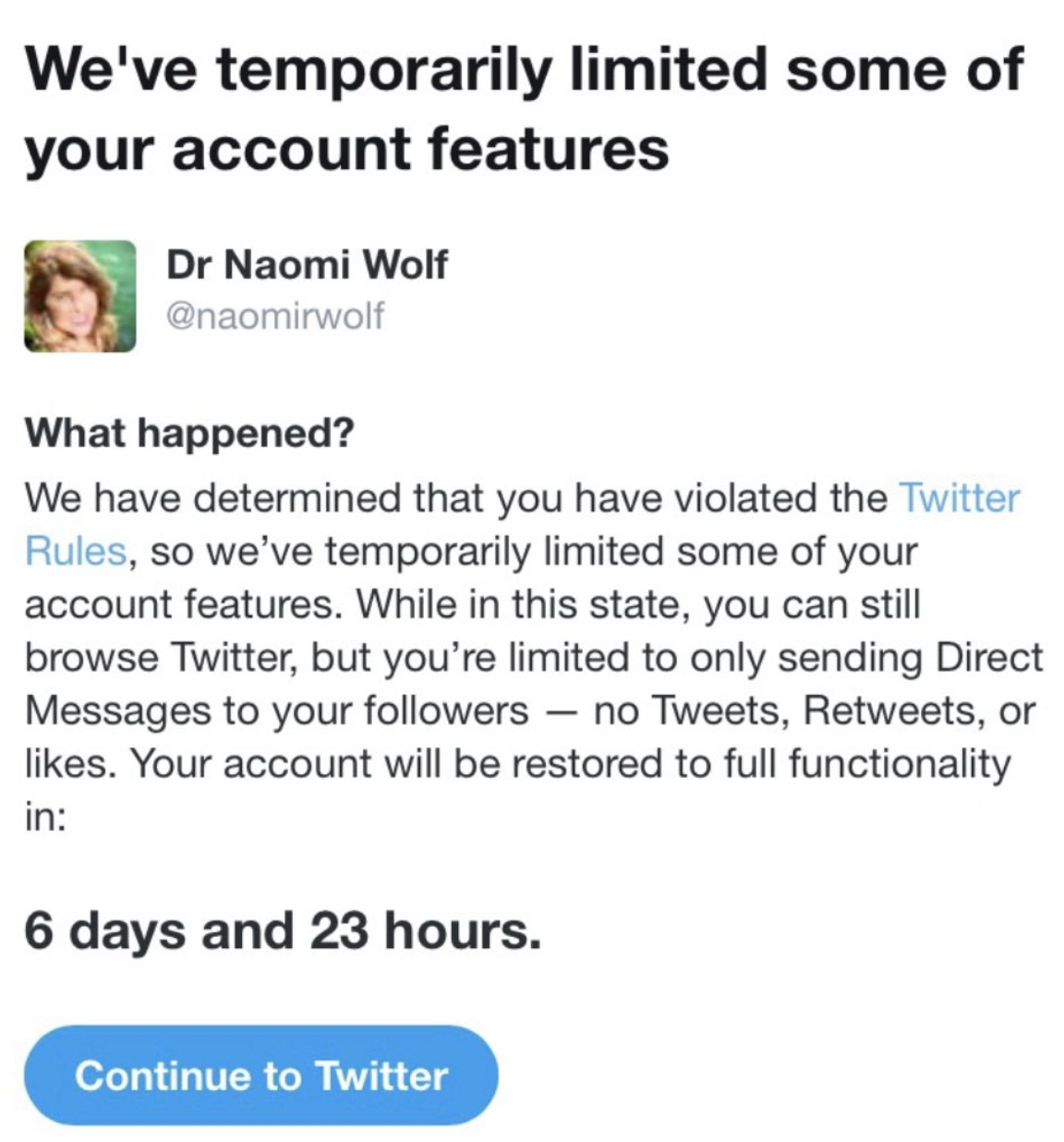 To Wolf, lockdowns are “a terrifying practice, one that won’t ever end because elites love it,” she shared in the same tweet.

But as this left-leaning Democrat explained to Fox News host Tucker Carlson, this was just one of many of her social media posts putting a harsh question mark on how justified the policy is, and what kind of new reality it is creating.

The two unlikely interlocutors – given their political preferences – came together to conclude that lockdowns and other measures introduced as protection from a disease are in fact moving the US society “into a coup situation,” as Wolf put it.

They also agree that the practice is undermining the Constitution and the rule of law and that the situation is dire enough to require people overcoming their ideological differences to address it together.

Wolf also recalled that she in 2007 wrote her book, The End of America: Letter of Warning to a Young Patriot, which details ten steps of transition from a democracy into an authoritarian state, and according to her, with the pandemic, the US is now moving into step 10.