The erosion of civil liberties is being fast-tracked.
Share

Asking people to call the police on family engaging in “conspiracy theories” is an idea that sounds like it comes out of China’s social credit system.

But it’s not. It’s happening in the United Kingdom.

Police in Manchester, England, are engaging in a social media campaign, requesting local residents to call police if any of their friends and family are engaging in “conspiracy theories.”

“Online platforms can be a fun world. Unfortunately, they can also be used to exploit vulnerable people. If you are worried that one of your friends or family is showing signs of radicalisation seek advice or call police on 101,” Greater Manchester Police said on Facebook. (Archive)

101 is the non-emergency number to contact local police in the UK. 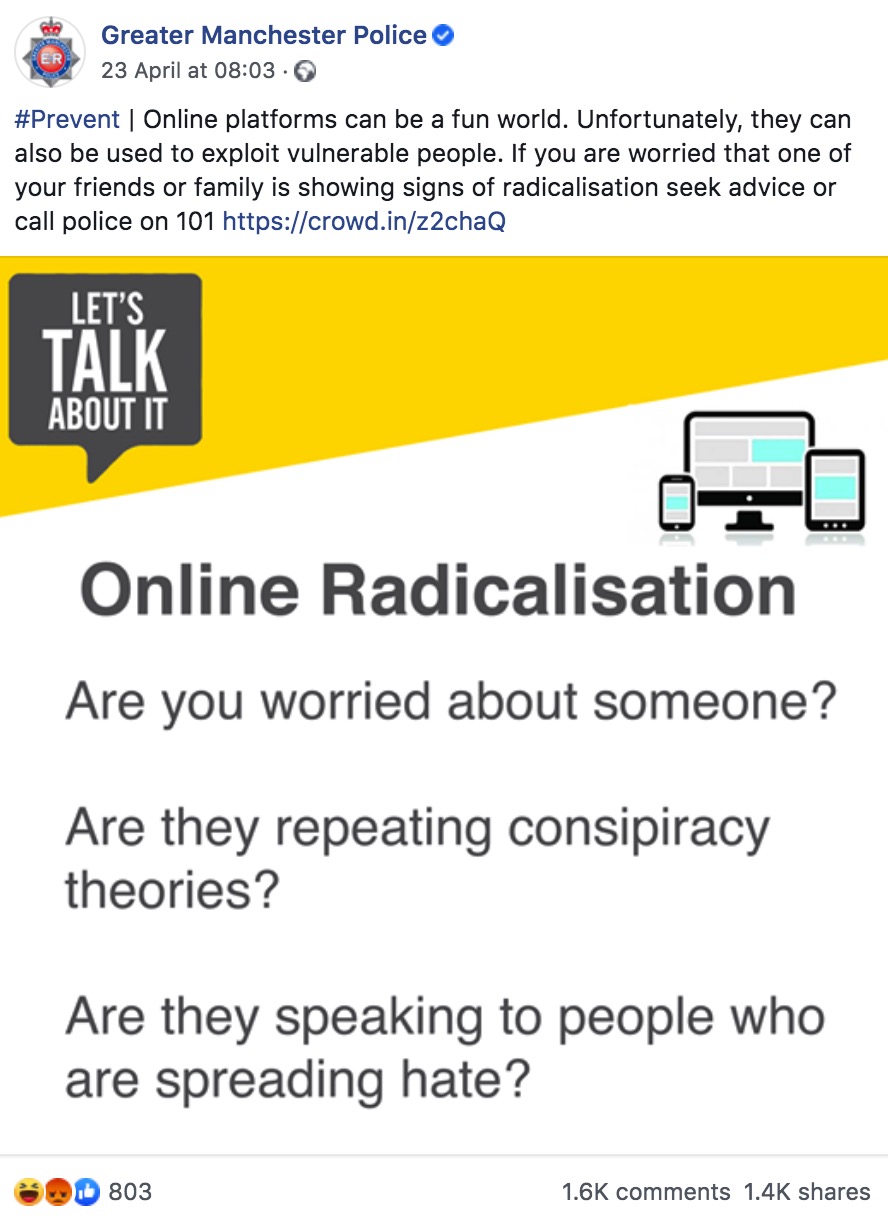 In a time when civil liberties are becoming strained and social platforms are taking an extreme approach to stamping out “conspiracy theories,” public skepticism is rapidly increasing – and Greater Manchester Police’s statements are only appearing to exacerbate that.

If you ever had any doubt that the public isn’t aware of the Orwellian direction things are going in, you’d only have to look to the comments:

“How ironic that it was people accused of being ‘Conspiracy Theorists’ in the past that actually warned us a totalitarian police state would come and here it is,” replied Paul Nolan Jones.

“Do not think for yourself, do not question what you are told, trust nothing but what the government tell you and under NO CIRCUMSTANCES discuss alternative theories that concern YOUR life and that of YOUR loved ones. If anyone was in any doubt about the totalitarian police state path we are being led down atm, I suggest that you have a really good think about the above police statement,” said Emma Wells.

“Did you guys actually do any proper police training when you signed up or were you handed a copy of George Orwell’s 1984 to memorise instead? – THE THOUGHT POLICE are alive and well in 2020. Do you realise what you’re doing to society if you’re implementing action taken on the above?!,” said Charlotte Binns.

Update – April 30: In light of the Greater Manchester Police deleting the post to avoid criticism, this post has been updated with the screenshots of the comments that were featured in this article, and an archived version has been added for historical purposes. 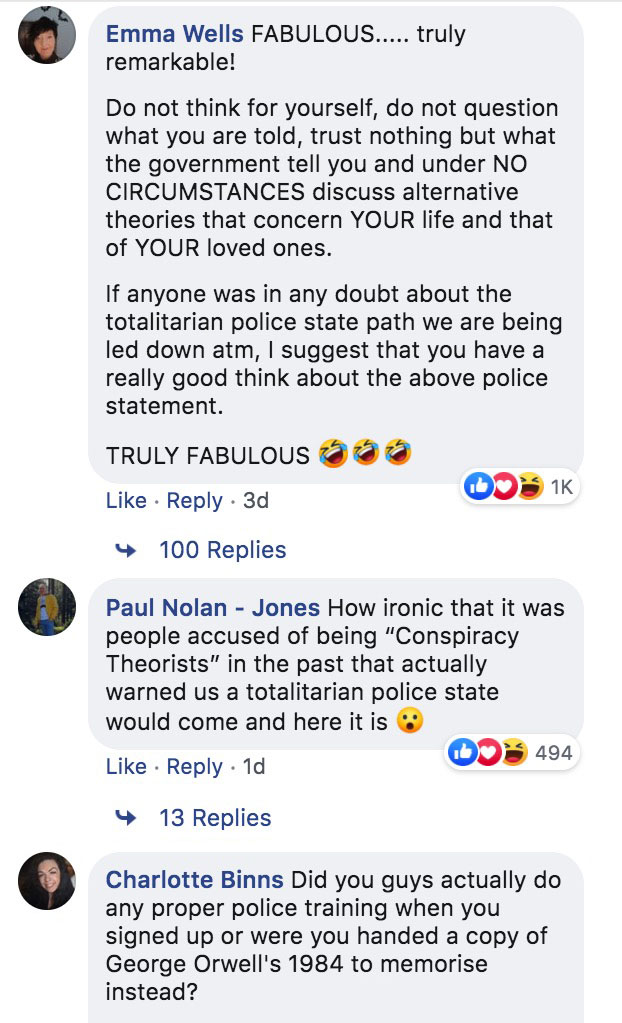