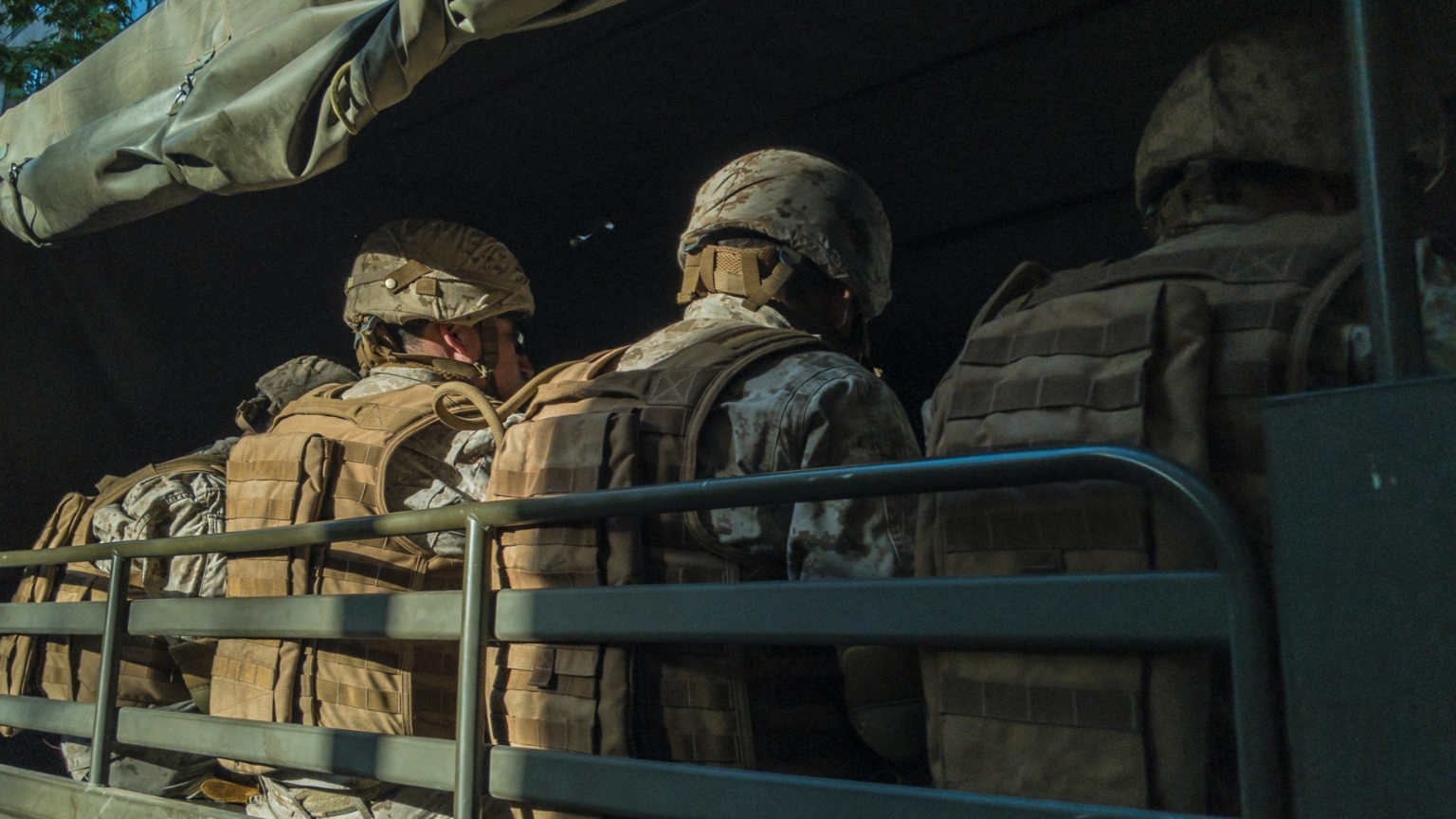 After a New Jersey mom took to Facebook to criticize posters in the entrance to a local school that promoted various sexual preferences, a high-ranking United States (US) military official from a local Joint Base accused her of causing “safety concerns” and flagged her post to state and local law enforcement.

The story was first covered by Chaos and Control which documented mom and Board of Education (BOE) member Angela Reading sharing her concerns about the posters in a public Facebook group on November 22. Some of the posters that Reading criticized promoted sexual preferences such as “pansexual” and “polysexual” (terms that refer to a sexual attraction towards people regardless of their gender).

In her post, Reading said she was “livid” after her seven-year-old daughter read the posters while attending an elementary “Math Night” and asked Reading what “polysexual” means.

“Why are elementary schools promoting/allowing elementary KIDS to research topics of sexuality and create posters?” Reading wrote in the Facebook post. “This is not in the state elementary standards (law) nor in the BOE-approved curriculum. It’s perverse and should be illegal to expose my kids to sexual content. Look up the terms, and you will see they are sexual in nature.”

Reading added: “How can my young children be accepting of people ‘who are sexually attracted to multiple genders’? They don’t know what sex is! Are adults talking about their sexual life with my kids and looking for affirmation? Are there elementary students engaged in polyamorous or multi-gender sexual activity who need my kids to know about it and cheer them on? I am very confused and very angry.” 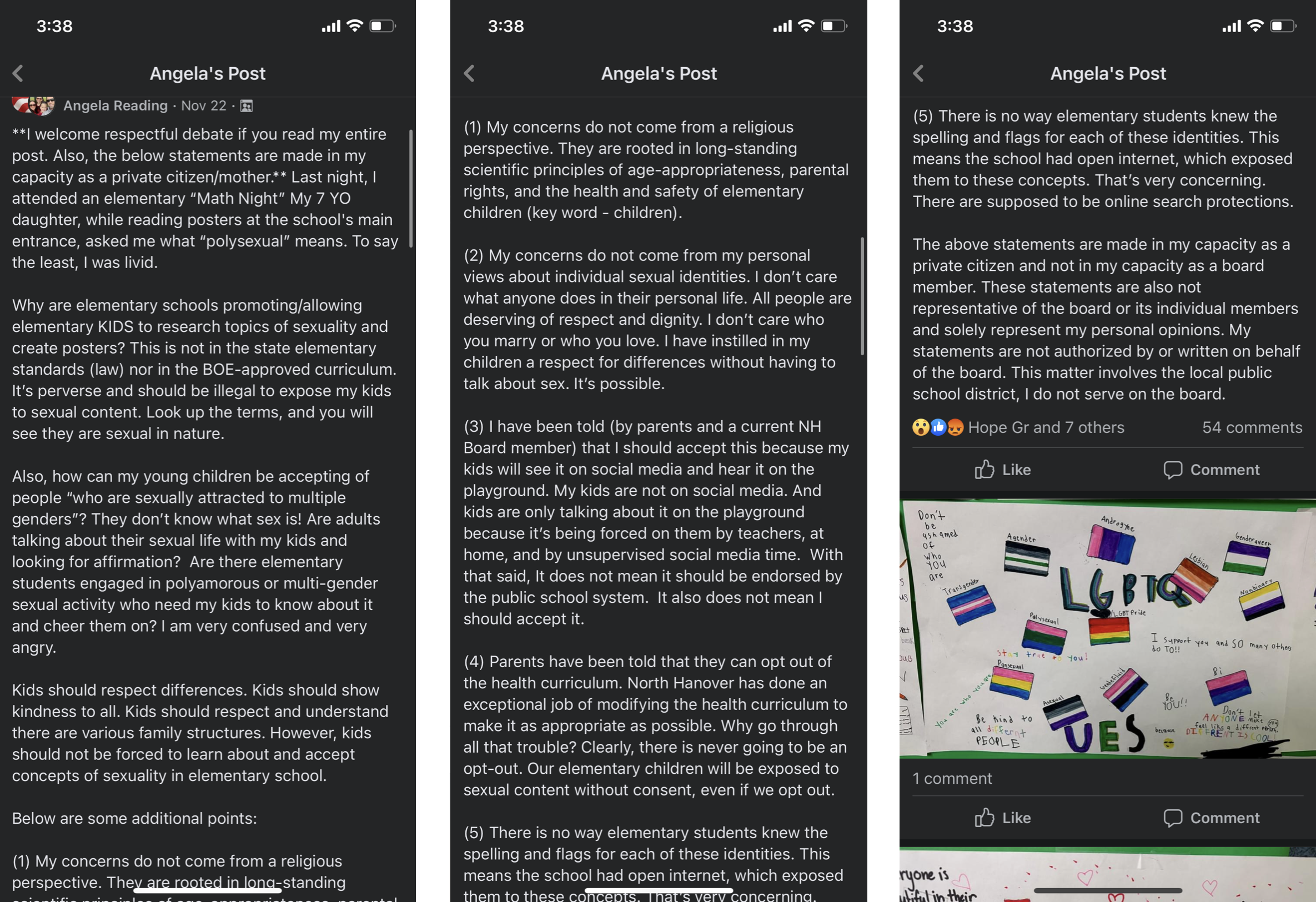 Then the military official got involved.

Lieutenant Colonel Christopher Shilling responded to Reading’s post by accusing her of causing “safety concerns for many families.

He added that the Joint Base (McGuire, Fort Dix, and Lakehurst) has had its Security Forces “working with multiple state and local law enforcement agencies to monitor the situation to ensure the continued safety of the entire community.” 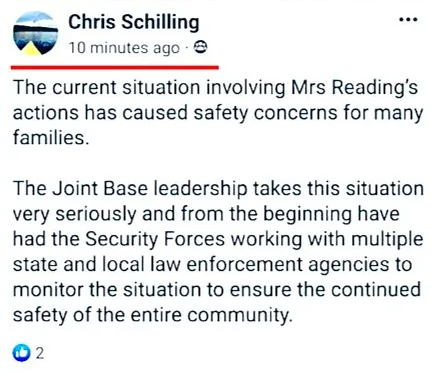 In a statement to Tucker Carlson Tonight, the Joint Base confirmed that it had “notified local law enforcement about the social media exchange, which is common information-sharing practice among law enforcement entities.”

However, Carlson pointed out that “a military base is not a ‘law enforcement’ agency.”

He added: “The purpose of the military is to defend us from foreign enemies, not to police our Facebook posts.”

In an interview with Carlson, Reading said that shortly after Schilling had targeted her, the local police chief contacted the admin of the Facebook group and told her that the post “should come down.” Reading agreed to have the post taken down and then contacted the police chief directly to remind him of the First Amendment.

“We shouldn’t be utilizing government resources and our positions to pressure individuals to take down Facebook posts,” Reading said.

Reading’s story is the latest of many examples of federal and local government departments potentially violating the First Amendment by flagging posts for censorship.