One of YouTube’s biggest homegrown stars, PewDiePie, has been targeted by the platform once again, as one of his videos has been removed for a violation of the Google-owned giant’s cyberbullying and child safety policies.

This professionally produced diss video was making fun of the fans of the rapidly growing Cocomelon channel, geared towards children. The “diss” format, i.e., content deliberately made to stir up controversy and elicit response from competition is a way to gain attention and grow a channel, and one of the things that make YouTube “appealing” that have helped it gain massive audiences, of which the company is well aware.

In his video, PewDiePie is heard using profanities and handing toy guns to several children featured in it, who then use them to “attack a melon.”

YouTube’s explanation for the removal of the video is that it “looked” like it was for children, but contained inappropriate imagery. A statement also admits that diss videos and criticism of other channels are actually allowed, but that the company decided this one had crossed the line.

It’s also important to note that YouTube already has an option creators can check if a video is “Made For Kids” – which is not an option that PewDiePie picked, making it odd that YouTube would suggest that the video was targeted towards kids. YouTube also has a separate YouTube Kids app that kids are supposed to use.

It also emerged that YouTube censored PewDiePie for “persistently inciting hostility between creators for financial gain,” even though this is the “business model” of many of the platforms’ cash cows, and has been for years.

Regardless, YouTube decided not to issue a strike against PewDiePie’s channel, but warned that future violations could produce one.

Confirming the censorship on Twitter, YouTube reiterated that they thought the video violated the company’s policies around child safety and harassment, and that reuploads and any clips from it will also be purged from the platform, while stills from the video are allowed. 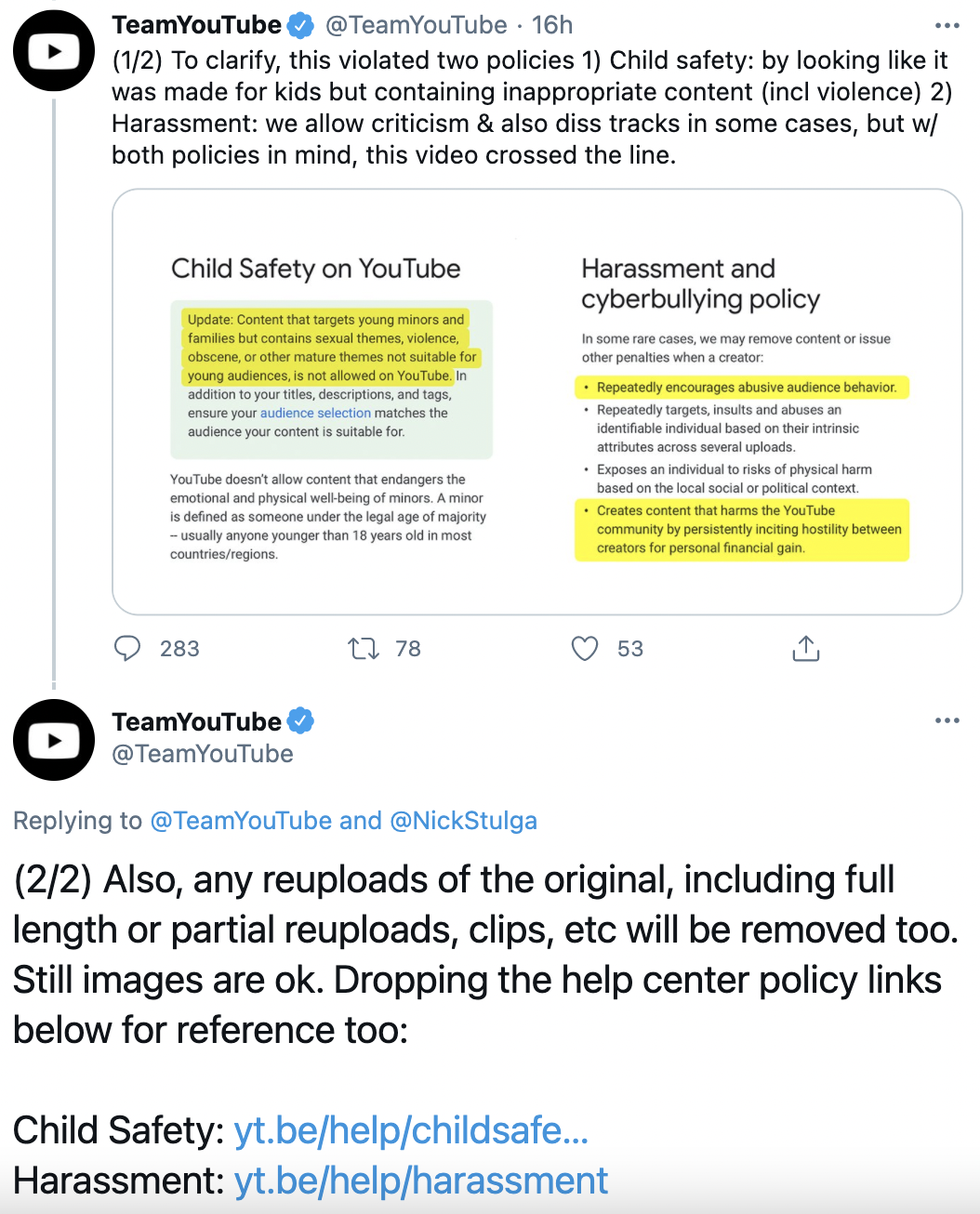 Another popular channel, The Quartering, soon reported that YouTube was enforcing the decision to scrub the platform even of clips from the controversial video. 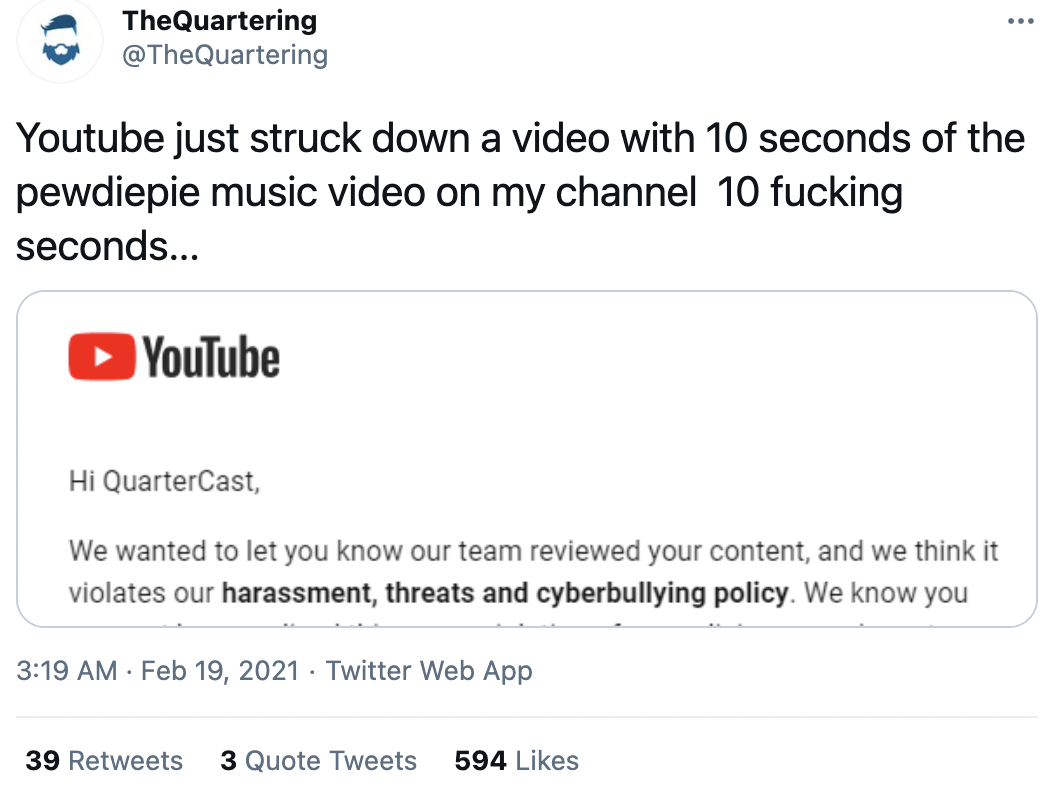 The channel’s owner Jeremy said on Twitter that one of his videos was struck for using 10 seconds from the PewDiePie music video. The note YouTube sent states that the company “thinks” this violated the policy on harassment, cyberbullying and threats.

A reupload of PewDiePie’s video has also been removed in the meanwhile but reuploads also appeared on the alternative video platform BitChute.